Why I am Not a Christian Part 2: Biblical Errancy 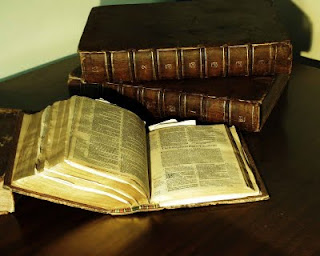 1) How many generations were there between Abraham and David?
Matthew 1:17 lists fourteen whereas Matthew 1:2 lists thirteen generations.

2) Is Paul lying?
In Acts 20:35 Paul told the people “to remember the words of the Lord Jesus, how he said, ‘It is more blessed to give than to receive.’” Since Jesus never made such a biblical statement, isn’t Paul guilty of deception, fabrication, or perjury?

3) Is scripture inspired by God?
According to 2 Timothy 3:16 “all scripture is given by inspiration of God.” But again, Paul has his own agenda, which is made clear when he states, “But I speak this by permission and not by commandment,” (1 Corinthians 7:6); and “But to the rest speak I, not the Lord,” (1 Corinthians 7:12); as well as, “That which I speak, I speak I not after the Lord.” (2 Corinthians) Aren’t Christians being dishonest when they claim the whole of the Bible is “God inspired” as Paul took great pains to say it was not?

4) Did Jesus command Paul to Baptize others or not?
In 1 Corinthians 1:17 Paul clearly states that Jesus sent him not to baptize but to preach the Gospel. Consequently, this contradicts Jesus command to, “Go ye therefore, and teach all nations, baptizing them…” (Matthew 28:19)

5) Was the baby Jesus ever taken to Egypt?
Matthew 2:15, 19, and 21-23 tells that the infant Christ was taken into Egypt to escape the massacre of the innocents. Luke 2:22 and 39 the infant Christ was NOT taken to Egypt. Moreover, the massacre of the innocents is deemed redaction by New Testament historians. This means the event as told by Matthew and Luke is simply an interpolation, a literary technique by which they link the themes of one Messiah to give validity to the next by rewriting the Moses myth and the flight from a bloodthirsty pharaoh and fitting it into the new work of fiction. Notably, there is no historical account of Herod the Great killing any children during any period.

6) Where did Jesus preach the first Beatitudes?
In Matthew 5:1-2 Jesus preached his first sermon on the mount, but in Luke 6:17 and 20 he preached his sermon in the plain. A mountain is distinctly not a plain.

10) When did the fig tree keel?
The fig tree withered immediately in Matthew 21:9, and the disciples registered surprise then and there. Yet in Mark 11:12-14 and 20 the disciples noticed it had withered the morning after and expressed astonishment.

12) Was the girl dead or just dying?
In Matthew 9:18 Jairus asks for Jesus’ help, saying his daughter was already dead, but in Luke 8:41-42 he approaches Jesus to request his help because his daughter was dying. So which is it, was she dying or dead?

19) Who was the father of Joseph?
Matthew 1:16 has the father of Joseph as Jacob, whereas Luke 3:23 informs the father of Joseph was Heli. Christians shall try to reconcile this discrepancy by telling us that one is the heritage of Mary and the other of Joseph, but this is historically implausible. According to Hebrew and Greek cultures of the time, both patriarchal societies, ever only concerned themselves with paternal lineage. Moreover, both passages claim it is Joseph’s bloodline, not Mary’s.

21) What animals (and how many) did the disciples bring to Jesus?
In Matthew 21:2-7 Jesus was brought an ass and a colt (2 animals) whereas Mark 11:2-7 contradicts that claim by stating Jesus was only brought 1 animal, a colt.

23) Did the temple shroud tear before or after the death of Jesus?
Luke 23:44-46 states the curtain of the temple was torn in tow prior to Jesus last breath, whereas Matthew 27:50-51 states it occurred during his last breath, the same time as Jesus’ death.

25) If we decide to do good works, should those works be seen?
Matthew 5:16 says, “Let your lights so shine before men that they may see your good works.” 1 Peter 2:12 similarly states, “Having your conversation honest among the Gentiles: that… they may by your good works, which they shall behold, glorify God in the day of visitation.” This contradicts Matthew 6:1-4 “Take heed that ye do not your alms before men, to be seen of them… that thine alms may be in secret,” and Matthew 23:3-5 which states, “Do not ye after their [Pharisees’] works… all their works they do for to be seen of men.”

29) Who is correct, Jesus, or, Jesus?
The fact of the matter is, Jesus contradicted his own teachings on more than one occasion, okay, on a few dozen occasions.

31) Judas died by asphyxiation and a broken neck or by being disemboweled?
Acts 18 Judas is disemboweled and all his guts spilled out, but in Matthew 27:5 it distinctly states that Judas hung himself.


33) How many women came to the sepulcher?
John 20:1 states only one, Mary Magdalene went alone, but Matthew 28:1 claims otherwise, stating that is was Mary Magdalene and the “other Mary” (possibly Jesus’ Mother or Mary of Bethany) went together.


36) Where did Jesus Christ first appear to the disciples after the resurrection?
Was it in a room in Jerusalem (Luke 24:32-37) or on a mountain in Galilee some sixty miles away? (Matthew 28:15-17) The bottom line is, although a magical Jesus may be able to be in two places at once, certainly the disciples could not possibly be.


When Did Jesus Eat the "Last Supper"?

Did Jesus eat the "Last Supper" on the evening when the Jews sacrificed and ate the Passover lambs, or did he eat his "Passover" meal on the evening before?

This question arises because there seems to be a contradiction between what Matthew, Mark and Luke say, and what the Gospel of John tells us. For example, Matthew 26:17 says: "On the first day of the Feast of Unleavened Bread, the disciples came to Jesus and asked, ‘Where do you want us to make preparations for you to eat the Passover?’ " The first three Gospels seem to indicate that Jesus and his disciples ate the "Last Supper" meal on the evening beginning Nisan 15. That is when the Jews would have been eating their Passover meal—on the beginning of the first day of Unleavened Bread. (See also Mark 14:12-16 and Luke 22:1, 7-8.)


However, John clearly states that the Jews had not eaten the Passover meal, even though it was the morning after Jesus’ arrest. John 18:28 says: "Then the Jews led Jesus from Caiaphas to the palace of the Roman governor. By now it was early morning, and to avoid ceremonial uncleanness the Jews did not enter the palace; they wanted to be able to eat the Passover." John 19:14 says that the day during which Jesus was crucified was only the "Preparation [day] of Passover Week." By John’s reckoning, Jesus ate the Last Supper meal one day earlier than the Jews ate the Passover meal.


Because of this contradiction between the first three Gospels and John, scholars continue to puzzle over the issue of when Jesus actually ate his final meal. Even though the term "Passover" was often applied to the entire Festival of Unleavened Bread, not just Passover day, Jesus’ eating of a "Passover meal" could have, hypothetically speaking, occurred at any time during the festival season. However, it seems that the time of the traditional eating of the Jewish Passover—on the evening of the beginning of the first day of Unleavened Bread—occurred just as Jesus was being put in the tomb. Hence, the chronological question about Jesus’ eating the Last Supper remains. If the best professional historians and scholars are baffled, I don't see how Christian apologists are any better off. It would seem this is no small discrepancy for anyone who is looking for a straight forward answer.


At any rate, these examples are just a sampling of the thousands of Biblical discrepancies, errors, and contradictions; hundreds of which exist in the New Testament alone. It is by no means an exhaustive or authoritative list, but it is a list worth pondering over. After all, asking the questions is the first step in discovering the answers.

And especially the excellent resource: http://skepticsannotatedbible.com/contra/by_name.html


Just to clarify, I'm not asking that Christians give me answers to all the Biblical discrepancies, because they can't, although many have tried—most of their attempts do not pass muster (according to the critical standards of Higher Criticism). All I can do is simply point out the problems where they lie, the fact being, that in order to be a trustworthy or reliable source for the foundation of Christian faith, every single one of these problems must be answered for.


Only then, when all the historical accounts match up, and all the facts fall into line, and everything can be collaborated and verified as to be understood as most certain, would a rationalist consider Christianity to be a trustworthy establishment. As the majority of the problems cannot be currently justified, Christians inevitably try to rectify these incontrovertible errors by reconciling the numerous contradictions with a great exercise of exegesis so bogged down by its own disputable nature that it couldn't possibly be sound or reliable—let alone the ultimate truth. And all this controversy, invariance, and discord all contributes a small fraction to why I am no longer a believing Christian.
Posted by Tristan Vick at 5:53 AM