The Atheist Missionary Q & A 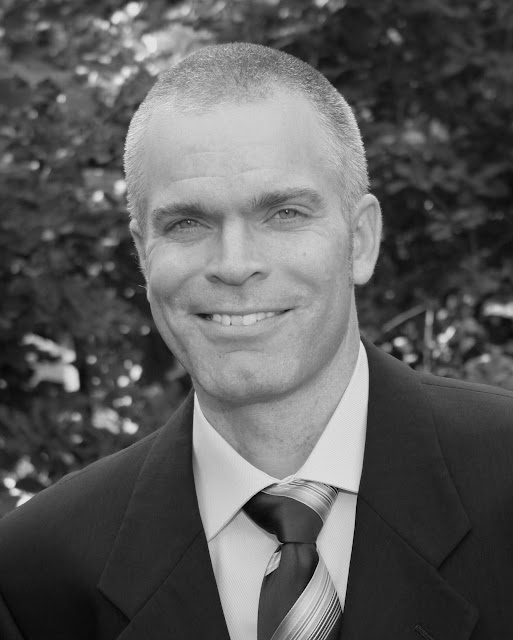 The Atheist Missionary (TAM) runs a spiffy blog and we recently interviewed each other as a means to start an atheist dialog among fellow atheists. Sometimes it's nice to have an intelligent conversation now and again instead of merely having to repeat (ad infinitum) to some reality denier that Evolution is a "honest to God" real scientific theory. So we discussed things from the atheist perspective about religion and what we'd like to see more of from the atheist movement.
If you're interested my interview it is already up at his web site in a post titled: Advocatus Atheist Q & A. You may want to check it out first as it is the first part of the conversation.

My Questions
Following your lead, I guess I will start by asking you a couple of the questions you asked me.


AvA: Are you concerned that religion may provide a net positive for the world? Why or why not?

TAM: Tristan, I am concerned about those who base their foundation of reality on religious beliefs. These are folks who simply cannot conceive of the world you and I take for granted.  More often than not, these are people who are not well educated and who often live in desperate circumstances.  Beggars in Mumbai ... Palestinian refugees .... shantytown dwellers in Johannesburg ... Jamaicans struggling to live on the few dollars they earn selling trinkets to tourists on the beach.  Religion sustains these people. It gives them hope in circumstances where, realistically speaking, there often is no hope. Sometimes I ask myself whether the world's most disadvantaged people would really be better off without religious irrationality and I am unable to answer in the affirmative with conviction.

AvA: Also, having raised the topic, I am equally curious about what you think atheist parents should be teaching their children about [G]od(s) and religion?

TAM: I should start off by noting that I am fortunate to have a spouse who is as skeptical of religion as I am.  This wasn't a topic we spent much time discussing before we had kids - we now have three, aged 5, 7 and 9. Like me, my wife was raised in a benignly protestant home with little overt religiosity. We now agree that religious indoctrination of children is tantamount to child abuse.  We would apply the same condemnation to those who would indoctrinate their children to be atheists. Kids are agnostic in every sense of the word and that is precisely the way it should be.

We strive to teach our children to think, not what to think. Like their parents, our children our incredibly strong willed and natural freethinkers. For good or bad, I think it is safe to say that they won't follow the crowd (at least for the sake of following the crowd).

My view is that atheist parents should teach their children, and expose their children, to a variety of religious beliefs and rituals.  A couple of summers ago, my wife and I took our daughter (then age 8) to a Roman Catholic wedding. I was delighted when she was invited by the bride to participate in the mass and she still talks about bringing the "Blood of Christ" to the priest. She's a very smart kid and didn't need her folks to tell her that this was just plain weird.

Whenever the topic turns to atheism and children, I am reminded of Richard Dawkins' letter to his then 10 year old daughter Juliet which you can find on my site here: http://www.atheistmissionary.com/2009/02/does-teaching-your-child-to-believe-in.html  In my view, this should be required reading for all middle grade students.

All of this being said, I still expect my kids to eventually rebel and run away to Bible school.

AvA: Living in Canada is probably a lot different than living in the U.S. (where I'm from) when it comes to religious matters. What, if any, are the major differences with regard to the religious climate and do you feel American religiosity has a negative influence on Canadian policy?

TAM: Great question. Overall, I see Canada as being much more tolerant than our southern neighbor towards religious diversity and that diversity includes non-belief.

I live in an area of southwestern Ontario where there seems to be almost as many churches as houses. The city where I reside (Owen Sound) was under Prohibition until 1961. Quite frankly, when my wife and I moved here in 1999, outing yourself as an atheist would have been akin to wearing a scarlett letter. However, the times are changing and perhaps that is due to the emergence of the new atheist movement following 9/11. I am currently a partner in our city's largest law firm and proudly carry my atheist torch as an active member of our local humanist association. As you know, I also write a local column entitled Irreligiosity for our local newspaper which I am proud to say is becoming quite popular.

I don't see American religiosity as having a significant effect on Canadian policy. In fact, I believe Canada is much more like Australia in the sense that we do not view being religious as a pre-condition to holding public office. Although our current Prime Minister Stephen Harper is an evangelical Christian, the leader of our official opposition (former historian, author and public intellectual Michael Ignatieff) is by all accounts an atheist.

TAM: For me, answering this question is like betting on NFL games, it's almost impossible to do objectively.

What I would like to say is that Christianity won't survive this century and will be relegated to the waste bin of history. That is what I would like to see for a belief system based on god/man whose afternoon on a cross supposedly atoned for all the wrong that has occurred (or will ever occur) in the history of humanity. If I may digress for a moment, is substitutionary atonement not the most intellectually vacuous concept ever conceived? Have you ever visited a children's cancer ward? What parent wouldn't submit to a thousand crucifixions to spare their child that pain?
My more Vegas sports book betting assessment of the future of Christianity is that it will thrive in countries where ignorance/poverty pervade and stagnate in countries which enjoy high qualities of health, wealth and education. Simply put, Christianity has nothing to offer those do not require a myth to give their lives a sense of purpose.

AvA: Is there anything you would like to see more out of the atheist camp? In other words, what do you think should atheists be doing that they're not and where could the atheist movement improve itself?

TAM: Atheists need to start coming out of the closet. We need to start explaining that the truth is important.  We need to show the world that there is nothing that is done in the name of religion that can't be done just as well without religion. We need to live our lives to the fullest and prove that you don't need to believe in a supreme arbiter to lead morally upstanding lives. Simply put, we need to show that religion is irrelevant because it is irrelevant. There are better ways to spend your money. There are certainly better ways to spend your time. Reality is refreshing and, contrary to what Christian apologists will tell you, atheism does not necessarily require the rejection of the supernatural nor does it suggest that science will eventually teach us all there is to know. Atheism is simply healthy skepticism towards those who claim they have the answers to the mysteries ... and they well might. We just ask them to show us the proof.

In closing, I was both jealous and envious to hear of all the good books you have been reading lately. I just finished Dinesh D'Souza's Why Christianity is Great (note he doesn't bother to suggest that it's true) and, in order to clean my synapses, I am now greatly enjoying Carl Sagan's The Demon-Haunted World.