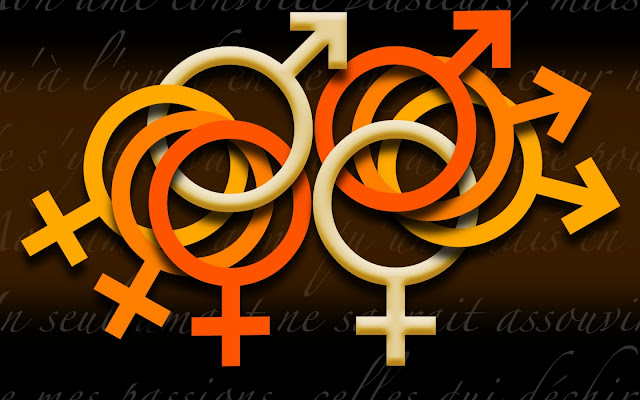 Polyamorous Ponderings
In a recent blog post I stated that: when it comes to relationship models, I personally do not see any moral distinction between one social construct and another, whether it polygamy, polyandry, polyamory, monogamy and so forth. They are each merely variant relationship models... This is not a controversial statement, mind you. Regardless of what model you practice, it has been my experience that most successful adult relationships are predicated on fidelity and loyalty, communication and negotiation, trust, honesty, dignity, gender equality, non-possessiveness, mutual support, sharing domestic burdens and so on (you may be surprised to learn that these are the values within polyamory, not monogamy, although some of the values are overlapping).


Upon learning this, my Christian friend asked me the following hypothetical question:

With that in mind, if your wife said, “I love you Tristan, but I am attracted to someone else as well—would it be alright to have a physical relationship with them?”, how would you respond given the above description of sexual morality?
Understand this is purely theoretical—I am merely proposing a scenario to [assess] your view of morality vis a vis sexual fidelity in marriage.

Bracketed material originally said *test. However, I think our author means to say assess, since, technically speaking, nobody can test my own personal morality except me. That is to say, others could create a situation in which I would be required to make a moral decision, but they are only supplying the cause, the effect is predicated on my own choices and actions—as such I am the one who puts my morality to the test—therefore it is more accurate to say *access in this situation. It’s a subtle, but I feel, important distinction to make here, considering the nature of the question.