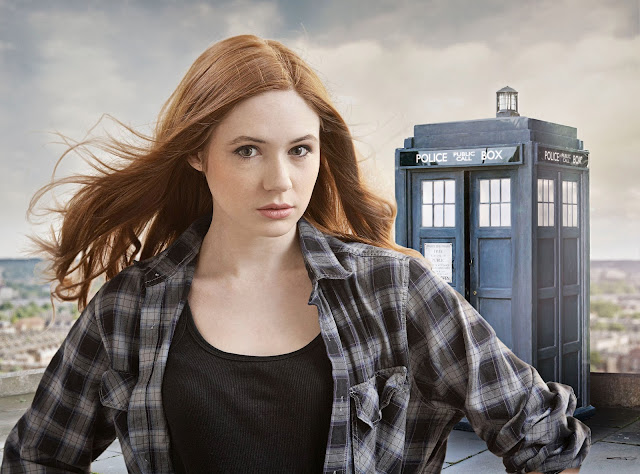 Here are some short, albeit random and uncollected, thoughts I have had recently.

1. Karen Gillan is beautiful beyond all imagination. She's basically my Helen of Troy. Except that I'm married. Never stopped the Trojans though! Badda-bing! My wife has Jensen Ackles to ogle over, and I have Karen Gillan. That makes it, at least, fair.

2. Properly basic beliefs do not exist. Red appears redly to you is considered a basic belief. The belief the color red exists as it exists, that a particular wavelength of light will, under similar conditions, always appear the same and we will all understand that red is red is red. Even if we see different tints of red, red is still red to the beholder, so there is no need to support the belief with anything--it is considered a properly basic belief. Language theorists would tell you this reasoning is flawed. Before we can formulate what red could mean we must assign it a name, a word, and a sound. The idea comes after the formulation of these ingrediants. But there are things like epistemological constructivism, social constructivism, and language constructivism to consider first. There is constructionism too. These to me suggest that red could not possibly mean what it means without the micro-components which make the learning of what red means, its symbols, its sounds, its meanings, and all within a social and cultural context. I think this example applies to all basic beliefs, and therefore, I would argue there is no such thing as a properly basic belief. It can always be deconstructed further so that the belief requires the believer to build upon pre-existing micro-components.

4. The Christian story is moving because it pits our own empathy against us and makes us sympathizers with the plight of Jesus Christ. If you don't feel sorry for the horrors which befell the Son of God, and the trials and tribulations he endured, then one would be compelled to feel guilty for not having enough empathy. This is taken to extremes in the Christian story, because we are made into the perpetual sinner, the almost perfect but not quite would-be reflections of God. We need Jesus to bridge the gap of our longing to be a part of something greater and that all encompassing love of God. Only then will our sympathy laden sorrow come to an end, when it reunites with the source is longs for--the source of love. But don't forget the horrible guilt which will be perpetually held against you--because the promise of that love is always to come. Always just out of reach. Jesus may have died for our sins, but we're still all just sinners, don't you know? But just because it's a powerful and moving story doesn't necessarily mean that any of it is true, FYI.

5. Skepticism about the origins of life (abiogenesis) happening naturally seems odd to me. Here on earth we have all the chemical ingredients  for creating life naturally. It's like seeing all the ingredients of a cake laid out before you and thinking... since we don't actually know how or what way the cake was actually put together we have to attribute it to God. That is a strange leap in logic to me. Its a much simpler explanation to assume, that having all the ingredients, given the right conditions, a cake formed. An earthquake, the mixing of ingredients, time, a random fire (they happen more than you might think) and the baking of the ingredients into a doughy edible substance. The first cake may have not been perfect, in fact it probably had pebbles and bits of gunk in it. Considering it took BILLIONS of years for it to happen at all, we're lucky to be able to account for how it could have happened, knowing it happened. It seems strange to believe that before intelligent life existed there was something intelligent enough to put the cake in the oven--so to speak. That's putting the cart before the horse. I think this sort of reasoning occurs because people are so accustomed to attaching their limited understanding to things. We have never seen a cake spontaneously create itself from scratch, so it must be God--the divine Baker! These people ignore the fact that we haven't actually been alive for billions of years and that, in case it was lost on them, we aren't actually talking about cakes here.They also seem to be unaware of experiments in which scientists have replicated the early conditions of earth, including the chemical ingredients, and have reproduced them only to discover that everything we require for replicating cells arises from nothing more than salt water and a little bit of lighting. If that's all it takes, wouldn't it be wiser to assume that given some salt water and an atmosphere prone to generating lighting, like we have, that given billions of years life was bound to happen? Where the heck does the Baker fit into this? As far as I can see, he doesn't.

6. Recently I had discovered I have a stalker. A cute high school girl stalker, but a stalker none-the-less. That's not the interesting part though. What's interesting to me is that she's a Xenophile. Xenophiles are typically fascinating because they seem to lack cultural biases against other cultures--and for some reason they become fixated on specific notions about other cultures until it develops into a sort of love affair, or obsession, depending on how you wish to define Xenophile. They may be unique to more homogenius cultures, like Japan, however, since in more culturally diverse and racially mixed societies it would be less of a phenomenon. If one's own culture is diverse, like a European or American one, then it's less likely one will develop quirks focusing on the love of radical differences because the differences get blended into the main culture. Whereas in homogeneous cultures any differences really tend to stand out. There is also the factor of obsessing over cultures which are alien to ones own, much like Japanophiles standing out in the U.S., with their obsession of Japanese popular culture. This is the exotic appeal--because its foreign, different, exotic even, it grabs our attention more than things we would be familiar with.

7. Rabbits are excellent proof that intelligent design theory is wrong. More specifically, male rabbits, since their scrotums are in front of the penis it sort of proves nobody was thinking when that "design" choice was made. The frsutration of male rabbits everywhere must be stupendous.

"Derrrr---dammit!" the rabbit thinks. "Why does this thing keep getting in the way of my love making?! For the love of Peter Rabbit!"

Except, rabbit reproduce like bunnies, which is to say, they repopulate better than most humans. So maybe our junk it on the wrong way around? I'll let you mull that over for a bit. 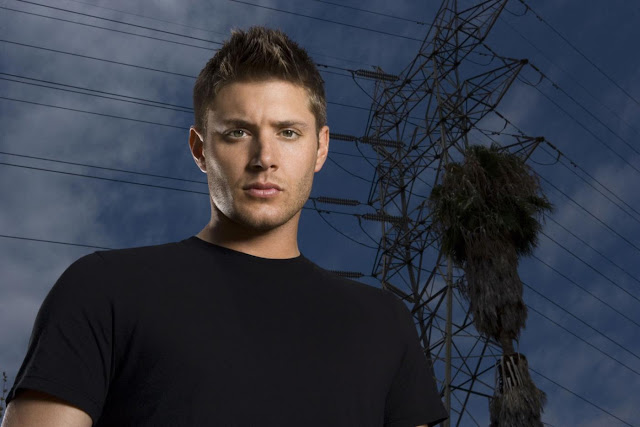 8. My wife isn't wrong, Jensen Ackles is a gorgeous man. But he's not half as gorgeous as Karen Gillan, in my humble opinion. Maybe that's just because I am a guy who likes women, so there is a bias. Both, however, are beautiful people.

9. Jim Parsons is a stitch-up as Sheldon Cooper on the Big Bang Theory. I absolutely love him. He reminds me of my younger brother in so many ways.

10. Snails are not cuter than slugs. Snails are merely the mobile-home version of a slug. A slug just prefers to streak around naked. 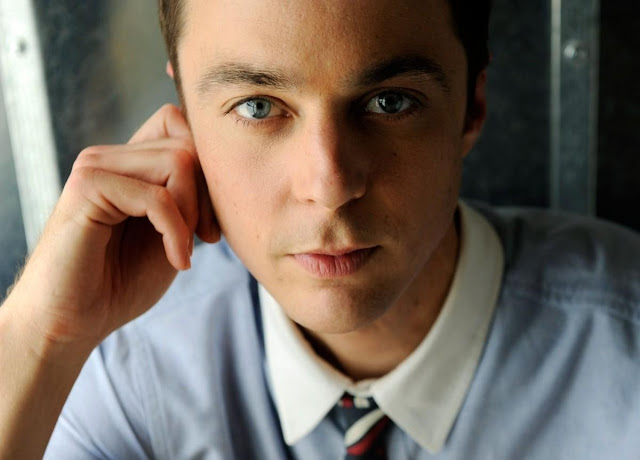 Well, that's a peak inside the workings of my brain. Crazy stuff, for sure.
Posted by Tristan Vick at 5:08 PM