Thought of the Day: In Defense of Sam Harris 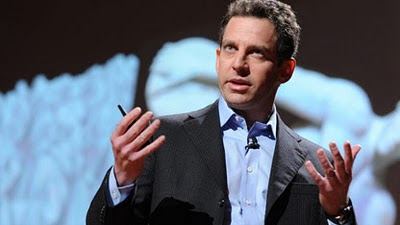 People keep accusing Sam Harris of not being a real moral philosopher, citing that he doesn't have a degree in philosophy and doesn't understand analytical philosophy.


These people are morons--proof is in the fact that they can't seem to do the ten second task of typing Sam's name into Google or look him up on Wikipedia. Sam has an undergrad degree in Western philosophy from Stanford and he is a student of Eastern philosophy, learning meditation from the Hindu gurus and Buddhist masters during a stint in India. (Here's a newsflash, Western philosophy is different than Eastern philosophy--not everything can be reduced down analytically. Analytical philosophy is just one branch, of one approach, of philosophical inquiry.)

Sam's a philosopher of science, and he researches and talks about morality. That makes him a moral philosopher of science, technically, but there's no need to label him to one specific calling. This is the problem with people who get hung up on labels and definitions--they often get flustered when someone doesn't fit neatly into their little label boxes. Harris isn't an easy person to pin down to anyone stereotype since he is so often busy breaking the mold--just as he did with his award winning book The End of Faith.

Now, with a PhD. in Neuroscience from the University of California, L.A., he looks to combine science and philosophy in a way which is reminiscent of Sir Francis Bacon, Thomas Hobbes, or even William James. When his book The Moral Landscape came out, critics acted shocked, even appalled, at the very notion that Harris would try to combine the sciences with moral philosophy, as if he was the first to ever have thought of it. Why do people find Harris so polarizing, because, well, let's face it, he's contemporary. He recognized well enough for the pundits to write OP pieces about how much they don't get him. Most people haven't even heard of, let alone read, Bacon, Hobbes, or James. But if they don't get Harris, they aren't likely to get the others either.

If people don't get Sam Harris, that is their limitation, not his.
Posted by Tristan Vick at 11:31 PM