Why I didn't Watch the Bill Nye vs. Ken Ham Debate: And on the Near Extinction of Christianity 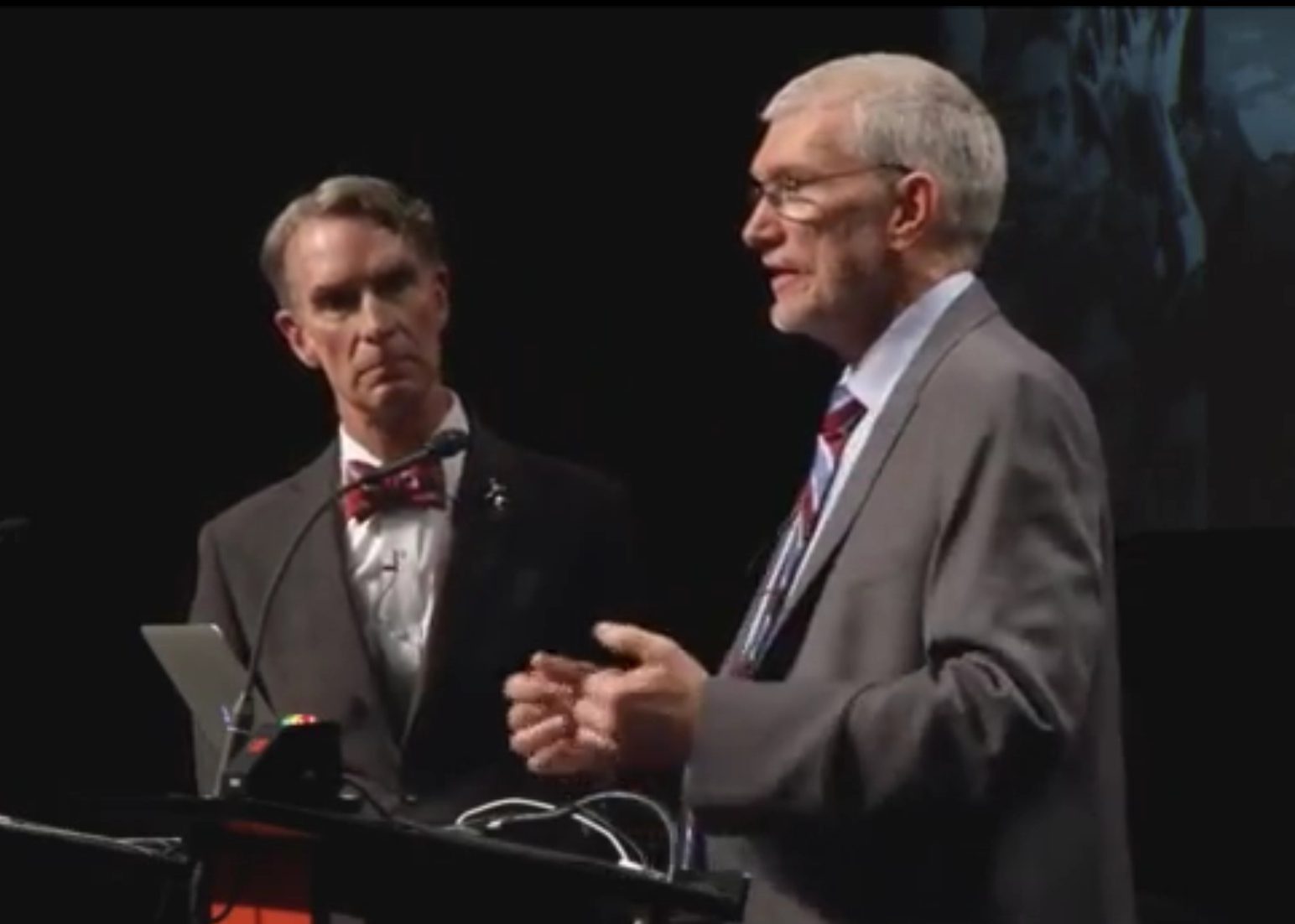 Let me clarify, Evangelical, Creationist, and Fundamentalist Christianity are most certainly doomed. In other words, any version of Christianity that does not embrace science will simply begin to gradually disappear into the vastness of its own blinkered absurdity until there's nothing left. After all, the tell tale signs are written all over Bill Nye's face in the above image.

I did not watch the Bill Nye "The Science Guy" vs. Ken Ham debate. I didn't feel I needed to. I'm sure Bill Nye did just fine. He has fact and figures, information and genuine knowledge to share. Ken Ham, as I'm told, simply has a book.

Another reason I did not watch the debate is because I'm not scientifically illiterate. Bill Nye was, thank goodness, exactly what Ken Ham's audience needed. He is not what I need in terms of gaining knowledge on scientific matters. But I do love Bill Nye's dedication to science and what he stands for, and bow-ties are pretty damn cool too.

I'm glad he debated Ham though. I don't get why so many people are troubled by the fact that anybody would take a Creationist seriously. I assure you, nobody actually does. Nobody outside of other Creationists, that is. Look again at the priceless expression on Nye's face. That's a look of concern. If anything, we're concerned for Creationists. Which is why ignoring the problem won't help it any. Ignorance simply doesn't go away if you ignore it. It will persist. It will persist until something replaces that ignorance. In this case, something being knowledge.

We have to debate Creationists, if anything, to share the accumulated information, the bulwark of human knowledge, and give them something tangible to think about. Otherwise, how will they ever learn anything? They are all trapped inside massive echo chambers of faith. As long as we are being invited in to talk about science, I say we jump at the chance to do so! Let's not ignore it, and simply hope the ignorant keep to themselves.

Let's take Bill Nye's lead and start to educate! I think this is Richard Dawkins' big mistake. He should take on at least one or two notable fundies just to breach the bubble. But I understand his trepidation. Of all people, he perhaps has the fewest reasons to take fundamentalist Christians serious. Still, it would be nice to have more heavy hitters taking their A game to the other side, so to speak. Thank goodness we have Neil deGrasse Tyson, Lawrence Krauss, and others willing to champion the cause of spreading science to the public.

The more pin-pricks we can give to the bubble of faith, the echo chamber will eventually collapse in on itself. Millennials are already the largest nonbelieving demographic, which is splendid, because the forecast is more nonbelievers, agnosticism, and atheism.

Meanwhile, millennials will continue to walk away, and when they have families, their kids will be more or less raised secular. This is good news. That's the future. A secular world. One where science is genuinely appreciated.

And this is why the aforementioned versions of Christianity will go the way of the dinosaur. They simply have no curiosity to know the truth, because they feel they've already found it. It's all right there in Ken Ham's book.

At the same time, I hope we continue to engage such people in public forums. Nothing works better than bringing absurd ideas into the lime-light to be mocked and ridiculed. I mean, even Pat Robertson--yes, that Pat Roberston--has a problem with Ken Ham's version of Christianity and wants him to shut up about it! After we expose the absurdity of backwards and outmoded thinking to the public, all we have to do is sit back and watch them devour one another like piranhas. No skin off our backs.

But it's not just the lack of scientific understanding, the limited--and often wrong--information, or the absurdity of specific religious beliefs which will be the downfall of Evangelical forms of Christianity. It will be the simple lack of curiosity.

The biggest problem, as far as I can tell by reading the recent flood of Creationist questions, is that they didn't actually ask any real questions. Questions, after all, typically involve a desire to know something about the world or about the bigger picture. That was nowhere evident. These Creationists weren't curious to know how or why things work in the world. They merely wanted to know how their religious beliefs could be considered wrong by those who thought and felt differently. Every single one of the 22 questions posted reflect back on how they perceive their cherished beliefs, beliefs they cling to, it had nothing to do with them wanting to learn about this or that thing or some such as it relates to the real world.

That's the big reason their version of the way they see the world simply will not last. Because their version doesn't wish to concern itself with the way the world really is. There is a detachment here, and this lack of curiosity, this lack of desire to understand, will cause them to fall behind the curve of progress and eventually they will have no choice but to leave their failed beliefs behind or adapt them into something new, something most likely bizarre, in order to stand the test of time.

So it seems Ken Ham is wrong on that front as well, evolution is very real. In fact, if he--and more importantly those who think like him--wish to continue to call themselves Christian in the modern world, they are going to have to adapt or go extinct. Survival of the fittest, after all.