Is Atheism More Rational than Theism? 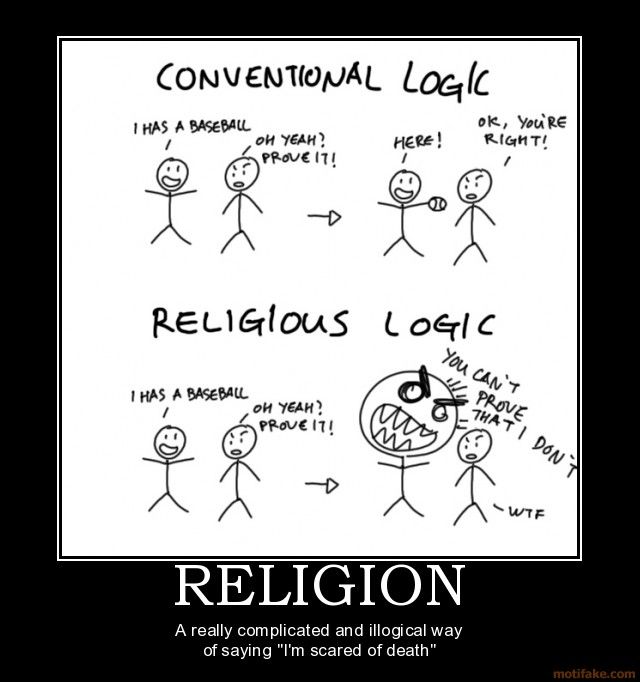 Is atheism more rational than theism?

When I was a practicing Christian I would have simply said "No."

But, then again, when I was a practicing Christian I didn't know very many atheists and I certainly wasn't familiar with their arguments. Heck, I wasn't very well versed in my own Christian theology.

Yet now that I have considered both sides, I find the atheist arguments hold up better to scrutiny. If they didn't then I certainly wouldn't have become an atheist.

So then, why do I feel atheism is more rational than theism? Well, several reasons, I think.

It's true theists and atheists alike are both making assumptions as this is required for establishing any belief.

Technically speaking beliefs are assumptions about very simple yes or no propositions. Do pigs fly? Yes, no, or maybe so? No. Okay, then. Most of us are in agreement on this question, and so most of our beliefs will conform to the answer: no, pigs don't fly.

How do we know this? Well, we've never seen pigs fly, for one thing. Second of all, they don't have wings. And we've never seen a pig levitate or hover all on its own. So simple observation confirms our assumption, and therefore we know our belief is true.

Almost every belief can reduce down to a yes or no proposition, thus when it comes to unknown propositions since we know that almost all beliefs are probabilistic (I say almost because properly basic beliefs may be exceptions to the rule) we can presume that disputed beliefs, like the question of God or whether or not the universe came from nothing, are either true or false, and therefore in a state of uncertainty must have a probability of being one or the other.

So, taking a guess (or better still an educated guess), we use our experience with things like flying pigs to say, well, I know those aren't real because I've never seen one and they're not very plausible given what I know about reality.

So what about this God business? Well, I've never seen God either, so logically speaking, I probably shouldn't believe in that one either. God doesn't match with observed reality, and it seems to me this is why theists like to say God exists outside of reality, but if so then this requires many more unfounded assumptions and so it all seems that much more less likely to be the case.

As for the verity of those beliefs we don't know either way, at least not with any certainty, we can only guess as to what their probability of being right or wrong is given the status of the evidence and quality of the logic.

Also, there may be certain things we have a lot of evidence for but we still might remain uncertain about. For example, consider questions about love. Is love merely the chemical and biological interplay going on within the brain or is love something more?

Well, in all probability, love seems to be an emotional and physical condition which arises from the goings on in the brain. We have lots of evidence which demonstrates this, but because it seemingly goes against what we typically think love to be, based on our own experiences of it, we are hesitant to say 'yes, love is merely the chemical reactions happening in the brain' with any certainty. We feel inclined to say love is something more. But feelings aren't proofs.

The fact of the matter is, the probability that love is merely a byproduct of goings on in the brain is rather high given what we currently know about the chemistry and biology of love, so we can say 'yes' with near certainty that this is what love really is. If we say 'no, love is something more', contrary to what the evidence suggests, then we are placing a higher burden of proof on ourselves to demonstrate our belief that love is something more and thereby lessen our chance of being correct.

The higher the burden of proof the more difficult it will be to prove beliefs that defy observation and evidence, thereby forcing us to make more arguments and assumptions  in order to defend such beliefs, ultimately leading to a greater probability of being mistaken.

So let's write it out another way.


Love is merely a chemical process happening in the brain + Lots of evidence which suggests this assumption is correct = high probability of being correct.


Love is something more than mere chemical processes + Little to no evidence = low probability of being correct.


Could it be that the scientists and those of us who think that love is merely a chemical process happening in the brain are all wrong?

So why exactly do I believe, after having given it a lot of consideration, that atheism is more rational than theism? Well, my reasoning goes something like the following.

My claim is atheists assume less. For example:

Since the atheistic view aligns with real world (testable) observation, mainly that there is no convincing evidence for the existence of God, no additional assumptions or arguments are required.

The theistic view does not match real world (testable) observations, however, thus additional assumptions and arguments are required to get the belief off the ground and then sustain it.

Also, the testable part of the observation is important, because if it constitutes a reality, we should be able to make the same observation under the same conditions. Unable to do so would suggests that we might be mistaken about what we think we are observing. Religious beliefs of the supernatural variety have, to my knowledge, failed this prerequisite of testability making it seem far less likely that they constitute any given reality.

Hence the atheistic position is the simpler because it assumes less and, in turn, is easy to test. So much so that we find it matches with real world observation giving us a greater confidence in the assumption that atheism reflects one aspect of the given reality we are able to test and observe.

When I say atheism is more rational it is because it doesn't make unnecessary assumptions and doesn't try to amend failed a priori assumption ad hoc with respect to God-belief. In fact, the only way to force the atheist into a position of amending their atheism is to demonstrate the metaphysics of any given religion true via the classical means of empiricism (this assumes the Venn diagram of both the metaphysical sphere and physical sphere of existence are overlapping--if not then God would be impossible to verify via any recognizable causality, which means such a metaphysics which incorporates God has to be overlapping in order for anyone to discover said God in the first place).

Positing unjustifiable claims of certitude for undemonstrated claims which often times defy reason is, I would venture, slightly less rational than reserving one's conclusions until convincing evidence is forthcoming.

So in the atheistic theory there are no Gods and this matches with observation but with the theistic theory which states that there is a God we find that this does not match with observation, at least not in the way we'd commonly expect, thus on this basis that atheists aren't assuming more than they can know, deluding themselves, or being delusional (i.e. believing in things that aren't there or aren't real), makes atheists more rational; if not also more prudent.

On the other hand, if theists are seeing something atheists are not, then it is up to them (the theist) to provide the evidence and demonstrate their claims thereby justifying their belief that God exists.

Not to do so would also make them less rational since, technically speaking, they are the ones making the positive claim which is apparently contradicted by observation.

I'll be the first to admit, however, that atheists could be wrong. But if we atheists are wrong, then common sense dictates that it should be quite easy for theists to provide undeniable evidence for the existence of God, and atheists would happily change their minds accordingly. But this clearly hasn't happened.

Could all atheists be deluded in the same way we claim believers are? No. Why not? Because our assumptions match with observation. So we're not deluding ourselves to the truth of the matter.

Additionally, the theist demand for the atheist to prove there are no God(s) is asking us atheists to prove a negative which is already in agreement with observation. We do not have evidence for God, we do not observer anything that could justify the belief in God, and so it is perfectly reasonable to believe, as atheists do, that there is no God. This being the case, asking us to prove what already seems to be the case given our current understanding is an irrational demand, once again making theists less rational than atheists. (Granted, only the theists making this demand would be making irrational demands, making them only slightly more irrational than theists which don't.)

Given these considerations, I think it is fair to say that atheism is more rational than theism.

Any arguments for theism, or even to counter the atheist position, would have to automatically assume more than atheism does thereby giving rise to a greater probability that the theist is wrong. After such arguments are made, it is a matter of demonstrating them and taking them to their ultimate conclusion.

I dare say though that after thousands of years of belief in God it seems that theists are still making the same variety of arguments, usually putting a new spin on them here or there (usually to better account for discoveries in science and our better understanding of the universe), but still there is no trace of God.

After two thousand years of failed theistic arguments, not to mention a complete and utter lack of demonstration (and not for a lack of trying either), the only thing we can be sure of is the atheist position has never had to assume anything more and therefore remains the more reasonable position.

Atheism: God is not something which exists + Lots of evidence, or rather lack thereof, which suggests this assumption is correct = high probability of being correct.


Theism: God is something which exists + Little to no evidence (matches with atheists level of evidence, or rather lack thereof) = low probability of being correct.


The answer is there are no convincing reasons to compel us atheists to go from a high probability to a low probability belief assumption, otherwise there wouldn't be such a thing as atheists. Therefore atheism remains the more reasonable position.

Atheists do not pretend to know more than they possibly can. They have no evidence, so their belief reflects this. Theists think they have ample evidence, but they continually fail to meet the burden of proof yet continue to pretend to know with certainty the things they have no proof for, therefore the theist position is less rational.

In fact, the beauty of atheism is is that the only way to truly falsify it is to successfully demonstrate God beyond a shadow of doubt so that it would convince all and every rational minded person in the existence of said God. But this has not happened--not for the Christian God--not for any god. Therefore atheism remains the more rational position to take with respect to belief in God.