It's your basic no-brain-pro-life-nonsensical propaganda bullshit

To preface this: It's my response to an absurd meme that shows a bunch of animals on the endangered animal watch list and then, next to these majestic animals, shows a pregnant woman with text that reads something like "It is legal to kill the babies of only one of these animals."

Of course, I am in a bad mood today and so I just couldn't bite my tongue. I normally just keep scrolling. But today I had to point out the fallaciousness of the meme and that it's a false equivalency. The offspring of the animals depicted are protected by law, sure, but so are all human born babies. Human babies are not being murdered en mass after birth (only in the imaginations of whacked out pro-lifers completely detached from reality).

Needless to say, pointing out that this wasn't a valid argument of any kind ruffled the feathers of at least one super duper concerned citizen.

I love the paranoia of these zealot Christians masquerading as Jesus-Christ-Do-Gooders so they can dump their verbal diarrhea on nonbelievers whilst pretending that they actually care about the sanctity of life and things like morality.


They don't. If they did they'd sit down and have a serious conversation and hash out the issue with their interlocutors by paying equal respect to the other side's point of view -- at least hearing them out and considering the objections to their position.

Of course, they don't do this. Because it's not about finding common ground. It's about being on the side or righteousness and thwarting evil -- and all the foot soldiers working for Satan -- like me apparently, according to this guys reaction.

I have to admit, the moment he didn't show any respect for reason and then went on how science isn't a reliable thing and showed a stupendous ignorance whilst pretending to have the moral high ground, I had no qualms with knocking him off his high pedestal. 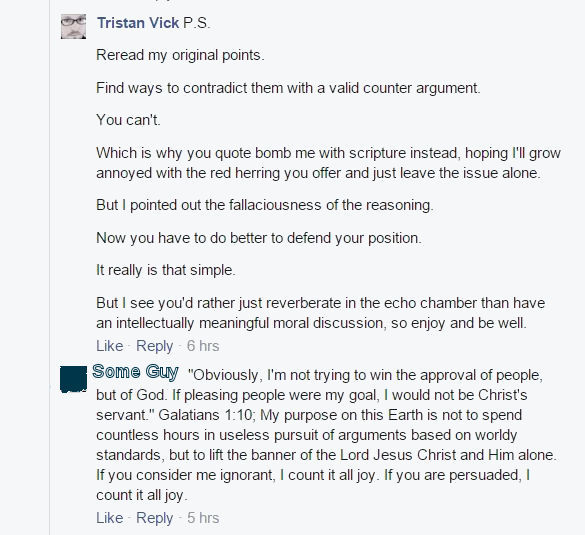 Granted, I knew I wasn't going to accomplish a damn thing. People this dense cannot hear reason if it was broadcast through a loudspeaker straight into their brain. I ought to know, I used to be one. Nobody forced me to become more reasonable, more rational. I had to choose to become rational. I had to choose to listen to reason. And that meant admitting that I might be wrong, and then actively choosing to test whether or not I was.

Regardless, rather than waste rational argument and logic on a person like this, which would simply have gone in one ear and out the other, I decided to have a bit of fun instead. I still abide by netiquette rules of fair play though, so if you feel it's borderline trolling, you can rest assured, it's of the very polite variety. At any rate, I thought I'd share with you the conversation because it was so goddamn entertaining.

I tracked down the (annoying) meme. Here it is: 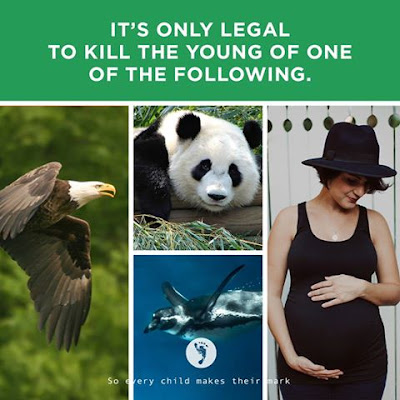