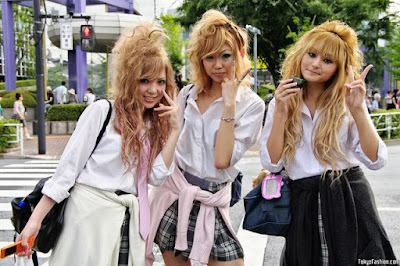 Cultural appropriation ***OUTRAGE*** is, in most cases, total BS.

Upon closer inspection, I think you'll discover that this faux outrage regarding cultural appropriation also happens to be a form of thinly veiled xenophobia. I'll explain more about that down below.

Around a year ago, I remember that outrage over white people being allowed to try on kimonos at a cultural fair that went viral. It was all over the American newsfeed for about a week.

I could hardly believe it. A cultural fair, people! You're supposed to partake in other cultures at cultural fairs. That's what they're for.

The same goes for festivals. It's a chance to try to understand the culture by becoming it and partaking in it. And even if it's just for a one-time experience, it will be a *culturally* enriching experience. That's the whole idea behind multiculturalism.


Multiculturalism is the co-existence, sharing, and mingling of a multitude of cultures, and the acceptance of all cultures hinges on trying to understand and even adopt the things about alternative cultures you don't yet fully understand. Whether it's a social custom, a fashion style, or a type of cuisine, there are many aspects to learning about cultures which allow you to become better acquainted with them in the journey of growing more multicultural.


If you cannot engage or partake in other cultures and customs, then I'm afraid this leads to xenophobia. Ultimately, if you end up being denied access to a culture, or part of it, you can never fully learn to understand it. Not enough to be comfortable accepting or integrating into your own cultural worldview that is. And that's the danger here.


If you can only perceive the other culture as something you can't incorporate, or are forbidden to incorporate, into your own life or identity or cultural worldview, then mutual cultural understanding will hit a roadblock. You'll deny yourself understanding of another person's culture, because *reasons*, and they will view you as not caring about their culture enough because you've retracted from them in the name of non-appropriation.

In a Huffpost article Kearie Daniel writes a rant where she claims a white person wearing braids is the same as black-face. Her direct quote was as follows:

"In many ways, it’s the same as wearing blackface or a dreadlock hat; it’s play acting with someone’s heritage, and it needs to stop."

She also said the following:

"The problem with ... white people culturally appropriating black hair styles is simple: These are black historical styles, and they haven’t earned the right to wear them."

Give me a break.

Thinking that because you have dumpling soup nobody else should be allowed to make it is, well, quite frankly, stupid.

Such thinking denies cultural transmission, cultural fusion, or even cultural adaptation. It denies the possibility for the same, if not similar, culture ideas, customs, fashions, and belief rising independently. It denies access to culture for unsound reasons that limit cultural understanding rather than sponsor the spread and growth of cultural understanding. In most cases, cultural appropriation is harmless. The only time it becomes damaging is when a majority group culturally appropriates a minority group with the goal of diminishing that group rather than learning to understand it better.

But that's not the type of thing most people are complaining about when they cry outrage at cultural appropriation. Most of the time it's simply xenophobia because it seeks to deny the fluidity and organic nature of most cultures and cultural transmission.

Let me cite an example.

It's summer time here in Japan, and it's fireworks season. I am a minority here. But I see it part of my duty, as a foreigner living in Japan, to honor and respect Japanese custom and tradition. As such, I continually go out of my way to culturally appropriate many aspects of Japanese culture and thinking. Not only does it make life easier, it gives me a better understanding of the people and their customs of the place I've lived for over a decade.

Now, if I choose to wear a Japanese yukata (a kind of lightweight cotton kimono for summertime) for going fireworks, for example because I've culturally appropriated a part of Japanese custom (in this case festival going attire) that I happen to like doesn't mean I am "play acting." Any suggestion that I am play-acting fails to grasp what culture is and how cultural appropriation works.

Simply put, I am adopting part of a culture I admire as a way of growing closer to that culture, and then incorporating it into my own identity and worldview. That's genuine cultural appropriation. And it's quite harmless. In fact, I think you'll find in most cases it's even necessary. 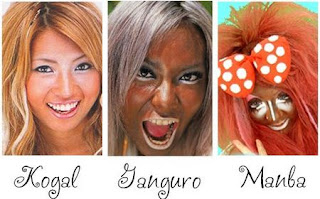 And just because I appropriate certain aspects of a culture and not others doesn't mean it somehow devalues the history or legacy of Japanese culture. It most certainly doesn't. And the same could be said of any other form of cultural appropriation, I think you'll find.

If a black person wants to dye their hair blonde, then be blonde! If a white person wants to wear braids, so be it! This cultural appropriation outrage is complete nonsense.

We're one peoples, one world, and it's time to stop seeing things in terms of labels and divisions.

Cultural appropriation outrage is veiled xenophobia, plain and simple. It's saying you're this race, or this culture, and there's a line that you've crossed because you've appropriated or borrowed something of my race or culture. But, no. No, there's no race or cultural boundaries as such. Race is a made up concept. We're all one race. The human race. And those lines you see... that's simply you squinting too hard.

Instead of crying outrage over cultural appropriation, let's open our eyes. Stop complaining and putting up walls and, instead, learn to accept cultural appropriation for what it is -- a way to gain a better understanding of others and as a means to grow closer with our fellow human beings. 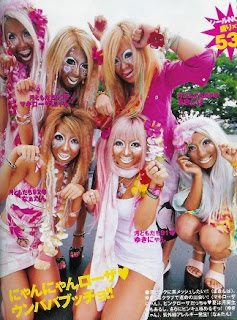 [NOTE: I am well aware there are real instances where cultural appropriation is used to further oppress a minority group. But those cases are usually quite well defined (i.e., blackface, using Native Americna religious dress for a halloween costume, etc.) and the appropriation being used, in this case to dilute or expunge a minority culture, has very measurable consequences. Such claims of harmful cultural appropriation must be argued carefully and have no room for outrage. Further, to claim that because people are borrowing aspects of your culture somehow is oppressive to you is a very specific claim and needs to be defended quite carefully, giving a full consideration to any valid objections to your argument as presented. Otherwise it's just xenophobic caterwauling and whitenoise and needs to be left out of the discourse.)