A Short Rant on Monogamy: Or the Dangers of Monogamous Marriage! 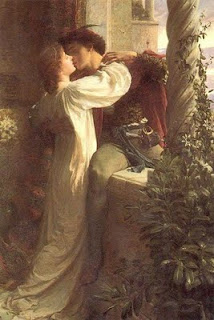 Pointing out that Monogamous marriage has the highest divorce rate of any marriage model is merely an incontrovertible fact.

It also suggests that maybe (maybe!) we shouldn't make monogamy the golden standard by which we value ours (or any other) relationships by and that perhaps (perhaps!) we shouldn't practice it at all (just a logical inference! Don't kill the messenger).

Of course, if you want to be monogamous or are happily monogamous, that's fine. But there's nothing in human biology to suggest humans are truly monogamous or that monogamy is natural to us as a species. Our pair bonds are dependent on proximity and familiarity and do not share the permanent pair bonds that voles or ravens create. We are semi-monogamous, you might say. Kayt Sukel's research into this is quite revealing.

Our monogamy can only be temporary, biologically speaking. 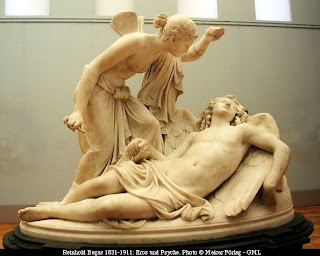 Other problems with monogamy are that it arose out of patriarchal marriage customs where women were bought as chattel, and marriage was about heredity and status, not love.

If you're at all a feminist or care about women, this should be a big deal. While other marriage models do exist around the world, the dominant one is the Christian form of monogamous marriage, which arose out of the sentiment that women were property and flourished under Western patriarchy and was then exported to every corner of the world.

Some might argue that holy matrimony makes a husband and wife one body and one mind. That by the grace of God, their holy union makes the wife the husband's equal. This is trite nonsense and superstition.

The woman was never the lesser of the two. It's only under such an oppressive ideology that monogamous marriage could ever seem appealing in the first place. First, you need one gender to be demonized and oppressed and then (and only then) the promise salvation in the form of marriage to a man seems as all palatable. But no decent, thinking, human being could ever believe this was the best system of partnering with someone. Let alone as an expression of love! Bleh.

And just because it is ubiquitous doesn't make it the best. And we can know this for a fact. How?

Modern marriage / relationship models are hardly ever based on monogamy, and that's rather telling. Wouldn't you say? 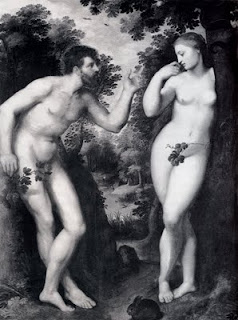 Concepts like open marriage and polyamory pay attention to both partner's needs, consider their equal commitment beneficial to the relationship but not the sole pillar of it, open up a safe space for dialog when one's adherence or values regarding monogamy shift, and never sets your cherished partner into diametrically opposed philosophical or moral opposition because of it.

Where as monogamy is designed to breed conflict and stress when one persons adherence or values regarding monogamy shifts, and it only considers he/she who adheres to its principles with blind devotion to be the valuable commodity in the relationship as it is the only pillar holding up the entire relationship, and holds both couples hostage to its principles even if one or the other should fall out of love--thereby villainizing them for a moral failure--is enough to make anyone who truly thinks monogamy is a good idea seem completely delusional.

Of course, it doesn't mean they are, in point of fact, delusional. They might find other value in their adherence to monogamy I am unaware of. Monogamy may actually work for them because they are both more monogamous than not. But there's no reason their standard ought to be everyone else's standard. What works for them might not necessarily work for somebody else.

But as far as a viable concept, monogamy is riddled with inexorable problems and is neither practical or pragmatic as far as human beings go and the types of varied relationships we are capable of sharing with one another.