Why the Kalam Cosmological Argument is a Non Sequitur 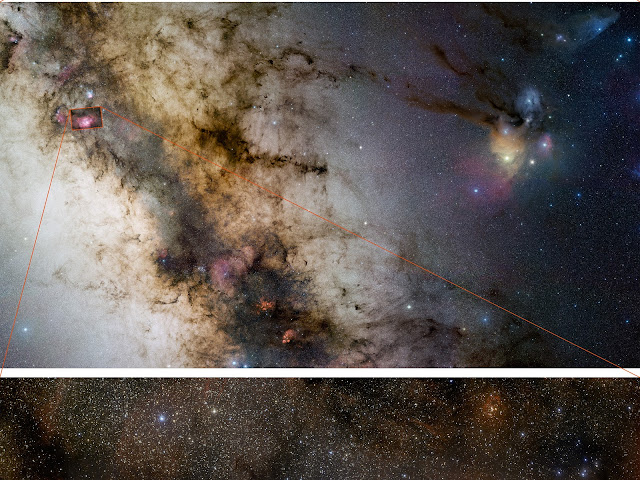 Uncaused Causes Can't Cause Themselves, You Know? What the F*@k?!
I am specifically going to address the classical version of the argument, since the modern version (involving time concepts such as the infinite) lacks an up-to-date understanding of basic physics and cosmology which sort of renders the entire argument moot in the first place. Therefore I won't waste mine, your's, or anybody else's time taking a part a non-argument.

A review of the Kalam Cosmological Argument (classical version):


1) Mmmm... yeah. So everything has a beginning. This is, believe it or not, an untrue philosophical statement. Philosophically speaking, endings typically don't have beginnings. Now don't get me wrong, a play, a movie, a song on the radio begins and ends, but so far as we know, endings in themselves do not have beginnings. The circumference of a circle doesn't have a beginning or end. I should clarify, don't get confused, the creation of the circle (whatever cause should precede it) is merely the initiation of its existence. If you ask me however, if we have an uncaused circle, asking about the cause is illogical.

An uncaused cause, by its very nature, just is. So a circle which just is, then, may or may not have a cause for its existence. The question is sort of useless. It's like asking whether or not the concept of infinity has a beginning or end. Um, yes and no, to both. To rephrase number one, the wording would be better stated as: all physical reality which exists has a beginning and most probably a cause.

2) The second point, that the universe has a beginning is correct in that our universe exists and so it, as far as we know, must have had some kind of a beginning. The Big Bang is the going theory, but some researchers suggest that the universe may have had a series of near infinite beginnings (i.e., cyclic universe theory). So it would be more correct to assume that our understanding is merely provisional, thus the universe (as it currently is) most likely had a beginning (but the verdict is still out as to the exact nature to this beginning). At any rate, this merely affirms the statement that things which exist in reality must have had some kind of beginning, which simply becomes a redundancy when you account for the better rephrase of number one. Thus number two falls away.

3) Number three starts to get "philosophical" again, since any cause worth mentioning is, at this time, purely speculative. Logically, assuming causality fits with what we know and can observe, but really, it's just a non sequitur. It's basically claiming things which exist must therefore have been made to exist. But again, this too falls away when number one is properly restated.

4) As for number four, the first uncaused cause transcending reality, this is pure gibberish. First of all, we don't know what "causes" were involved in the creation of this particular incarnation of the universe. Of the variety of universes which could have been "caused" (even speculatively speaking) it seems that one which is capable of sustaining life is just as good as any other. What transcending reality has to do with things beyond initial causes is beyond me.

My point is, we cannot assume that the first cause, or quantum event, was uncaused. Quantum mechanics suggest quantum fluctuations are naturally ongoing, i.e., no cause, no beginning, no ending. It just is. Does this mean that Quantum flux transcends reality? Not exactly. After all, we can measure it. So number four, it would seem, is simply incoherent gibberish.

5) Onto number five! So although number four is pure gibberish, somehow this suddenly turns into the descriptive referent for God. The uncaused cause is God! Why? Because God transcends reality! Well, that's just a special pleading. How do we get from an uncaused cause (which as I have stated is purely speculative) to God? Which god? Idealistically, your God? Quaint. But ultimately, this means number five is a non sequitur.

6) Number six, the conclusion, affirms God exists. But this doesn't follow. After all, the only statement we have is that things which exist in physical reality most probably have a cause. At best, it's more special pleading. So let's recap:


Nothing to it. Literally. The Kalam Cosmological argument literally reduces down to speculation, gibberish, non sequiturs, and special pleading.

Hidden Theological Dimensions
Now, there's an implication behind the Christian theology, one which may not be obvious in the secular language of the formal style being used. This implication is that God (e.g., the God of Christianity) is a creator God, and therefore his "intention" (translated by theologians as "God's will") was to create the universe.

William Lane Craig often suggests this theological tidbit is the reason for why God would have initially chosen to "cause" the universe in the first place. Yet this assumes too much. We do not know what "caused" the universe or if it even had a cause. Furthermore, we know entropy (i.e., the second law of thermodynamics) is a veritable fact.

Three things arise from this observation, none of them good for the Kalam Cosmological argument or for Christian theology. They are as follows:

1. a) Entropy suggests God's intention is not to create life but to destroy it. b) The evidence of this exists with his "entropical" nature, from the prior.

2. Any life which should arise is merely an unfortunate side-effect of God's desire to have things annihilated (from 1), since in order to destroy something you first must have something.

3. Knowing that, contrary to what Christians believe, God actually desires to have everything destroyed (from 2) for no good reason, we therefore know that he is a being of chaos and destruction, void of love, and is downright contestable.

Interestingly enough, in an unforseen twist of fate, the argument from entropy not only proves God is not a creator being but a being of pure destruction, it also proves God, who has the power to prevent entropy but does not, would rather see death than life--and therefore could only be considered an evil being.

Two Conclusions
If we take away any to things from this lesson, it is this: 1) The Kalam Cosmological Argument is a non sequitur. 2) The argument from entropy proves God is an evil being bent on the annihilation of all life in the entire universe.
Posted by Tristan Vick at 6:34 AM