The Genetic Fallacy Isn't a Fallacy If It's True 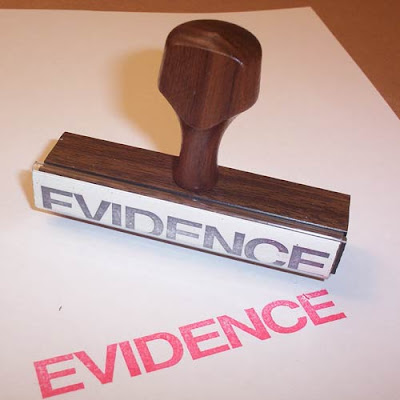 The Genetic Fallacy Isn't a Fallacy If It's True
Consider, a little Hindu boy raised in the slums of India who believes in reincarnation, because his Hindu practicing parents raised him to believe in reincarnation, and partly for the accident of his geography. This is proved by the fact that a Christian girl born and raised in the U.S., will nearly always adopt the beliefs of her parents. Predictably, the little Christian girl will grow up not believing in reincarnation whereas the Hindu boy will. But these beliefs, and all the religious beliefs they acquire, do not originate from some underlying truth to the universe, they merely come from the parents. We are, after all, the products of our cultures and environments.
Children, it seems, are incapable of making complicated ethical and philosophical decisions about complicated social and economic issues. That’s probably why we don’t have any five or six year olds ruling their own countries. They would just keep ordering ice-cream until all the dairy cows in the land keeled over from being worked to death as the little lords made themselves sick and drove the economy into the ground trying to support their ice-cream addiction. It's strange that parents don't expect their children to be savvy bankers at the age of five, but they are supposed to have religion, as if their little minds could understand and process any of the bizarre theological considerations or archaic ethical practices which look downright backwards by today's standards. But like I said, we're the products of our environments, and religious people who tell their children that they are a Muslim child, or a Christian child, or a Hindu child, are speaking from a cultural context--this is because--and I'll say it again--we are the products of our environments.
The thought experiment goes like this: take a Chinese baby born to Buddhist parents, who gets put up for adoption at three years of age, and is shipped off to the U.S. where he will be raised a by loving Mormon family. Which religion do you think he'll be prescribing to when he's eighteen years old? Luckily, I know the answer, because my brother is friends with a Mormon family that is big on adoption. They have children from Kenya, Malasia, China, and Korea. So do any of them see themselves as anything other than Mormon? Not a single one. Which means only one thing, they inherited the beliefs of their foster parents, they are, as you may have guessed, the products of their environment.
Returning to our Hindu boy and Christian girl, who have since grown up to become fine adults. Admittedly, spending a sheltered life as a Hindu has caused the Hindu boy, now a man, to believe his beliefs are true. Same to the little Christian girl, now a woman, who feels her beliefs are just as true. Now suppose years later, all grown up with families of their own, they happen to bump into each other online, in an Internet chat room, and get to discussing religion.

Soon enough the Christian girl is worried about her Hindu friend's soul. Accept Christ, she says, be saved. The Hindu begins talking about karma, and that he has lived an exemplary life, and sees no reason why he should ever have to be punished--he's got so much good karma in the bank he doesn't worry about the little mishaps.

The girl claims the Hindu man’s religion is false—even all the karma in the world won't be enough to save him. Meanwhile, the Hindu man, likewise, accuses the Christian girl’s faith of being backwards, because she believes she gets a free pass just for saying she believes in some dead Jew who didn't actually teach anything novel--Hinduism, after all, already taught you to turn the other cheek and treat your neighbors like yourself.

Next, after having informed each other of the many theological differences, they both come to see that they believe many of the same things but, ultimately, their religions are just not enough alike to come from the same source. Therefore, they feel, only one of them can be right. Funny thing is about this feeling of being right, it’s always the other person who is wrong. Rarely does the person defending their cherished beliefs admits it is, perhaps, they who are wrong.
Each claiming the other is wrong, and maintaining the (assumed) correctness of their own position, the Hindu boy and Christian girl get stuck at an impasse.
This was me for many years, until one day, I decided to stop taking my faith for granted. I decided, it seemed awfully fishy that kids born to Christian families, in Christian dominated societies, habitually turned out to be, predictably enough, Christians while Muslim kids born to Muslim families, in Islamic dominated societies, so often turned out to be, predictably enough, Muslims.
As I questioned, I began to see that, whether I wanted to admit it or not, I was the product of my Christian environment. I believe it whole heatedly, sure, but only because I was raised to--I acquired my beliefs--but I hadn't truly came to them on my own. I was spoon fed them, and when I stopped to take the time and consider my Christian beliefs on my own, I came to discover that they were, by and large, wrong.
To place it back into the analogy, consider that the Hindu boy began to see that much of what the Christian girl was saying was true. His grandmother never actually reincarnated as a common house fly, which he squashed and felt miserable for weeks about doing so after his mother scolded him for murdering his already dead grandmother, this belief, he came to see, was completely bogus.
Of course, in retrospect, it all seems so ridiculous to him now. On the other hand, he feels, the Christian girl’s beliefs aren’t any less ridiculous. After all, she believes in a guy who died two thousand years ago, but attends a church where many of his followers think if they say the right incantation, a piece of bread and a few drops of wine, turn into his flesh and blood—which they grotesquely consume like cannibals! What a stupid belief—the Hindu boy thinks—this is no religion for me. Soon enough, after looking at the many different religions and varieties of faith, the Hindu boy decides they’re all rather far-fetched, if not completely ridiculous. So, wanting to formulate his own beliefs, he decides to give up the silly ones in lieu of better ones. He continues on with his life, superstition free, searching for the answers.

In other words, he simply changed his mind about what he thought he knew. There’s certainly nothing wrong with that! If there is any one truth, it’s that our beliefs are frequently subject to change. After decades of eating only chocolate ice-cream, for example, you may one day give it up in favor of caramel swirl, or chunky monkey, or orange sherbet. Does this mean you now hate chocolate ice-cream? No. It’s still delicious. The only thing that has changed is your mind. Again, there’s nothing wrong with that!
I changed my mind. It’s as simple as that.
Actually it’s a little less simple than I am leading you on to believe. I studied my religion intensely for roughly five years, and read the equivalent of a Masters course on the subject of my faith, and consulted the professional historians and religious scholars on questions I was searching for the answers to. In other words, I changed my mind only after a long and dedicated investigation into my faith and what it is I truly believed. To be fair, I change my mind on a thousand different things, and often changed my mind again, as I discovered better more reliable, more trustworthy, answers.
Did I find all the answers? No. And I'm fine with that. It doesn't mean they aren't out there. All it means, it that I replaced bad answers with good ones. Does it mean I've made up my mind and that I'll never change it again? Probably not. In the end, all it means is that I stopped letting my environment dictate who I am. Not completely of course, but just enough to break the shackles of superstition and become a liberated free thinker. Once I admitted, like the Hindu boy in the story, that I could be wrong--it was must easier to objectively hold my beliefs up to scrutiny--unlike the Christian girl in the story, and the many real Christians like her, who refuse to look at their faith from the outside in.
Ultimately the choice is yours. You can either examine your faith, and see what it is you really believe, and discover the limits of your own credulity, or you can keep taking your faith for granted while using your environment as a convenient excuse for not having the guts to hold it up to scrutiny for fear that all the critics are right--your faith won't amount to much.
Posted by Tristan Vick at 6:04 AM