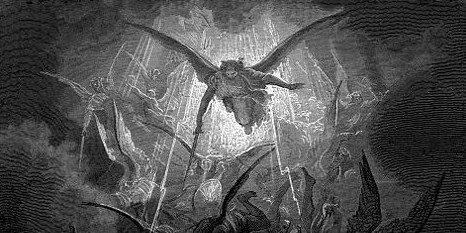 I heard this quote blurted out the other day:

"If you go on a killing spree like Ted Bundy then you need to be killed."


I have also heard the more generic statement:


"If you murder someone you should be killed in return."


Here is the thing though--both of these eye for an eye sentiments are not only unjust but also immoral.


If somebody commits the heinous crime of murder, and you in turn murder them as "due punishment" for that murder, you are technically committing the *exact same crime as they have. You cannot claim you are about justice when you turn around and commit the very same crime the criminal committed as punishment against him/her.


The reason, I hope, should be obvious. By this logic you too must be killed for the murder of the murderer. The person who kills you for having killed the murderer who killed someone else will also be forced to face the same inevitable fate. The cycle only perpetuates more murder--and justice is never had.


Since many are not willing to actually take someones life against their will (which is the very definition of murder, mind you) they will usually shirk the responsibility and push the dirty deed onto the State. As long as a higher authority does the deed, then their hands are clean. No damned spot to wash clean.


This frees people up to espouse their emotional convictions, and say unethical and inane things like, "If you go on a killing spree like Ted Bundy then you need to be killed."


Aristotle called this type of emotional based reasoning "akrasia" where the person, despite their perceptions and habits concerning what they think is just and virtuous act on the basis of emotions, even though it is not what they choose. A person who would choose the virtuous option but does not follow it through, for either cowardice or lack of conviction, is sometimes called "incontinent."


It means that, although the person calling for the death penalty knows full well that killing another person against that person's will is morally wrong, instead of acting according to this moral fact, they instead call for the murder of the murderer.


Thus those who espouse that murderers should be killed are acting according to their emotions and not their reason. They are simply being incontinent--they have let their emotions get the better of them--therefore their rationale is impaired by their incontinence. Should we really let such people decide who lives and who dies?


Amnesty International, the global peace keeping organization, says this in their charter:


The death penalty is the ultimate denial of human rights. It is the premeditated and cold-blooded killing of a human being by the state. This cruel, inhuman and degrading punishment is done in the name of justice.


It violates the right to life as proclaimed in the Universal Declaration of Human Rights.


Amnesty International opposes the death penalty in all cases without exception regardless of the nature of the crime, the characteristics of the offender, or the method used by the state to kill the prisoner.

It is no secret. I fully support the abolition of capital punishment (i.e., the eradication of the death penalty). My reasons are many, but I will briefly touch upon just a few.

1. The eye for an eye mentality of so-called "justice" is actually a form of revenge. Such vengeful attitudes are predicated on an emotional response to the feeling of having been victimized, or sympathizing with those who have, but the question becomes: where does it all end?

2. Killing others against their will denies them their universal human right to life. Since capital punishment, and giving the death penalty to murderers or other criminals, is just a legalized form of murder it is part of the problem. Taking a human life against someones will is ALWAYS immoral. As such, capital punishment also must be considered an IMMORAL act.


Although someone may have committed an evil act, such as murder, I do not believe that I (or anyone else for that matter) has a right to murder that person in return. There is no moral imperative which states I must commit a immoral act--i.e., murder--to get justice. This is not how justice is won.


3. Justice, it seems to me, is in vain if one uses immoral deeds to achieve their so-called desired justice. Justice--by it's very definition--means just behavior and treatment. That cannot be had by the eye for an eye mentality invoked by those who feel so entitled to pass judgement on behalf of some greater authority.


The goal should be to get justice for the victims, not simply punish the wrong doers. If the victim doesn't get their due justice, then no amount of punishment we could dole out even matters.


4. The death penalty doesn't necessarily work to increase the safety or well-being of a society. In fact, statistically it doesn't deter crime at all.


Rehabilitation of criminals, on the other hand, seems to work. Sweden is a good case example of this. Here's the thing to keep in mind, when criminals rehabilitate the horrendous crimes drop so much that they barely register. Of course, violent crime doesn't disappear completely, but it disappears enough that the death penalty isn't all that necessary.


5. Where there is a strict death penalty there is always the chance that an innocent life will be accidentally taken instead of the actual offender.


Ruben Carter was on death row for a triple homicide which he never committed. For twenty-two years he lived with the threat that the State would terminate his life, twenty-two years he would never get back. Even though Ruben Carter was exonerated, there could potentially be countless innocent lives being terminated based on faulty information. Minus the death penalty, however, no such innocent lives would ever be taken. There would simply be no risk losing their lives due to mistaken identity or corrupt politics--which is incentive enough to abolish the death penalty.


6. In most countries where the death penalty is enforced, there is no democratic legal system in place to safeguard the person's right to a trial (or the right to remain innocent until proved guilty). In fact, many of the deaths are for crimes that do not fit the punishment. In Africa old men and women or sickly children are killed for being "witches." In Saudi Arabia women can be killed for not adhering closely enough to strict religious rituals such as Sharia law. In Pakistan there are countless victims of arbitrary "honor killings" every year, as well as in many Islamic countries throughout the Middle East as well as in numerous Latin American countries too.


7. The government may become corrupted (e.g., North Korea), and the powers that be may kill you for no reason--or starve you to death--because their war regime policies override your right to live--but then when you protest they kill you anyway. Such Orwellian nightmares are another reason the death penalty is a bad idea.


Needless to say, worldwide, capital punishment is a grotesque abuse against human rights, well-being, and life.

I will wrap this up here--but the reasons for why capital punishment (i.e., the death penalty) should be abolished far outstrip any reasons one could possibly come up with for it.

Personally, I think morality has evolved enough in modern times that we can now get beyond the primitive ideas of vengeance masquerading as justice and start actively proposing methods and models for safeguarding society and her citizens without resorting to the same evils we seek to be free from.