Egocentrism is the New Islam: Why the Protests are in Vain 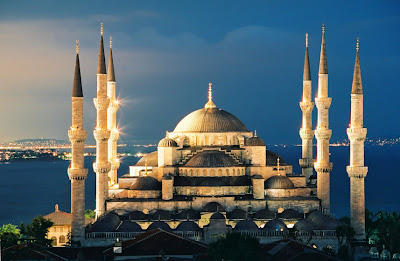 "Yes, we understand the First Amendment and all of this stuff, but you must also understand that the Prophet (for us) is a million times more sacred than the American Constitution." --Khalid Amayreh (Islamist commentator, Hebron)


This quote sums up the thinking of the Muslim people very well. It also allows us to better understand why they might feel so outraged by the perceived offenses, both real and imagined. Even so, I'm just going to say this as politely as possible: Mr. Amayreh, and those who think like him, couldn't be any more wrong even if they tried.

In order for a Muslim to claim that the hyper-venerated Prophet Muhammad is "more" important than a constitution which allows for the very freedom of believing in whatever god you desire to believe in, or not believe in, shows that she doesn't truly understand the profundity of such a document.

Religious psychologists would be the first to tell you that the one-way romance Muslims share with Mohammad is largely an infatuation with their own egos. It is what is known as egocentricity. What they are venerating isn't the REAL Muhammad--it is the IDEAL Muhammad they have imagined as the perfect idea of what Muhammad could come to mean or be to his followers.

This is why it is dangerous for anyone to criticize the Prophet. Any criticism of the Prophet is perceived as a personal injury against the egocentrism of the Muslim and her faith. It is what drives them mad with fury--because when the Prophet is attacked it is the Muslim who gets hurt.

Needless to say, this is merely a psychological problem that stems from religious involvement (or rather, over indulgence). What I mean by this is that it's not a typical problem a normal person faces. It's not like depression--something which everyone has experienced from time to time. It's a religious ailment. It's a problem Muslims invent and then bring upon themselves, because they are incapable of separating their feelings (i.e., identities) from their faith. Which is exactly why, on Septemper 17, 1787, the Constitutional Congress of the United States of America adopted the Bill of Rights and the national constitution laying out the basic rights of every citizen of the United States. Rights such as the freedom of speech. Rights which, yes, even religion would be powerless to revoke.

Because those who drafter the U.S. Constitution had the hindsight to realize that the two things which have always infringed upon the rights of mankind was religion and politics (in the form of monarchy and theocracy) and the foresight to ensure that would not be the case this time around.

There is not much difference between what Islam teaches and tyranny. The absolute despotism of an absolute power and authority. This is what every Muslim wants, because it is what they have devoted their lives to, the idea that Allah is that authority and power.

But every free man cannot help but question such a slave-like mentality, because the very idea of worshiping another person, whether it is a god or a dictator, is not a mutually beneficial agreement that can be made out of trust or love. It always comes with the price of forfeiting your freedoms for the promise of security, reward, or out of the fear of punishment for failing to revere the right person in just such a way. This is the very method to breed oppression and fear.

A loving God would earn praise and glorification through his love, compassion, and kindness. He would not demand to be worshiped. He would have no need to *demand anything of us. This is what has always struck me as suspiciously sinister about the Monotheistic God of Judaism, Christianity, and Islam.  This deity wants to be venerated in the same fashion the corrupted Monarchs of old were.

If God were real, and he was a perfect being like his believers like to claim, what need for worship would he have? Only imperfect beings need to be worshiped. A perfect being, by definition, would gain worshipers for the simple fact that we cannot help but be awe-struck at that which is most worthy of our adoration. If such a being existed, we would simply be inclined to worship it in all its glory. That is not the case. Which is why Muslims demand we "venerate" and "exalt" their Prophet and God. It is simply a way to bolster the illusion, a way to veil the ugly truth and  make the imperfect appear to be perfect. After all, if God has all these worshipers, and the Prophet is so well loved, then can we not claim such veneration is well deserved? And that to attack these sacred visages, these religious idols, would be akin to attacking the very people themselves?

But they are wrong to think this way, if not for the obvious that it reeks of a perverse anthropomorphism resembling a wretched bygone time, but also for in the thousands of years of Monotheism, whether it is Christianity or Islam, the lesson which history keeps beating over our heads is: only through the minimization of religious power and the separation of church and government can a society and people grow prosperous. The U.S. Constitution affords this to its citizens, who are free to believe or not believe, without the threat of violence.

I am afraid that Khalid Amayreh simply doesn't grasp how much more significant the U.S. Constitution is than his mere proclivity to worship a Prophet of his own imagining. Those who think like Amayreh, which is the majority of non-American Muslims as far as I can tell, simply do not realize that the very manner of their thinking is a THREAT to what the U.S. Constitution stands for.

Indeed, it is my personal belief that the religion of Islam itself is a threat to human freedom in that it teaches us that Allah is above the laws and rights of every man, woman, and child. Islam effectively teaches its followers that something like the U.S. Constitution, which guarantees our basic human rights, is less important than the veneration of Prophet whose authority is final. What's more, however, Allah is a god who demands subservience. So much so, that those who come to the god of this faith are asked, at the very sake of denying their own basic rights, to follow his dictate and to exalt him above all else. Even if it means relinquishing our very freedom.

It is why these recent Middle Eastern protests are not only a threat to world peace, but they represent the very problem with religious saturated culture--the inability for religionists to separate their egos from their faith--and this is always a volatile mix. One which Americans are gladly safeguarded from by the wisdom of our Founding Fathers who saw fit to write a constitution which protected our rights--even from the religious--and the gods and prophets they so love to worship.

I have been known to let my rhetoric get the best of me, on occasion, but I am dead serious when I say, as long as there is a document that exists as noble as the U.S. Constitution, no God, not the Christian God, not even Allah, will be powerful enough to demand a free man make himself a slave. The sooner the religious realize this fact, the sooner they can stop wasting their breath and begin learning to accept the rights of others.