WTF DOES IT MEAN?! 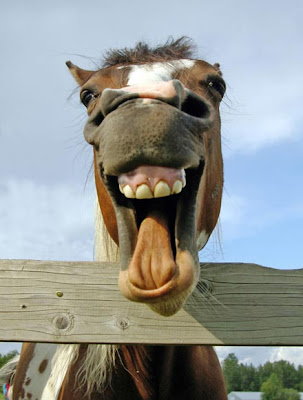 "Working on a new sermon series: Seeking the Presence of God. This new sermon series addresses what I believe is going on in the life of every human being with or without their awareness. All humans have within their make up a certain desire to be satisfied, to be at peace, and without knowing it, to experience the presence of God in their life." --Pastor Robert Dillard


No, this was not generated randomly in the Deepak Chopra quote generator.

Which, oddly enough, makes more sense than the top statement written by a human being with a brain.

The above quote by Dillard is what is known as "Christianese" or "Christian-speak." It sounds deep and meaningful to Christians, but when given some thought, it all proves to be void of any real meaning whatsoever. Most Christians don't see it, because they don't question the correctness of their grammar.

But all we need to do in order to show the fault of this unquestioning stance is ask: what does "seeking the Presence of God" mean, exactly? What does "Presence" with a capital "P" mean, and how is it different from a lower case "p"?

How can sentence 2 and 3 be read without realizing that it's impossible to have desires going on in your life that you are unaware of? A desire is something you want--which means you would have to know what you want a priori before coming to the conclusion that you desire it, whatever it may be. We can't very well know what we want all the while being unaware of what we want.

This is crazy talk!

What does peace have to do with experiencing God? Why couldn't we, for example, experience God in the form of a series of little orgasms?

Altogether the jumble of sentences is quite meaningless. Broken down line by line, it is even more meaningless.

This is the problem I have when talking to deeply religious people. Their "religious language," to call it that, seems to make sense in their mind--but all it does is confuses the speakers and confounds the conversation. Even when Christians are speaking it to each other, and nodding along as if they comprehend the deepity of it all (to borrow Michael Shermer's term--although I have just been informed it may be Daniel C. Dennett who first coined it), the only thing that is for certain is that if you quizzed them on what it meant, all their answers would come out just as random as those which come out of The Wisdom of Chopra phrase generator.

I hit refresh on The Wisdom of Chopra generator page and got a new Chopraism, which reads:

Actually, no. No they're not.

And when religious people say things this dumb, how can we not call them on it? Something sounding true, or meaninful, doesn't always necessarily mean it is. It took me thirty years of Christianity before I realized this. Some Christians will never come to realize it, because to them, "Christanese" is more uplifting, inspirational, and outright angelic than a chubby cherubs little fart.

Which is why I had to hit the refresh button one last time.


"The secret of the universe relies on your own knowledge."