Legalized Adolescent Marriage: A Form of Violence Against Women 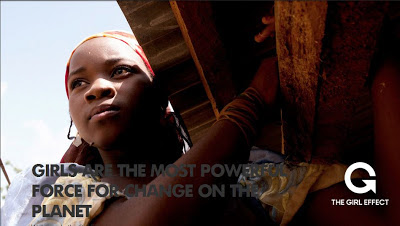 Legalized Adolescent Marriage: A Form of Violence Against Women

Let's face it, you don't have to be a rocket scientist to realize that in nearly every society where religion has prospered, it has done so at the sake of women's liberties. Whereas the power has traditionally gone towards the male, and the patriarch, who are the gatekeepers not only to a life of stability (based on man-made economical schemes which value the woman only as chattel or breeding stock) but have also traditionally been the spiritual gatekeepers as well.


And, well, where has this gotten us as a society? Nowhere fast, that's for sure. Every society which oppresses its women by restricting them equal rights, such as the right to education, the right to vote, the basic right to live a life without having to rely on a man or be in fear of what will happen if she voices her female opinion in opposition to a man, creates an imbalance which ultimately degenerates society into a medieval anti-women mentality.

Religion maintains its power by suppressing and oppressing women. One of the ways religion does this is by physically and mentally oppressing women by marrying them off at shockingly young ages, before they have matured, where religious standards of marriage are imposed which contradict common sense.

Countries like Saudi Arabia, Iran and Yemen (highly religious Muslim countries) allow child marriages. Many religious countries do not discriminate between "age of consent" and "legalized marriage" as they have strict religious laws which would implicate the woman, and punish her, for having sex out of wedlock. This forces the woman to be a "slave" to her husband, and as such, marriage becomes a form of slavery.

There are over 64 million child marriages currently reported, all of them predominantly young girls being married off to older men, and the majority of them happening in highly religious societies.

The Islamic Republic in Iran recently issued a statement saying they will lower the legal age of marriage for girls down to 9 years old. This is on top of nearly 50,000 reported child marriage and almost 500 child marriages to girl under 10 since 2009.

All this is appalling to anyone who values the safety of children, but this is just the start of a bigger epidemic of child-rape culture and, in many cases, violent rape ending in death.

Consider this, the largest killer among girls 15-19 years old (globally) is adolescent child birth. How did these adolescent births come about? Mainly through child marriages.


Some areas, like the Tambacounda region of Senegal, have child marriage rates as high as 75%. It should be no surprise to us then that the main religion of Senegal is Islam.


Although Islam is the worst offender of child-marriage-rape in the world today, it's only a small part of the problem. There is a lot of cultural accomodationalism going on too. In a recent discussion on this topic I saw on Facebook, one of the commenters made this statement:

This is, of course, accomodationalism masquerading as multiculturalism. We're supposed to respect other cultures and peoples, so who are we to say their practices are wrong, harmful, or damaging?

Well, there is a reason most civilized societies create laws protecting children. If history gives any indicator, children are always the victims. Children are defenseless in almost every conceivable way. As such, we as a society have erected child labor laws and set the age of consent to after sexual maturity where mental maturity is that of an adult. These laws are there to protect those who would otherwise be victimized.

Anyone who disregards these basic, humane, rules for "cultural acomodationalism" are simply part of the problem. Like the person above, whether they realize it or not, they have agreed that child-rape (a synonym for adolescent child marriage) in Islamic countries is perfectly okay, because, after all, that's what they do.

But their comment reveals a dangerous form of ignorance. They have not, for example, taken the time to consider the damaging effects of adolescent child marriage--which is the largest killer of girls ages 15 to 19 in the world. Think about this. Men are raping girls as young as 13 and 14 in these countries that allow child marriages, and these children are DYING!!!

That's a huge problem. And if you think it's alright because this is simply what these countries do, then you're a fucking moron. Period.

Child rape is never alright. Adolescent child marriage is simply a form of rape, because let's face it, a girl who is 9 or 10 years old simply could not have given her full consent--mainly because she doesn't even know what saying "yes" entails. Do you honestly think that they sit the girl down and inform her that part of the marriage deal is that the 40 old man is going to tear into her with his penis, which will physically traumatize her for life if not cause some serious physical damage, and that she'll get pregnant and probably die of complications in child birth? But not to worry, she still has a few years until her 13th birthday before this heinous crime of child rape goes down, so until then, just enjoy life! Do you really think that's what they tell these little girls?


In fact. According to most statistics, keeping girls pregnant from early on not only creates a substantial health risk for her and her children, but it worsens the economic conditions of society as a whole when women are abandoned, divorced, neglected, and frequently left to poverty without a means for support, health care, or better opportunities since, in most cases, they were denied a proper education from as early as 9 and 10 years old since because were chosen to be child brides, aka breeders, all in the name of religious tradition.


The bottom line is this, legalized adolescent marriage is a form of violence against women. It needs to stop. And the only way it's ever going to stop is if we star spreading awareness about it.

If you want to help little girls and stop the terrifying reality of adolescent child marriage, please head over to The Girl Effect.org to learn more on what you can do to help.

Don't leave the future of these girls up to the men (and the cultures dominated by them) who would seek to exploit them and ruin them. Act now, and work toward making the world a better place, not just for girls, children, and women--but for all of us.