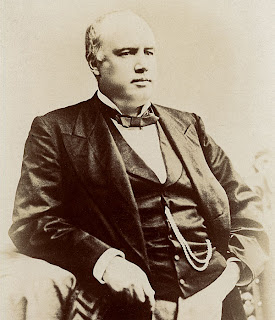 "It is hard to overestimate the influence of early training in the direction of superstition. You first teach children that a certain book is true--that it was written by God himself--that to question its truth is a sin, that to deny it is a crime, and that should they die without believing that book they will be forever damned without benefit of clergy. The consequence is, that long before they read that book, they believe it to be true. When they do read it their minds are wholly unfitted to investigate its claims. They accept it as a matter of course....

"In this way  the brain of man has become a kind of palimpsest upon which, and over the writings of nature, superstition has scrawled her countless lies."


You can find this quote in my republication of Ingersoll's key works in the collection Reason Against Blasphemy.