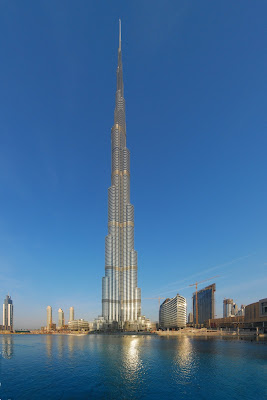 Dubai is an Islamic city in the United Arab Emirates and is turning out to be a rape capitol of Islam. What's truly shocking is this isn't to be totally unexpected. Islam is a belief system that seeks to dominate and control the woman. In countries that follow the Islamic Sharia laws, such as the UAE, extramarital sex is completely forbidden and an unmarried couple can be punished for kissing or even holding hands in public. Punishment generally involves imprisonment and flogging.

In Islamic governed countries double standards abound, especially where men and women are concerned, and Dubai is the perfect example of this unfair belief system being enacted as a frightening reality.

News has erupted with the unjust sentence of a 25 year old Norwegian rape victim, who has been sentenced with 14 months in prison for the crime of "being raped." Meanwhile her rapist gets off with an easy 13 months.

It says a lot about the sense of justice of your culture when the criminal gets sentenced to less time for the degrading, hateful, assault of another human being whereas the victim must suffer the agony of being blamed for another person's crime on top of the trauma already dealt.

Here's a short summary of other women who have been assaulted in Dubai (borrowed from the fine folks over at Atheist Republic).

Minutes after posting the Australian news program Sunday Night's documentary on Alicia Gali, with the caption "Shame on Dubai," my link was flagged as inappropriate "hate" speech.

So to whoever reported me, "Fuck you. You're filth. You're immoral garbage and you're a bigger disgrace than the rapists who harmed these women and the country that spat in their faces."

And to the UAE and Dubai.

FUCK YOU. YOU'RE ALL A BUNCH OF ASSHOLES.

And that's not hate speech. That's just telling it like it is.

To those Muslims who have done nothing to protest their religion's sickening practice of injustice and abuse of women. I also give you, in all fairness, a well deserved:

Apologies for the tone of the rant to my regular readers. I just cannot tolerate such level of abuse against women. As far as I'm concerned Sharia law is a crime against humanity. And I think any culture which sponsors it is sick and needs to be inoculated against.

Live well and be wise. Also, don't travel to Dubai.