Why the Problem of Evil is a Weak Argument 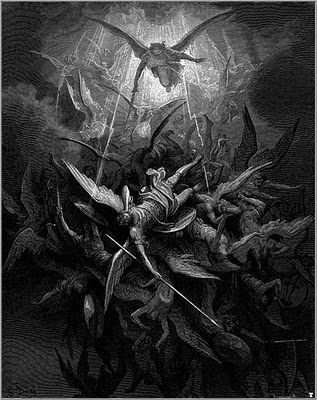 The Problem of Evil is simply the observation that there is a discrepancy between the assumption of God being *all loving and the amount of evil and suffering that exists in the world.

If God is all loving, then how can there be evil? After all, an all loving God would not permit that which he loved to suffer. In so doing, logic dictates that God cannot be all loving.

Or there is no God.

But the argument from the Problem of Evil only disproves a very narrow conceptualization of God. It can only work if the person of faith believes in an ALL LOVING God. Any other God will not do.

For example, if you try to use the argument from the Problem of Evil with a Muslim, they will probably remind you that Allah can will what Allah wills, therefore he can will evil as well as goodness, since Allah is all powerful.

At once the Problem of Evil becomes meaningless. In fact, under such a paradigm of God belief, the evil and suffering actually support the idea of a God who allows for it.

Now, I admit that the Problem of Evil poses a problem of huge magnitude to those who profess God is all loving. But beyond that narrow spectrum of God belief, the *all loving God concept is actually a minority belief. That is, the belief that God is an exclusively loving entity only works for Christian belief, and only certain denominations of Christianity.

So at best the argument could only disprove ONE type of God.

And I find that a weak argument.

Another reason I find it a weak argument is because it forces the nonbeliever to have to concede to the possibility of a loving God. We have to say things like, "Sure, if there was a loving God then..." and "If such a God existed, well, I suppose that..." and so on and so forth.

My position is that the burden of proof lies with the theist. First prove God exists then talk about his features/attributes. Don't tell me God is *all loving, because that's a meaningless statement to me. You haven't proved God yet. All you have done is merely renamed God as loving--you haven't shown why or how.

What's more, most Christians who profess God is loving merely appeal to the good deeds and acts they see in their lives--happenings which they then merely attribute to God. In other words, instead of a valid proof for God, they offer an anecdotal story which is just as meaningless as the concept of God.

When someone says they believe in God, regardless of what attributes they might assign, I merely ask: What do you mean by God?

Once they provide a definition, it's much easier to show how their definition is, in point of fact, incoherent.

I'd rather go this rout than have to concede philosophical ground to implausible concepts just to validate my position. The thing we need to realize is that as an atheist my position is already valid. There is no evidence for God and therefore no evidence to invalidate my position of nonbelief. If a theist wants to challenge me by claiming God exists--then they need to demonstrate there claim is valid instead of just asserting it.