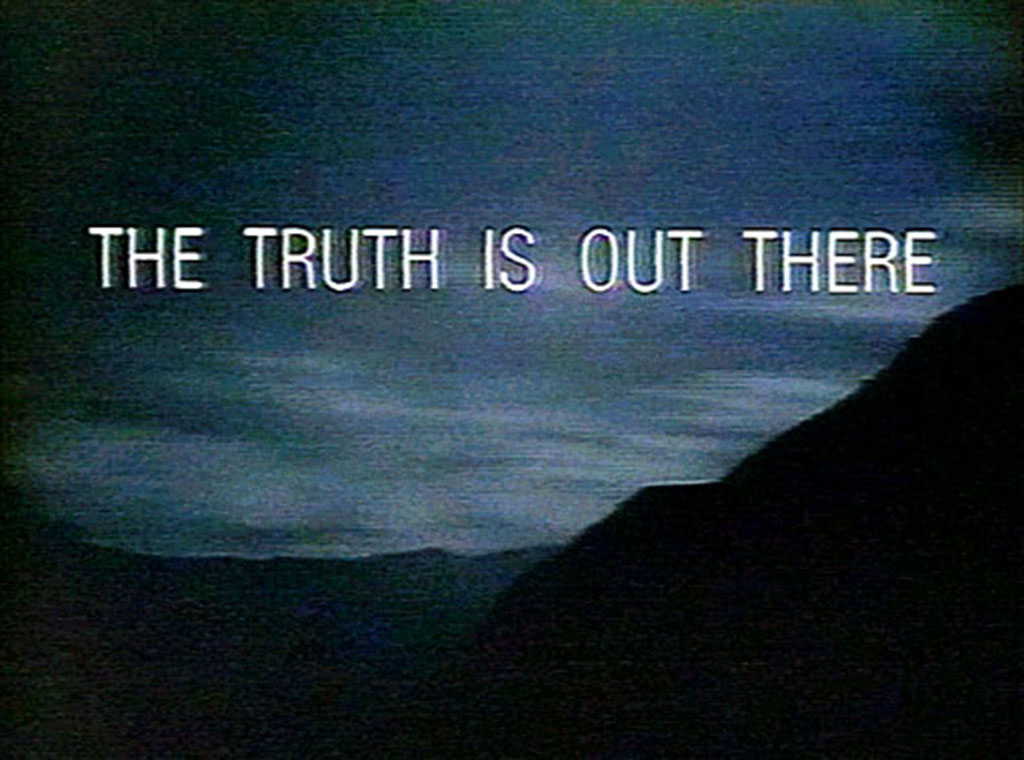 I recently watched a video by the philosopher Peter Boghossian about being authentic.

By being authentic he means being honest with yourself as well as others, being honest with what you can know and the limits of your own knowledge, not obfuscating just to cover up the fact that you may not know, and admitting uncertainty when you simply don't know instead of making shit up.

The lecture got me to thinking about how religious people often deceive themselves when it comes to their faith. But instead of pointing out all the obvious lies of staunch religionists and Christian apologists, I want to look back at my own self-deception.

First off, let me just preface this with the disclaimer that I fully understand why people continue to believe. Just because I believe they have told themselves a fib and bought into it doesn't mean I think all religious believers are excessive compulsive liars.

The main thing to realize is that we are often inculcated and indoctrinated into religion. The lie is already in place, and as children we believe it because this is what we are taught. We simply do not know any better.

A young mind, needless to say, cannot escape the constant bombardment of beliefs they are told to accept until they can honestly evaluate those beliefs for themselves. Once one enters into the age of reason however, it is at this stage where self-deception enters the game.

For me it probably began when I entered college. I was late entering into the age of reason because high school was fun and games, and lots of church. It wasn't until college that I became open to learning. It wasn't until university life, away from my secluded small town in a conservative red state, that I finally learned about things like science, including physics and biology, philosophy, including other worldviews that differed from my own, and on top of all this I read a whole lot of literature--that is, I was a full time English Lit. major doing a second degree in Asian Cultural studies at the same time. The university library became a second home to me.

Looking back, I realize I had amassed enough information to come to the atheistic worldview on my own, yet I hadn't. I wouldn't stop believing in God until I was 30 years old. So what kept me a devout practitioner of the faith for three long decades?

Was it compelling evidence?

Was it compelling apologetic and theological arguments?

Was it my environment? (Well, till a degree, perhaps, but not since I was attending a secular institution).

Was it my experience with God?

No, I stopped attending church functions to double down on my studies.

So what exactly kept me a believer for so many long years?

I think Peter Boghossian's point about being authentic reflects what is probably all too common among those who are raised in the faith. We learn to lie to ourselves because we've been told lies about reality since we could barely walk and talk.

I was simply lying to myself. Denial, after all, is the best reassurance there is! God is real! When I was in doubt, I'd just repeat the prayers in my head like a mantra, until I started believing what I was saying in my mind represented some aspect of the truth.

But it wasn't true. It was all in my imagination. In fact, I think I knew that. I often would begin my prayers with, "God, if you're hearing this..." or "God, if you're really there..."

But this only forced me to my knees to pray even harder. And after long spells of focusing all my heart, mind, and soul on God... I felt relieved. God always was there for me, watching out for me, and Jesus was willing to take long walks on the beach just to wait for me to ask why there was only one set of footprints in the sand--and why had he abandoned me.

The Jesus in my head echoed the words of the overly sentimental poem, there is only one set of footprints in the sand because that is when I carried you. But did anyone actually carry me? Did divine intervention lift me up and pull me out of my moments of desperation? No. Strange looking back that it never occurred to me that the footprints were my own, and that the voices in my head were my own as well.

Like many believers, I was good at convincing myself that there were signs. I wanted God to be real, so I always kept an eye open for those mysterious works of his. Then when I saw some positive reward in my life, well, I attributed it to God. It was a miracle! You see, that lie boosts one's confidence that God really is watching out for them and theirs.

But it was still a lie.

It was learning to be authentic, with myself and certainly with others, that led me to finally admit I couldn't keep pretending that I had answers or signs from God. These were all my imagining. At the end of the day, I simply had to admit that I didn't have all the answers.

And that was scary. Scarier still, I didn't know what would happen if I stopped telling myself the lie. In fact, I think this fear actually drove me away from admitting the truth for quite some time.

I didn't want to admit I was wrong about my beliefs, because so many believed and how could so many be so wrong? It seemed impossible.

What's more I didn't want to be a disappointment to my family and friends, all devout Christians. So many held me up as a fine example of a good Christian and told me to soldier on. I jumped in the deep end and there was nothing you could say or do to get me out of the water, I was on fire for Christ, I was a Jesus Freak, I was all about Interfaith ministries, fellowship with other Christians, Bible studies, Christian charities, and so on and so forth. But what I didn't realize was that I was slowly drowning myself in the lies I told to myself.

I had devoted so much time to practicing my religion that I wasn't growing as a person. But that didn't matter, because at the time my goal was to grow in my relationship with Christ, not grow as an individual.

But still, I couldn't give up my religious beliefs.

They were my beliefs!

I had these beliefs that others shared, and being a part of something, that felt good. Being Christian, being part of the team, that made me feel that I could do no wrong. After all, I was a weak, broken, sinner in need of saving, and only Jesus could save me from myself--at least that was the lie I told myself.

Fellowship reinforced my Christian beliefs, and so I became that more entrenched in them.

For a long time I just wanted to keep that comfort blanket that my religious faith afforded me wrapped tightly around me. With the armor of God, armed with his Holy Word, I felt as if I could face any challenge in the world--at least, that's the lie I told myself. In all honesty, I was ill-prepared to face anything in the real world.

But then I went out into the world, and it shook me to my core, and somewhere along the lines I had to learn to grow up. Never-Never Land was just a myth, and the time had come to leave childish things behind me.

My life in Japan played a large part in my deconversion and ultimately into shaping the person I am now.

But the change that occurred in me was something more than that as well.

It was finally realizing that I could be honest with myself--and that I wouldn't go to hell for not admitting absolute certainty in what I believed. I was free to have doubts! Free to question. Free to look back on my beliefs and ask myself if they had any semblance of truth. Furthermore, I could be honest about what I knew. And the more I realized how much I didn't know the more humble I became by this acknowledgement.

So I stopped pretending to know what I couldn't know for certain.

And I started searching for the answers.

But at least now I have no pretenses about what it is I believe and who I am as a person, and I'd like to think that as I've matured over the years I've gradually grown more authentic and more comfortable with admitting I don't know instead of coming up with the best possible lie to soothe away my fears.

It was a long time coming, but I've finally learned to stop lying to myself, and that feels liberating beyond belief.

Now when I talk about these things people who knew me then say I was never a real Christian. Or they say I am rebelling against God. Or that I am overly confident in my own intellect.

But I never fell away, per se. I never turned my back on God, as I've so often been accused of doing. I just grew up.

And I never rebelled. I've never been the rebellious type. I simply learned to think for myself--which is also part of growing up.

Finally, I wasn't instructed or told what to think and believe. I was free to forge my own philosophies, find my own beliefs, and that much is half the battle right there.

At least I no longer have to pretend to know things I can't possibly know just to feel good.

Now my eyes are wide open to the world, and I am curiously gazing out at the universe as if for the first time, and I see now that I wasted so many years lying to myself about what I thought I knew.

Now I begin with a clean slate. At least now it's a slate of my own writing.

Better late than never, I suppose.