Is Caitlyn Jenner a Hero? 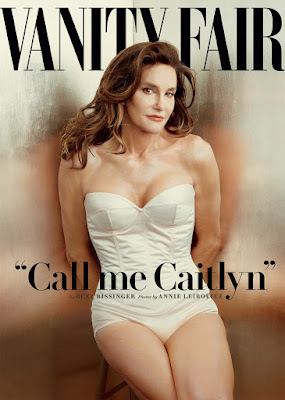 I thought I was done talking about this topic, but obviously not. There are too many dense heads and unsympathetic people who'd rather sling nasty hate than try for one second to exercise a modicum of empathy.

So, without further ado...

Some people are saying what Caitlyn Jenner did is not brave or heroic. 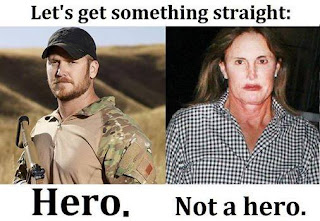 A lot of this hullabaloo comes hot off the heels of the announcement that Caitlyn Jenner is going to receive the Arthur Ashe Courage Award.

So, the question is:

Is Caitlyn Jenner a Hero? Is she courageous? Brave?

Those who still may not think Caitlyn Jenner is doing something heroic, let me just say that I can guess with fair certainty that you are not a transgender person hiding in the closet for fear of walking down the street to get groceries or pick up your kids from school only to be beaten to death in the street for no reason but for the fact that you were different.

I am sure Jenner's actions seem heroic to those people who have endured such hardships, who live in constant fear and intimidation, and who might have even experienced the trauma of physical abuse first hand and the ostracizing by family and friends as well as their communities.

People's inability to sympathize with the LGBT community is the problem, not the fact that Caitlyn Jenner is a high profile celebrity. Jenner is in a key position to be a spokesperson for the LGBT community and can aid in bringing greater cultural awareness and tolerance for LGBT people.

So, the question is, should you care? Yes. I think so. I think it is a necessary conversation.

Jenner doesn't need to be my personal hero to be a hero and an inspiration to others. What I find heroic isn't the issue here.

My beef isn't with what people personally find heroic. My beef is that society as a whole cannot accept that Caitlyn Jenner is a hero to LGBT people, simply because they feel confused, or "icky" inside thinking about it.

Well, if it bothers you that much then don't think about it, but by the same token, don't try to dictate what people can and cannot find heroic because it doesn't fit with your views of heroism. There are many different kinds of heroes for all walks of life.

The problem I have is when people who don't care to even begin to try and understand the LGBT community decide to bad mouth them, sling insults and hurtful comments, and occasionally intact senseless violence against them instead and then wonder why the they want heroes.

When you can't muster up enough empathy to say anything supportive of Caitlyn Jenner or any of the rest of the LGBT community but feel more than within your right to share hurtful or damaging memes / words about them, then all you are is an asshole. So what does your opinion matter anyway?

Society needs to grow the fuck up.