Is Theism LESS Rational than Atheism? 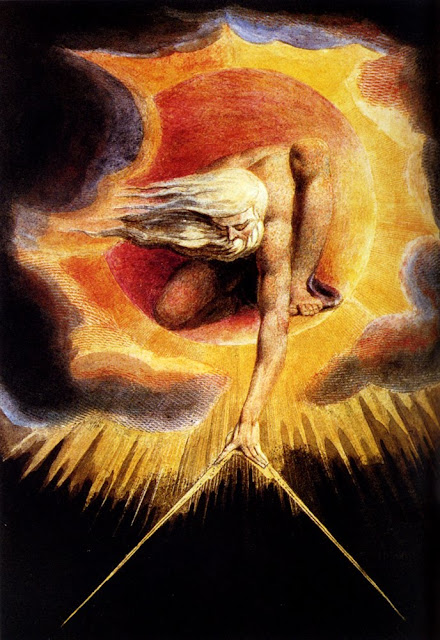 A bit of philosophy to chew on.

If upon seeing a white dove you conclude all doves must be white, you have reasoned illogically.

If upon seeing a white dove you conclude some doves are certainly white, you have reasoned logically.

When seeing the universe exists you conclude the universe must have had a creator, sorry to say, this is illogical reasoning.

Upon seeing the universe exists and you conclude that the universe could possibly have had a creator, well, this is logical reasoning.

I made a similar argument suggesting that theism is the less rational position when compared to atheism for similar reasoning. Atheism doesn't invoke illogical reasoning to support its premise because it doesn't need to justify a supposition which isn't evidenced like theism clearly has to.

Atheism is, more or less, a consequence of theism's failure to justify its premise that God exists. Thus theism cannot be fully justified without further evidence. That is, the theist needs to present all doves and prove beyond a shadow of doubt that they are, indeed, all white.

Failure to do this, only to turn around and say all doves *must* all be white is fallacious reasoning. Proving them all white is part of the burden of making the positive claim that all doves are, indeed, all white all of the time.

Atheism, on the other hand, doesn't need to be justified in the same way because it's a response to the theistic position. It's a counter-position. Whereas the theist claimed, in effect, that all doves are white, the atheist has simply said, that doesn't seem very likely. And have left it at that.

Not likely -- that's the atheist's position in a nutshell.

Theists who turn around and say to the atheist that they cannot prove that all doves are NOT white misses the point of having the burden of proof.

Atheism merely says that the failure of theism to find compelling evidence in support of its claim that all doves are white, or in this case that God exists, is a strong form of evidence for not all doves being white and, for that matter, is evidence for the absence of God's existence.

The question is, which of these claims, the theistic or atheistic, is justified?

Well, theism clearly is not justified, just as the saying "all doves must be white" is not justified, at least not without evidence to support the claim. So atheism, as a counter-claim, is justified simply by the fact that not all the doves have been counted.

God exists is not a claim that is currently true because we haven't any discernible evidence to say either way if God exists. It's an unknown and no viable evidence has been presented. But not having evidence could be a strong clue as to God not existing.

Now, it could be we simply haven't seen all the evidence yet. We haven't seen all the doves and so cannot say whether they're all white or not. It's possible. But then this is where probabilities come into play. Having never seen a mundane pigeon, only a white dove, what are the odds that there wouldn't be a non-white dove given the one white dove we saw? Well, for determining this you will need additional data. You will need to start counting all of your doves.

Atheism simply says that theism hasn't presented any doves for us to count. In other words, there's no evidence to support the claim -- not about doves, and certainly not about the existence of God. And assuming all doves are white, like assuming God exists, minus any evidence is not a valid conclusion. It's not a valid inference even. What it is, however, is the failure to present any doves. And the skeptic is well within her right to say that short of counting all of the doves, there's simply no way for the claim all doves are white to be proved true.

Therefore, to assume that all doves are white, or that God exists minus any reliable evidence to prove it -- and saying it's a priori true regardless of one's inability to prove it so, is not rational. One cannot know if it's true or false minus any valid proof of its being true. And the failure to demonstrate the claim coupled with the certainty that the claim must be true (and cannot possibly be false) makes the position irrational.

One might point out that the absence of evidence isn't necessarily evidence of absence. And in certain rare cases, this is certainly true. But in the majority of the cases not having evidence of a thing is usually proof of its non-existence.

Fairies at the bottom of gardens and IPUs being fine examples of the majority cases of non-existent evidence being evidence of non-existence. Therefore, all things being equal, the assumption that another non-evidenced thing might fit the rule rather than the exception to the rule is certainly valid.

All things being equal, to automatically side with the theistic position and claim it is the correct one -- that it *must be true -- that all doves must be white or that God must exist -- given this lack of evidence is, quite frankly, illogical.

Siding with an illogical position because you like what it implies better than the competing position, is not entirely rational. It boils down to theists not being atheists because they like the sound of theism and cannot possibly entertain any other belief propositions, whereas atheists are not theists because theism is an unsupported position which rests on invalid assumptions.

Of course, atheism might still be proved wrong. But as the proposition stands, it's not relying on bad or fallacious reasoning, just on what seems to be the most likely case. As such, it's not illogical to assume God doesn't exist given the dearth of evidence. Rather, the burden is still squarely on the shoulders of the theist to prove their claim is the exception to the rule.

It's worth noting here that the atheist doesn't say that theism *must* be false. Atheists do not usually say God certainly doesn't exist. Well, some strong atheists might, but they might have other reasons for saying so outside of their belief proposition that atheism is more likely, given the status of evidence. That is to say, the weak atheists my have good arguments which may go a long way toward validating strong atheism. But that's a discussion for another time.

Mainly what we are contending with here is, when discovering a complete dearth of evidence, we can assume that, in all probability, the belief that God exists, like the belief all doves must be white, is false -- contrary to popular opinion.

As such, atheism is a more logical position. Theism, although rationally argued, is not itself a rational position given the nature of the reality we observe and the surprising lack of evidence, evidence we would expect to find in abundance if the theist proposition was true.

As I said, atheists could still be wrong. I've never denied the possibility, yet it seems the odds are slim to none of it actually being false. But what are those odds exactly? That depends on the probability of any given amount of evidence being counted in favor of the theisti vs. atheist position and wehther that evidence is enough to counter the atheist's skepticism.

In nearly every case it does not otherwise there wouldn't be so many atheists. And that is a strong indicator that theism has failed to support its claim. For if theism had a relatively well-supported claim, atheism would appear foolish on the basis that atheism could be easily falsified. The theist could simply point out the window and say, "Behold! God!" And the atheist, at the risk of making himself into a nitwit, would correct his mistake.

On the other hand, in our natural world in which we actually live, we ask where is God? And the theist points out the window at nothing and we atheists give them blank stares.

Now you know what I mean by my claim that atheism is the more rational position. But the fact remains, instead of quieting the atheists skepticism by presenting evidence, theism has merely pointed out the window at nothing and said, "See, God exists!"

But who knows? Maybe atheism is wrong. Maybe the delusional belief in God turns out to be correct. Maybe miracles are real? It's possible.

But a possibility is not a certainty in the same way that saying some doves are white isn't the same as saying that all doves must be white. The truth of the matter lies in the *proving.

This is why, for me, a person claiming they've "experienced" God or having had a "personal relationship" with God and claiming they see him working wonders in their lives is NOT a form of valid evidence. It's not a proof for anything. It's anecdotal accounts of subjective experiences which are, in most cases, completely unsubstantiated. It's nice that they believe that. But that's all it is, a nice sounding belief. It doesn't make the belief true.

At best, such anecdotal accounts still need proving -- not so unlike the belief in God itself.

Atheism doesn't require any additional proving. If it did, it would mean evidence for God was so abundant as to be a certainty. If theism was true, the atheist would say, show me God and the theist would say, sure, and point out the window, and low and behold!, we'd see God and say, "Damn." And we'd feel like fools. But luckily, that's not the case. I look out my window and see a parking lot. And that's about as good of evidence as any theist has for God, which is to say, none at all.

The easiest way to falsify atheism is simply to have God manifest himself. Failure to do this little trivial thing of making an appearance validates the atheist's skepticism while, at the same time, confounds the theist's certainty.

Besides, if you could say that God exists with the utmost certainty, then, by all means, present your evidence. A Nobel Prize awaits you. However, I'm quite confident that the opposite is the case. I could be wrong, but then the question becomes, have you counted all the doves? No? Well, I rest my case.

Naturally, I welcome any responses to my reasoning here. Am I way off base? Or is there a case to be made that theism is less rational a position than atheism? Of course, this doesn't mean theists cannot rationalize well. I think we all, whether believer or nonbeliever, all rationalize about the same. But when it comes to the above, am I wrong here? Let me know what you think.