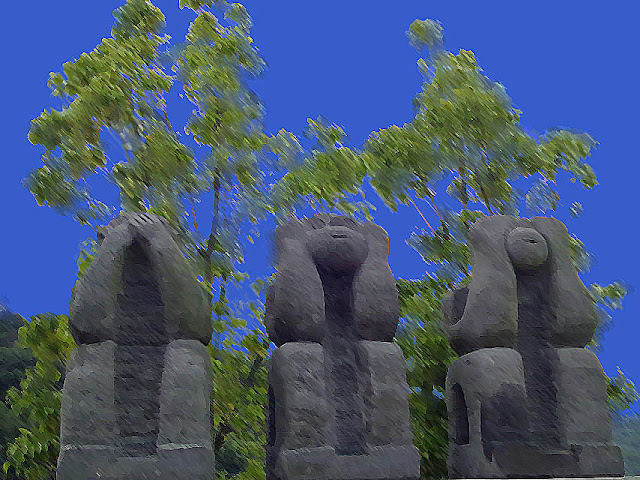 Online Christian apologetics amounts to nothing more than poorly concocted Christian propaganda. You'll all probably recognize the following Christian chain letter as it is quite familiar.

[Note: When I originally received this chain letter "If you don't know God... yadda yadda yadda" with the subtitle "God is Busy (this is funny)." I now receive it under the suspiciously menacing subtitle of "Cold Cocked." I thought it interesting that the tone of the subtitle has become threatening and violent--proving that Christians compassion is not lost on us.]

A United States Marine was attending some college courses between assignments. He had completed missions in Iraq and Afghanistan . One of the courses had a professor who was an avowed atheist, and a member of the ACLU.


One day the professor shocked the class when he came in. He looked to the ceiling and flatly stated, GOD if you are real then I want you to knock me off this platform. I'll give you exactly 15 min.' The lecture room fell silent.. You could hear a pin drop. Ten minutes went by and the professor proclaimed, 'Here I am GOD, I'm still waiting.'  It got down to the last couple of minutes when the Marine got out of his chair, went up to the professor, and cold-cocked him; knocking him off the platform. The professor was out cold. The Marine went back to his seat and sat there, silently.

The other students were shocked and stunned, and sat there looking on in silence. The professor eventually came to, noticeably shaken, looked at the Marine and asked, 'What in the world is the matter with you? 'Why did you do that?' The Marine calmly replied, 'GOD was too busy today protecting American soldiers who are protecting your right to say stupid stuff and act like an idiot. So He sent me.'


The classroom erupted in cheers!


There are so many things wrong with this I don't even know where to begin. Perhaps the best place to start, as Sherlock Holmes often reminds Dr. Watson, is at the beginning.

Ask yourselves this, is not the comment I KNOW GOD maybe, just maybe, a little more stupid than the humble admission that God is too vast and transcendent to know?

Obviously this form of apologetics isn't meant for thinking Christians. It's meant for the Christians whose heads are rattling around in the echo chambers of faith. The ones who proudly stand up and profess their convictions of faith, "Oh yeah, Praise the Lord. Praise Jesus! Hallelujah!"

These are the fall in line, borderline illiterate, sheep. I mean, they can't even quote a decent slice of scripture, so instead they send ridiculously offensive chain letters like the above. Yet let's not overlook who that first comment is really directed toward: skeptics and nonbelievers--and generally anyone who has thoughts.
Next the quaint little story tells us that there is this soldier, a Marine apparently, who has served his country. His foil is a college professor who is part of the ACLU, or American Civil Liberties Union. In essence, both men fight for other people's freedoms, but this is something the article quickly dismisses, since it is less interested in this fact than demonizing anyone who might be a member of the ACLU--by equating them with atheists.

There's the Christian spirit we have come to know and... well... tolerate. Exactly how it is meant to be an insult to compare a group dedicated to protecting people's civil liberties with secular, rational minded, people trying to do the same is beyond me. Maybe you can figure it out, personally, I wouldn't bother wasting my time.

The professor begins his class by making a challenge to the all powerful God of Christianity, stating that if he [God] exists, that in order to prove it he should knock the professor off the podium within fifteen minutes. I imagine the professor making this declaration as he looks up at the ceiling--wagging his intellectual finger as he challenges God.

Everyone watches in anticipation. Well, that's what we are told. So the fifteen minutes are almost up and the professor restates his ultimatum. Enter the Marine. 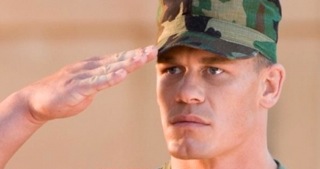 The Marine stands up, marches over to the podium, and to our shock, assaults the professor with violence, by punching him out (i.e., cold-cocking him). If this isn't bad enough, now the story gets even more absurd.

After the brutal attack, we are led to believe the class just sat there and waited for the professor to come to. Nobody pulls out their cell phone to call 911, and nobody makes a citizen arrest of the Marine for his act of felony, which would end in his court marshal, by the way.

(This is supposed to make you feel good that the annoying prig of a professor got what was coming to him since he had the gull to attack people's "cherished" personal beliefs. Yeah, whatever. Brutal violence is violence no matter how you want to spin it--it's a crime).

Obviously this proud Marine doesn't have a family to worry about, but never mind. When the professor regains consciousness he inquires as to the reason for the battery (although I personally would have filed charges and made sure this particular Marine was put behind bars so he couldn't hurt other innocent citizens).

In reply, the Marine snidely comments that "God was busy..." protecting the men and women of the Armed Services, who were in turn protecting the professor's right to practice his freedom of speech, so he took it upon himself to act as emissary on God's behalf (in the name of God I smite thee--with my fists!).

Still, I find it surprising there are no police showing up and arresting the militant Christian criminal. But this doesn't matter, because our much tarnished skeptic is proved wrong--don't you know? His challenge was met--(but not really since God didn't knock him of the podium himself--which was technically the challenge).

Everyone sides with the Christian criminal and the class erupts in cheers.

How DISDAINFUL! How truly baneful, hurtful, and inglorious. How UNCIVIL! How callous, crass, and barbaric. What are we to make of this blatant disregard for a professional doctor? Anyone with a sense of decency, with integrity, would be just as outraged at this story as I am. The fact that it is so freely spread around should outrage them even more. Those who can't see what's wrong with this story, or what's wrong with depraved rationalizations, need to wake the hell up.

The Marine in this story is attacking not only the professor, but the professor's freedom of speech by silencing him. This makes the Marine in the story a hypocrite and a fiend! Whoever wrote this certainly didn't understand the concept of the freedom of speech, which would exist whether or not there was a military. That's why it's called a "universal human right." I have never heard of such barbarism being lauded like in this story--where the class erupts in cheers for senseless violence--except, you know, on Jerry Springer, Professional Wrestling, and in religious cultures where this sort of violence against (perceived) heretical views is still practiced.

Unegalitarian chain letters like this are being read by hundreds of young impressionable minds, who then think it's okay to inflict radical violence on those who think more objectively or liberally than they do. It's divisive--and it wants to instill anti-intellectualism in the most inhumane way possible--with violence--or the threat of violence. That's the message at any rate. Clearly, this is not the sort of behavior we want to instill in the younger generation.

Ironic that I should receive a duplicate of this horrible chain letter from my own Christian mother. For shame.


It is demeaning. It's intellectually retarding, because it is stating you shouldn't question religious authority, just accept it. It threatens to silence those who voice disagreement and dissent by holding the fear of religious extremism over them.

Any true and loving God would find such filth despicable and reach down out of the heavens with a lightning bolt and smite the idiot who wrote this piece of pornographic, Biblical quality, filth.

But this is what bothers me, this chain of idiocy is saying it's okay to act out in the name of faith, cause horrible acts, just so long as you don't forget to pay tribute to God for allowing you the privilege of enacting evil on another. How could it be evil if God allows it? *Sigh.  Worse still, this little mental exercise in Jihad is teaching people of faith that they will be rewarded with cheers for enacting violence against skeptics and nonbeliever.


What an inane bit of sinister and degrading apologetics.

And I have to ask, how is this different from the Al-Qaeda schools of TERRORISM? It's not! It's exactly the same faith-based thinking, the same claim to be on the side of the infallible and the perfectly sacred, which leads people to believe it's okay to start a holy war in the name of defending the honor of their religion and God. It is tribalism, extremism, and unthinking fear-mongering like this which angers me to no end.


"It's an odd thing, Mr. Ireton. Every man who wages war believes God is on his side. I'll warrant God should often wonder who is on his." (Cromwell, 1970.)


In the end, I find nothing funny about such "Christian" apologetics. It's not only disrespectful, uncivil, discourteous, ungracious, irreverent, insolent, insubordinate, contemptuous, but also flat out abusive, unegalitarian, not to forget undemocratic. It's REPREHENSIBLE! It seeks to destroy the civil discourse of men of reason work so hard cultivating, men who would respect religion more if it wasn't for corrupted religious bred thinking like the above which makes us so despise it.

I would advise anyone, no matter your beliefs, if you receive one of these despicable, void of rational content, religious chain letters of such low caliber please, do not hesitate to toss it in the trash bin and delete it. I beg of you, do not forward it to all your friends. Please, do the just thing and put an end to the chain of idiocy--or at the very least keep it to yourself.
Posted by Tristan Vick at 12:51 AM