Is The Bible Inerrant? 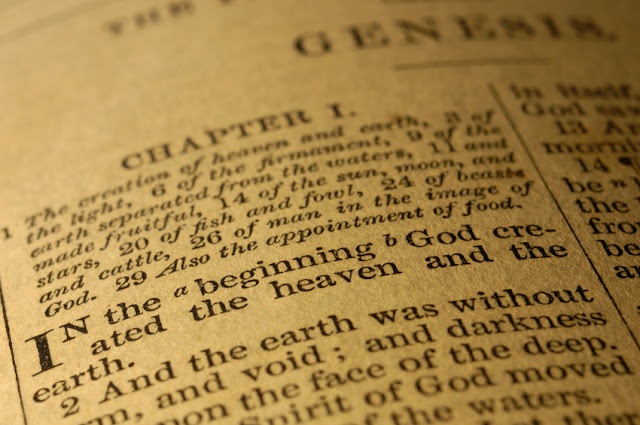 Is the Position that The Bible is Inerrant Defensible? I argue that it's not--although I find the very fact that I have to argue against the doctrine of biblical inerrancy to be strange. But there are people out there that truly believe the Bible is error free. So let's examine this proposition a little more closely and see if it holds up to scrutiny.

Evangelical Christians hold that the Bible is the inerrant, perfect, word of God. This means it cannot have any mistakes in it--i.e., it is error proof. They also believe the Bible is literal, meaning everything it says or claims is true. Therefore it is both infallible and perfect.

Christian apologists such as Norman Geisler and William Nix, in their book A General Introduction to the Bible (1986), claim that scriptural inerrancy of the Bible is established by a number of observations and processes, which include:

[Never-mind that #1 is blatantly false, #2 is circular reasoning, #3 is a case of special pleading, and #4 is anecdotal therefore completely spurious if not entirely irrelevant. All of these are well-known informal fallacies--with the exception of #1 which is just plain false.]

It stems to reason, if you could disprove this inerrant position even just once, it would subsequently render the infallibility and perfectness of the Bible defeated as well. Logic dictates an error ridden Bible could not be deemed perfect nor could it be infallible since it would, technically speaking, have failed to represent the factual truth of reality.

Apologists often get up in arms when skeptics quote all the scientifically and historically incorrect Bible verses, which are in blatant error of the facts. There protest is understandable--if the Bible is wrong--then whatever else they believe could be in error as well. Their very faith would be thrown into jeopardy. So the knee-jerk reaction to skepticism is to claim other people are mistaken. But the problem the apologist runs into is, they either have to demonstrate their claims or else admit they have failed to do so. It is that simple.

Even if the apologists are right, and we have merely misunderstood the Bible (somehow), the odds that every single one of the erudite scholars who doubt the Bible's "inerrancy" have equally misunderstand the Bible at the same precise time is unfeasible.

Preposterous apologetics aside, I still think that there is information in the Bible which can be properly falsified--and proved beyond the reason of a doubt--that the information, and the Bible itself, is full of irrevocable errors. Errors, it seems to me, which are so basic that there is no mystery surrounding their interpretation or in understanding of the inaccuracy of the verses in question.

Take Matthew 24:30, for example, where the Bible describe Christ's return. (Emphasis is mine, naturally.)

“Then will appear the sign of the Son of Man in heaven. And then all the peoples of the earth will mourn when they see the Son of Man coming on the clouds of heaven, with power and great glory." (Matthew 24:30)

Really? Christ is going to physically appear to all the peoples of the earth... simultaneously?

I hate to break it to you biblical evangelical fundamentalists out there, but the world is ROUND! 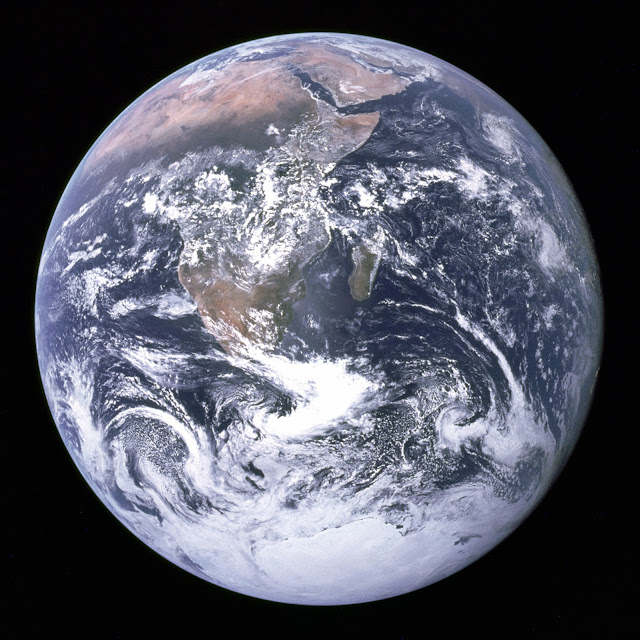 Oblate spheroid, to be exact.

On a spherical planet like our own, it is IMPOSSIBLE for all the people(s) of the earth to see Jesus coming down out of the clouds of heaven. Unless Jesus miraculously multiplies himself like he did the fish and bread. Yet this particular verse exemplifies the sort of bronzed aged knowledge which modern day Christians try to pass off as enlightened thinking. It's not. In fact, I think you can clearly see the implicit assumption contained in Matthew 24:30, that the Earth is somehow flat, is just plain old wrong.


Contrary to the opinion of most conservative Christians, the Bible, it turns out, is errant. That is to say, it is chock full of errors. Good Evangelicals loyal to their convictions will continue to deny it though, as they persist against the evidence and struggle to develop even more horribly contrived rationalizations--such as:


Jesus is meant to appear to all in a sign, or vision, not merely physical.

It is a prophecy--for in the future everyone will have video access built into their cell phones--access to the Internet--and all shall all witness Christ's return in high definition via a myriad of media sources, including Fox News!

Never mind that Christians in all ages have believed they would witness the second coming and the return of Christ--the television excuse is a post hoc fix which appropriates modern day technology to aid in making an entirely inaccurate Bible verse become (somewhat) more believable.

It doesn't do away with the written error, however, for it stems to reason that a perfect God who wrote a perfect book quite perfectly wouldn't neglect to tell us about these very important details--while avoiding hinting at the Earth being flat. Additionally, the very omission of mentioning the technological means by which we would view Christ's return--especially since the Biblical passage would have been erroneous until the advent of modern technology--the Christian is merely working backwards to fix the mistake--and is itself a mistake to do so. Thus, as with any post hoc rationalization it's merely another attempt to paint the roses red--and keep the appearance of inerrancy.

But let's assume for a moment that we have bought into the spurious rationalizations. For whatever reason, we were won over by a flurry of semantic wordplay and fancy theological footwork. Okay, so we believe, contrary to the evidence at any rate, the inerrancy of the Bible is salvaged by really shoddy apologetics! Yay! Now we can say it remains infallible. Perfect!

Again, when it comes to truth claims--the system which demonstrates itself will win out over the system which doesn't. Merely claiming something is true, without any prior justification, means you either haven't tested it or else your claim is baseless. (Apologetics is not a proper justification for faith based claims because, more often than not, the apologist does not usually test their claims against the evidence; and when they do they never admit falsification--and you can't begin with the statement that your beliefs/claims are justified prior to actually justifying them).

In fact, the very reason we would have to employ such rationalizations in the first place, to smooth over the appearance of errors, proves the Bible isn't completely infallible to begin with. The act of attempting to add clarity to the intended meaning of the Bible, as apologists are attempting in their counter-arguments, is itself an attempt to fix the confusion that has arisen--either via our understanding or of the Bible directly. Any which way you look at it--this is a huge problem for those who maintain the doctrine of Biblical infallibility. 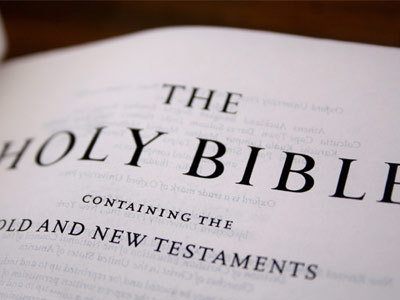 Moreover, coming back to Matthew 24:30, I would like to point out to the reader that the return of Jesus from Heaven, as contained in scripture, can only be understood literally. If we are to take it metaphorically, then this is the tacit admission that Jesus isn't actually returning. He either really is returning, or he's not, but he can't both be returning for real but also metaphorically. That's stupid.

So of course the verse in question means Jesus will literally appear to all the people on the planet at the same exact moment in time.

The only problem with this reasoning is--as pointed out above--it can only work if we lived on a flat planet like the kind the ancients believed in before Pythagoras, Aristotle, and others showed the Earth is spherical (long before Christianity, I might add). Later Galileo Galilei, the father of modern physics, blew the people's freakin' minds by showing that the Earth wasn't the only spherical object in the sky when he built a telescope with 30x zoom capacity of the original design. He also reaffirmed the ideas of Copernicus regarding a heliocentric orbit, and that Earth wasn't the center of all creation as the Christians believed. But for these evidence based facts he was condemned as a heretic by the Church--who took offense at the fact that Galileo would be so audacious as to contend the very word of God which affirmed, contrary to the evidence, that "the world is firmly established, it cannot be moved." (Cf. Psalm 93:1, 96:10, 1 Chronicles 16:30, Psalm 104:5, Ecclesiastes 1:5.)

Furthermore, if we are to believe the Bible to be innerant, then to see Christ descend from Heaven would require the use of really, really, reeeee-hi-heaaaally big telescopes, many times more powerful than Galileo's meager 30x zoom, for the people of the world far, far away to be able to see him descend from across that vast and never ending flatland.

Here's the problem with the biblicism behind the Christian desire to maintain the claim that the Bible is the inerrant word of God. The very doctrine itself renders the whole of scripture untenable when, like in Matthew 24:30, there is in fact a genuine error. Because as we are well aware, the world not flat, similarly not everyone has a really super massive telescope stashed away in their own secret observatory--cuz I know I sure don't. Therefore, due to the fact that the world is round and not everyone is in possession of a massive telescope, we know for a fact that not everyone will see Jesus' return--and Matthew 24:30 is rendered false. So we find that Matthew 24:30 is in error. Thus we have solid evidence that the Bible is clearly, unmistakably, errant!


Now the only way the apologist could hope to remedy this conundrum would be to delete the word "all" thus making the verse less specific while leaving it open to interpretation. However, the very deletion of the word, and thereby the tampering of the Bible, would be proof in and of itself that the Bible, and God's word, was in need of serious correction. As such, Biblical inerrancy is not only highly implausible, but it is also indefensible.

In the game of Chess, once the Queen is gone--the Chess game is all but lost. After all, there are only so many fumbling moves one can make before the inevitable checkmate. Likewise, once "Inerrant Bible" is off the table, there is no such thing as a lasting infallible or perfect word of God. For all intents and purposes, the game is already lost. In conclusion, the Bible is fallible, errant, and imperfect--I'm sorry to report.