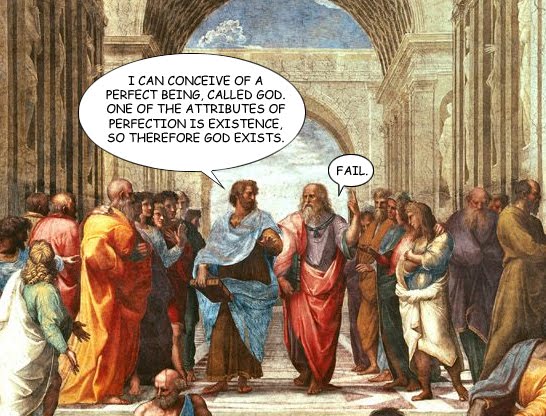 New Testament critic TG Baker has written a logical proof which explains the exact problem I have with the ontological argument for God's existence and why it is inadequate as an argument for the existence of God.

Even if the argument is logically sound--it still lacks empirical knowledge to validate the logic. This is why I have always been suspicious of the ontological argument. Baker's claim, as follows, focuses on "capability" rather than omnipotence:


Our world entails there is no capable limitless good being. If there is a god he is not that being. Also a world of limitless well being would necessarily exist in all possible worlds. Since it does not do so in ours then it is not necessary and therefore is a choice of many worlds. A limitless good entity, god or such would choose the best to create. Since we do not live in that world no limitless good being/god actualized our world.


The argument at least places the question as to whether our attributes of god which are in conflict with themselves show that they are really in conflict with his actual properties and therefore invalid or simply relative compliments of worship that are not literal but poetic.


I personally see the ontological argument, my argument and other modal logic arguments to secondarily demonstrate the limits of logic in that such statement as the ontological argument can only demonstrate the validity of its rationality and not the actuality of its claim. I have attempted to ground my argument into the actual world and therefore allow it to meet empirical knowledge which I prefer to logical knowledge in many areas.

I couldn't have put it better myself.

Until ontological questions can be anchored in reality by real empirical knowledge, and thereby demonstrate their claims, all they really amount to are fancy logic proofs. Not evidence. Evidence is the tangible part which all logical demonstrations require in order to be proved true. One who prescribes to Evidentialism need not necessarily dismiss ontological claims merely because they are without evidence--but minus the evidence we should be highly skeptical that the logical proof is anything other than conceptual.


Note: Here is a link to a useful PDF focusing on an introduction to Proof theory and modal logic. It's quite thorough--and recommended for advanced readers. There are easier essays you can find on Google Scholar if need be, but this one was so thorough that it has helped me refine my understanding of logical proofs. Even though I barely understand the processes of logic, I can now better make out what all the x's, p's and q's stand for and how they relate to each other.