Is God Evil?: Something to Think About (Part 1) 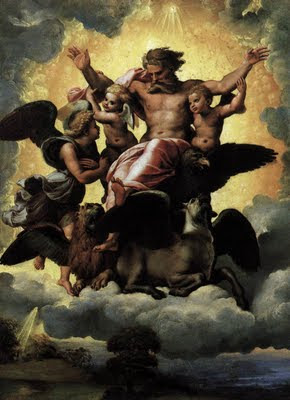 Disclaimer: If you believe in God, and don't want to be intellectually challenged, then do not read this essay. However, that said, if you are serious about your faith, then this is a subject which you may find thought provoking. If not, you can leave it. However, due to the overflow of negative comments about my title by enraged Christians who have NOT read the content of the article, I must put up this warning. Also, as a secular historian, I think I am well within my right to offer evidence which suggest, contrary to the popular lexicon which attributes all things good with God, that there is a vast history which shows there is also a lot of bad attributed to God. This cannot simply go overlooked by someone who is concerned with getting to the bottom of things and discovering the real truth.


Would a moral God command his pious adherents to do something which is clearly wrong? If so, he cannot possibly  be a moral god. If not, then this quote of the Abrahamic God must have been written by fallible hands, thus by the bad human touch, falsifying any (if not all) of God's claims in the Bible. Either way, this is a dilemma for Christian believers.

25“Therefore I also gave them up to statutes that were not good, and judgments by which they could not live; 26and I pronounced them unclean because of their ritual gifts, in that they caused all their firstborn to pass through the fire, that I might make them desolate and that they might know that I am the LORD.”’(Ezekiel 20:25-26)

Professor Edward Curley tackles the issue of an immoral God inspiring to do good even as the Bible seriously misrepresents God's moral character to bring about a moral in the story in this video here after the jump. At the end of a rather disruptive and less than cordial Q & A session, Professor Curley makes a great final statement, when he observes:

So the dilemma is this: 1) Either the Bible is the perfect inspired word of God and he commands immoral acts, and this reflects his true nature, or 2) The Bible is imperfect, and it wrongly reflects God's moral character, but by this admission, the Bible may be entirely fallacious, and for the believer the attempted reconciliation needed to harmonize both arguments gets taken to reductio ad absurdum.

So for those who can read, and have read their Bible closely, there are only two possible conclusions a rational person of faith can infer.  Either that 1) That God is Evil, or 2) The Bible is completely FALSE.

These logical conclusions do not aid the Christian theist in the slightest. Neither is this the only scriptural evidence which implicates God as a malevolent being and the Bible as being entirely bogus, but it suffices for this example.

There is, however, a third option which only a third party observer (that is to say only a nonbeliever) can infer, and that is both options are true, that is to say, God is Evil and the Bible is completely FALSE, ergo God does not exist.


Disclaimer 2:  Some have said that my opinion that God is evil is an attack on people's beliefs. I do not see the relevance or connection. For me to make the controversial statement that God is evil is sort of like me stating that the moon is made out of rock. We have evidence for the moon being made out of rock, we have been there, NASA astronauts have walked upon her surface, we have collected samples, we have actual moon rocks and there is an abundance of evidence to show that the moon is not, nor has ever been, made out of cheese. The same can be said for my position on God's character, we have real world suffering, evil seems to exist, and if you open the Bible and actually read its pages you will find that God is the attributed as the cause to numerous evils. The bad aspects may altogether be ignored by believers who don't rely on the Bible for their concept of God, that is to say that their definition of a "good" or "moral" God might not derive from the Bible. Rather, they may rely on tradition and culture to inform their position on God's character, or perhaps they may even formulate their own version of God themselves.

But then this begs the question, what right do they have calling themselves "Christian" and how could they find offense in my comments to begin with since I am merely offering an explication of one strand of Biblical exegesis? The excessive use of logic is not meant to be offensive, it is simply meant to be challenging and thought provoking. Why would I even bother, as my wife has so often asked me before? A few reasons, 1) this consideration supports the atheist position, and 2) is something Christians need to explain adequately if they wish to be taken seriously, and 3) by thinking critically about these issues my hope is that we can learn more about them, perhaps learn something from them, so that we might also learn to tolerate other people's ideas even if we may disagree. To simply state I'm being impertinent or disrespectful is to not understand the weight of the argument. 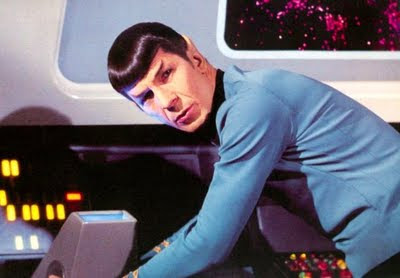 My Christian friend who goes by the Blog handle of Feeno, asked me to do my best Spock impersonation:

"T Vick, Could you please, in your best Spock impersonation give me his answer to the question of "is there a God?"  Live long and prosper, feeno"

"Captain, many primitive civilizations of your early Earth's history believed in some form of divine all powerful being, but I must say, there is no convincing evidence to endorse such a hypothesis. The idea of God is unsubstantiated. And so, to claim something exists without the proper evidence would be... (*raises eyebrow...) illogical." 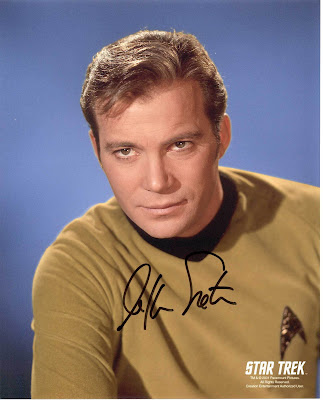 By the way, Captain James T. Kirk was a true skeptic and an atheist also. Have a good weekend everyone. 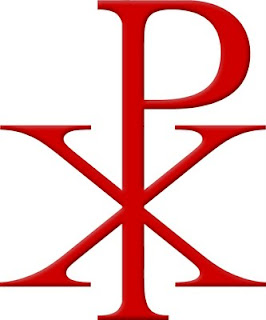 †This time of year many Christians seem to get on edge whenever the term Xmas gets tossed around. Many believers feel that the simplified form Xmas takes the Christ out of Christmas. However, this is not entirely accurate, since the X in Xmas isn't actually an abbreviation as commonly thought. Low and behold, the X is actually the Greek version of Christ's name!†


The well known Christian image of the Labarum (also known as Chi-Rho, or else the large X [Chi] with a P [Rho] running through it), was first coined by the Christianized Roman Emperor Constantine I (274-337), and is taken from the Greek word for Christ or Χριστος.

The labarum, an amalgamation of the two Greek letters rendered as ☧, is a symbol often used to represent Christ in Catholic, Protestant, and Orthodox Christian Churches.
However, the iconographic abbreviation of Xp or sometimes Xt is considered redundant since the X alone can be the linguistic equivalent of Christ.

Also, the common abbreviation for the word "cross" is a simple X. Thus the Kings Cross is often shortened to Kings X. This reinforces the assumption that Christ (who died on the cross) gets transformed into the common spelling of Xmas.

For those that still feel that Xmas is too much of an archaic usage for the anointed one's name, just remember that even the full word Christmas is a compound construction in and of itself.


Wikipedia has this to say on the etymology of Christmas:

The word Christmas originated as a compound meaning "Christ's Mass". It is derived from the Middle English Christemasse and Old English Cristes mæsse, a phrase first recorded in 1038.[4] "Cristes" is from Greek Christos and "mæsse" is from Latin missa. In Greek, the letter Χ (chi), is the first letter of Christ, and it, or the similar Roman letter X, has been used as an abbreviation for Christ since the mid-16th century.[8] Hence, Xmas is often used as an abbreviation for Christmas.


Now you know the rest of the story. Xmas is just as Christian as the alternate spelling Christmas.


Whichever one you decide to use is a matter of preference and not a so called attack on the Christian tradition celebrating Christmas (on December 25th). Although Christmas is celebrated on December 25th, thid date has less to do with Christianity than it does Mithraism. The Thinking Atheist reminds us:

December 25th was a date selected by the church, because no actual birth date for Jesus could be determined. It is the time of the Winter Solstice, and December 25th is also the traditional birthday of the Persian sun god, Mithra, whose birth legend includes shepherds, Magi, gifts, miracles, disciples and a virgin birth.


Clearly Xmas is not a "Christmas spirit" conspiracy to diminish the essence of Christ or otherwise ruin the holiday season. The simple fact of the matter is: Xmas is the literal equivalent of Christmas! It's simply a different spelling. Lots of words have alternative spellings. Sceptic and Skeptic, for example.

So if you run into someone who believes that shouting out a "Merry Xmas" somehow offends their Christmas sensibilities, please take the time to educate them, perchance they can stop whining about irrelevant concerns and let everyone else get back to enjoying their precious holiday time in peace.


†This moment of enlightenment has been brought to you from your friendly secular Atheist.†

Atheism Isn't a Religion--So Get Over It!

Atheism, according to the psychologist Dr. Darrel W. Ray, and author of The God Virus, is simply a life without imaginary friends. It's not a belief system, and it's not a religion, it's simply a cogent position predicated on the positive side effects of cognitive understanding, critical thinking, and intellectual honesty.

Posted by Tristan Vick at 8:39 AM No comments: 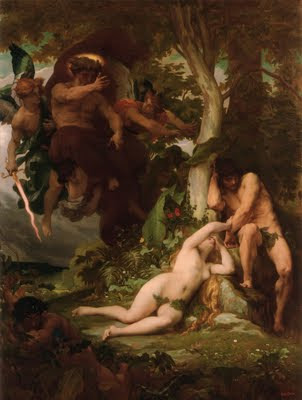