Showing posts from January, 2013
Show all

Not Giving a Fig! 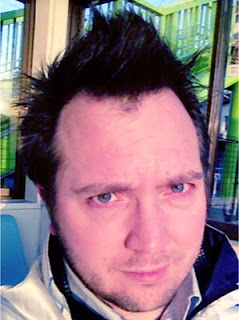 Me not giving a fig. This year I stopped blogging about religion almost entirely. Well, for the most part anyway. I just ceased having any interest in it.  The debates are worn out. The theistic arguments still lack any convincing or falsifiable evidence. The history is too well known to be ignorant of, especially with the existence of things like books and the Internet. Besides, all the debates sans Hitchens just aren't as fun to watch anymore.  Religion is pretty much done for, if you ask me. Atheism is on the rise, and although there is a political area of interest here, beyond fighting the privileged religious classes so that others might be allowed the same privileges, it's just a stupid battle against self-entitled idiots as far as I'm concerned. Oops, there I go being negative again. Enough of that. Now I try to blog more about my perspective as a Freethinking, Atheist, Humanist, Critical Thinker, and Skeptic. I'm not good at any of these things, apart
Post a Comment
Read more

How Do Atheists Cope with Grief? Part 2: Dealing with Depression

January 19, 2013
Bruce Gerencser asked a rather interesting question over on his blog The Way Forward. "For those of you who are secularists (atheists, agnostics, humanists, non-religious) , how do you handle tragedy and grief? What have you found to be helpful? Not helpful?" Part 2: Dealing with Depression I have a lot of experience with depression. More than I'd like. And it's not because I suffer from depression. I am lucky enough to have escaped the 'depression gene', if there is such a thing. My mother, on the other hand, was not so lucky. I grew up in a broken family. My parents divorced when I was five. My mom entered a deep depression which she wouldn't fully recover from.  She's stable now, but highly medicated, and although her meds work to stop her depression they also make her emotionally unresponsive, slower to think, and she always seems to be in a confused state.  I don't know if that's a fair trade off or not, but I'm glad she's
Post a Comment
Read more

The Art of How to Pick a Fight: And Win! 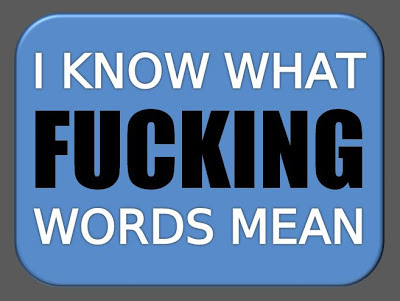 The Art of How to Pick a Fight: And Win! I often will post my blog articles on Reddit to increase my blog stats. Hehehehe. I'm sort of a blog whore. I like big numbers, for no reason. But also I like to argue with the idiots. Like that one time I posted an anti-gun rant on the gun page. Classic me! Granted, I only pick fights with the ones who directly insult me. I won't pick fights with those who disagree. Those who simply disagree are within their right to do so. These people want a conversation, so I let them talk. On the other hand, if some wise guy or smart-ass tries to start something, by calling me names and belittling me for no other reason than they disagree, and can't seem to do so cordially because they are vile soulless individuals without a conscience, which surprisingly far too many are (at least online), then I like to think of the MEANEST possible thing to say to them and then say it. Oh, I'm such a hoot! lol lol LOL It may not be moral, o
Post a Comment
Read more 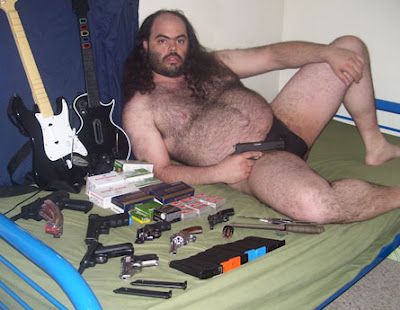 'Merica! Sometimes you make me so proud I could just cry. A Reflection on the Gun Problem (Because it's not a rant except that it kinda is)   WARNING: This Article is LONG. Like Moby Dick long. However long a Moby's Dick may be. Badda-bing! Consider yourself warned. "Why would anyone in their right mind want to own a gun?" A question I got asked by one of my elementary school teachers the other day. She's Japanese. [I live and work in Japan, but I am a tax paying citizen of the United States, and so I care about such things related to America, because I care about America.] "They want a gun for self defense," I responded. "Why would they need a gun to protect themselves?" "Because other people have guns."   "That's why we don't have guns in Japan," she said. I actually had to laugh to myself, because she's exactly right. The only reason anyone would need a gun is if another person had a
Post a Comment
Read more

How Do Atheists Cope with Grief? Part 1: On Death

January 16, 2013
Bruce Gerencser asked a rather interesting question over on his blog The Way Forward. "For those of you who are secularists (atheists, agnostics, humanists, non-religious) , how do you handle tragedy and grief? What have you found to be helpful? Not helpful?" Part 1: On Death Since my own atheism, I have only had one relative die. My wife's grandfather.  The difference this time around was that I was able to watch the funeral and customs (he was Shinto) as an anthropologist and a sociologist. It was educational for me. My daughter, who just turned three, wanted to know where her great Granpa went. We took her to the casket and showed her the dead body. She became obsessed with seeing it. She wanted to see his body again and a again. So we got back in line 6 more times. "Where did he go?" she asked me. This implied that, even at three years old, she recognize that the "soul" or the mind was gone. "No," I said.  She the
Post a Comment
Read more

Biblical Studies, Confirmation Bias, and the Quest for the Historical Jesus 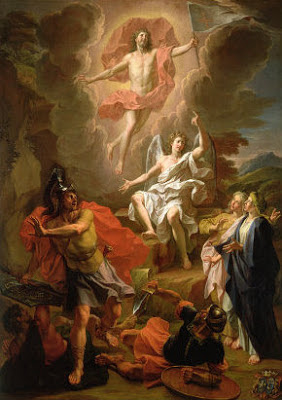 A confirmation bias is when you agree with something because it appears to support your already preconceived conclusions (conclusions you made before testing the claim and thereby verifying the conclusion). One of the best examples of confirmation bias comes in the form of religiously reinforced beliefs. The believer will often times selectively choose to use the information they have collected in a way which only confirms their beliefs. You might have heard anecdotal stories about a sick patient thanking God, rather than their doctor, for their expedient recovery. They are ignoring all the medical science, medicine, technology, and hard work of dedicated and well trained professionals simply to thank God for their miraculous healing. This is a form of confirmation bias. They are selectively choosing what comports to their beliefs, and that which doesn't is deemed unimportant, which is why so many devoutly religious forget to properly thank their doctors. Another type of con
Post a Comment
Read more

New Years Resolution and Why I Hate Slut Shaming 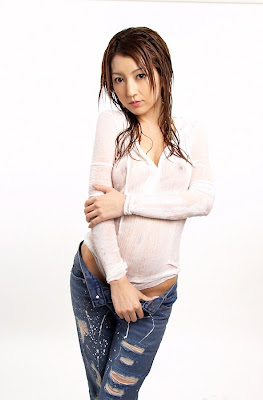 This is a woman I respect and admire greatly. She's my friend. And yes, she just happens to be an ex-porn star. But that's not all she is. She's much, much more. She's a real human being with real feelings, dreams and aspirations, and she's true to herself. So you will respect that fact, and you will respect her, or I will shut you down. My New Year's resolution is simply to become a bigger smart-ass. I know what you're all thinking. Why on earth would he choose that as his resolution? Those who know me know that I am extremely nice. However, my online persona makes me out to be more "argumentative" and "challenging" than I actually am in real life. Why? Probably because I try to argue for clear reasoning, better knowledge, as well as better critical thinking skills. I view stupidity as an injustice. As you can imagine the Interwebs are filled with hordes of unthinking mindless, zombie-like, people who simply refuse to turn on their t
1 comment
Read more
More posts