Showing posts from November, 2016
Show all

My Final Thoughts on the Trump Election 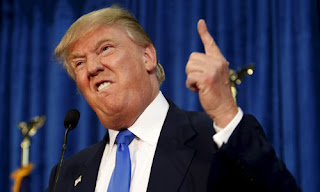 This is my president? Try not to laugh. Impossible. After the election I took a hiatus from social media and the Internet. I was too disturbed, disgusted, and disappointed to even gather a coherent thought let alone talk meaningfully about it. Now I feel I have regained some semblance of sanity and will share with you my final thoughts and opinions on the whole Trump election. I wonder if  anyone else has noticed Trump's plans always involve doing the opposite of what is reasonable,  prudent, or right. According to Trump himself, he's going to quit social healthcare, regardless of who it affects. Very unwise. He's going to quit the Asian Pacific Trade deal, never mind that it took decades to work out and it will benefit everyone involved. Very ill-advised. He's going to get rid of Muslims and illegal aliens. Never mind that's racial profiling (evil) and doesn't make logistic sense on any rational scale. Very-xenophobic and racist. He&#
Post a Comment
Read more

The Worst Part of Censorship is... 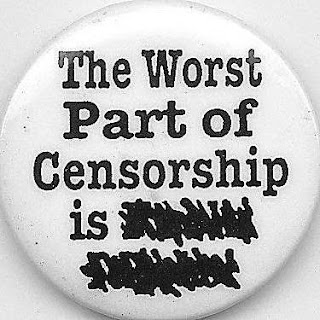 I write books for a living. Both fiction and nonfiction. And one thing that stick's in my craw is censorship. Whether it is censorship of an author or artist's artistic vision, I cannot tolerate censorial attitudes. Whether it is censorship of a live video of an author talking on YouTube about their craft, I think the urge to censor reveals a lot about the people wanting to censor others. ​Censorship is just something I cannot abide. And it's worth saying a few words on. Censorship of ideas is a form of thought police. It limits free expression of ideas. It kills discourse dead. It interrupts the dialectic with the white noise of whiners and complainers who'd rather hear the sound of their own caterwauling than try to have a civil discussion. ​Like the image above, it leaves blanks spaces in our discourse. As the button says, the worst part of censorship is.... *message redacted.* ​It leaves you paranoid and wondering about what the information was. Was it import
Post a Comment
Read more
More posts