Showing posts from October, 2011
Show all

Ethnohaulism and on Confusing Religion, Culture, and Race 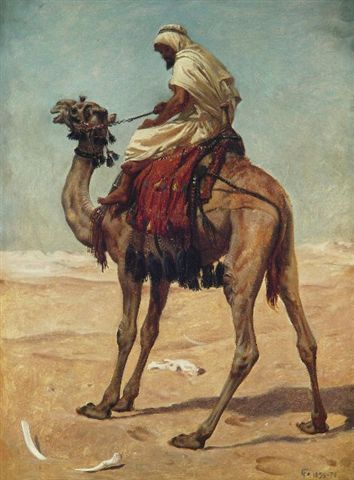 An ethnic slur, or ethnohaulism as it's technically called, is when a term or combination of terms are used as insinuations or allegations about members of a given ethnicity or to refer to them in a derogatory (critical or disrespectful), pejorative (disapproving or contemptuous), or insulting fashion. More simply put, an ethnic slur is a term or word(s) used to insult someone on the basis of race, ethnicity, or nationality. Recently I was watching a debate about the pejorative term "towel-head" and whether or not the term is racist. Personally, I do not know the history of the usage of this term, but according to The Oxford Dictionary of English , the term is classified as informal/offensive. Not informal/racist. The term, however, is commonly used as a term of abuse for a Muslim or Arab who wears the style of headdress, either a turban or keffiyeh , which looks like a wrapped up towel atop of a person's head. I personally would never use the term "towe
Post a Comment
Read more 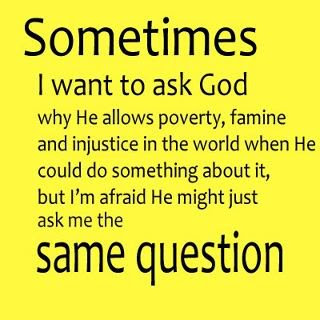 God is love . (John 4:16) Quite often these days I see religious folk posting quaint little blurbs like the above on the Internet.  It makes me really question whether they have thought through their beliefs--because if they post the above sound bite because they actually "believe" it--then all they have done is show how fallacious their beliefs really are.  The above quote is not only a contradiction in terms--but it is also blatantly false. Only a person who has NOT taken the time to think about what the words are saying would be under the impression that the above sentiment is somehow agreeable. It's not, for reasons we shall soon discuss. So from now on I have decided to rebut stupid theology anytime I see it--in a series fittingly called Stupid Theology --just to show why its not only categorically wrong to hold such beliefs--but ultimately such types of belief(s) prove false. I suppose you could believe it if you so wished--but to me this would only amount to
Post a Comment
Read more

What seems like every few weeks I will recieve a random email from a theist reminding me that I am going to Hell. They often follow up by saying, "It's nothing personal, it's just what I believe." The caveat, however, is that if you don't share their belief and believe exactly as they do, then the threat against your life-- in the after life --is that you will be forever punished, tortured, and as the Christ, meek and mild, reminded us (no less than seven times) there will be a "wailing and gnashing of teeth." So dreadful is this message of the punitive punishment we nonbelievers will receive in the fiery furnace ( after death ) that, for some reason, believers feel they are doing us a service in reminding us of it. This is the sort of mail I tend to get: "You are going to burn in hell. I hope you realize that." Others state things like: "If you accept Jesus into your heart, then you won't have to fear the punitive punishm
Post a Comment
Read more 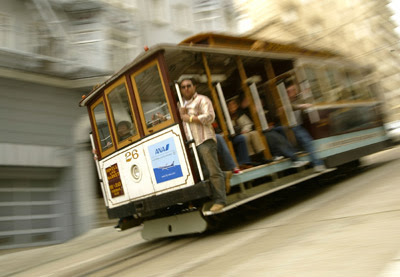 Watching the train pass below me as I crossed the bridge over the tracks today got me to thinking about the trolley problem. Basically, the trolley problem is a moral quandary in which the brain has a difficult time determining whether is it permissible to kill one person to save five, or let one live while knowingly allowing five deaths that could have been prevented. Scenario A, the first part of the problem, the trolley is barreling down the tacks toward five people who are unaware that they will soon be little more than smudges. Luckily, there is a fork in the tracks, and by simply pulling a lever, the trolley will divert onto a second set of tracks as it moves away from the five innocent bystanders. Low and behold, however, before you pull the lever you notice a single moron picking up pennies off the rails (he also happens to be deaf). Unaware that the train is coming his life would be terminated if you pull the lever. The choice is, do you pull the lever and save five pe
Post a Comment
Read more 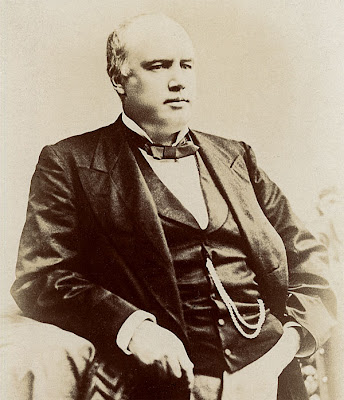 Colonel Robert G. Ingersoll is fast becoming one of my personal heroes with regard to style and whit. I now must classify him in the same league of extraordinary gentlemen as Mark Twain, Bertrand Russell, and Kurt Vonnegut when it comes to witty rebuttals and savvy critical commentary of religion. In 1878, the revivalist, old Mrs. Van Cott accused Colonel Ingersol of being "a poor barking dog." When asked if he knew her personally, Colonel Ingersol replied, "I have never met or seen her." The Colonel's interviewer asked him, "Do you know the reason she applied the epithet?" Ingersoll's reply was thus: "I suppose it to be the natural result of what is called vital piety; that is to say, universal love breeds individual hatred." The Express , a New York newspaper published out of Buffalo, asked Ingersoll whether he wished to respond to old Mrs. Van Cott's crude accusations. Of course, he had already taken the liberty of doi
Post a Comment
Read more

John W. Loftus, the atheist blogger of the popular anti-theist blog Debunking Christianity , offers an apology to those atheists he had banned from his site and he has now allowed us access to comment again. As such, I took down my criticisms of John, because they hinged on the argument that he owed us an apology for censoring and seeking to disenfranchise us, and well, he did the reasonable thing and apologized. So my criticisms became invalid. Instead of leaving the criticisms up for others to use as fodder to defame a fellow atheist of mine, I decided to be gracious, or at least as reasonable as John has been, and took them down. Bygones. [If you enjoy this blog, please be sure to subscribe either by clicking the "follow" tab next to the "Blogger" icon at the top of the page, or become a member and join this sight with Google friend Connect by clicking on the side bar under the authors picture where it says "join this site." Thanks!]
Post a Comment
Read more

The Many Faces of Atheism 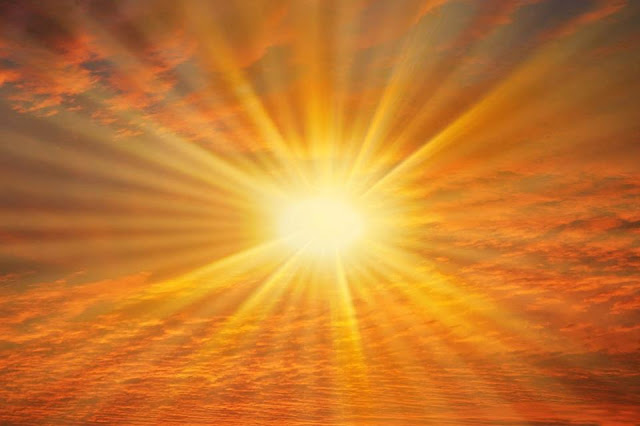 As I have gone from theist to atheist the one thing that keeps coming up in discussions about what atheism is and how to better define it is whether or not there is such a thing as a strong or weak atheist, or a militant atheist, a naturalistic atheist, a Christian atheist, and so on and so forth. Some people add descriptors to their atheism, to help define what they believe, or which worldview they lean toward. While others claim the description of atheism depends on which form of theism your are responding to. Both camps may turn out to be right. On its surface, atheism is like a chameleon, it adapts to its surroundings, the situation, indeed, to the god it states it is rejecting or the theistic claim it is denying. But as many atheists have observed, at its most basic, atheism is just theism without. Interestingly enough, however, I find that this revelation makes atheism all the more appealing to me--because it means we have here a highly adaptive belief (yes, believe it or
Post a Comment
Read more

Why Plantinga's EAAN Argument is a Non-Sequitur (Update) 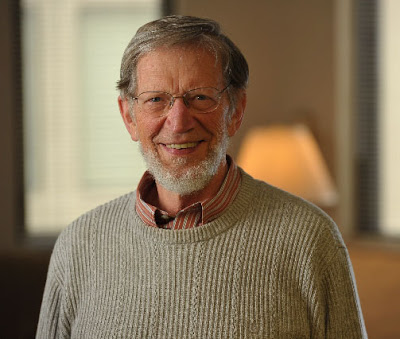 In Christian theologian Alvin Plantinga's book Warrant and Proper Function , Plantinga argues that, if both: (N) naturalism – the view that there are no supernatural beings (E) evolution - current evolutionary doctrine are true, then the probability that: (R) our cognitive faculties are reliable and produce mostly true beliefs must be either low or inscrutable. Plantinga claims that this argument gives anyone who accepts N&E with a undefeatable defeater for any belief produced by those faculties, including N&E itself. Hence, N&E has been shown to be self-defeating (this is his Evolutionary argument against naturalism ). Basically, he is saying that "the combination of evolutionary theory and naturalism is self-defeating on the basis of the claim that if both evolution and naturalism are true, then the probability of having reliable cognitive facilities is low." Now I am not going to criticize Plantinga's skills of philosophy, but it seems
Post a Comment
Read more

Due Criticism: Appeal to Authority 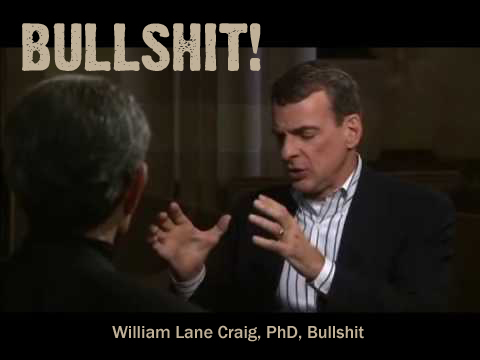 Introduction The appeal to authority may be the most widely relied upon informal fallacy there is. Of course the reason for this is most likely biological and psychological. From infancy we have no choice but to rely on the protection and safety of higher powers. These powers are usually represented by our parents and guardians, elders, leaders, and governments. It is also why many people, once fully actualized adults, still seek authority figures in their lives. Without a King, or President, or a functioning government--most people wouldn't have the structure they need in their lives--a structure which reflects their entire upbringing since the day they were born. Indeed, society as a whole is largely structured with authority in mind. It is why armies need dictators, militaries rely on governments, the pious rely on the priests, and so on and so forth. It is no wonder then that we innately appeal to authority when we are trying to justify our desires, needs, as well as acti
Post a Comment
Read more

Robert G. Ingersoll was eloquent like you wouldn't believe... the man truly had a way with words. I am currently reading the entire works of Ingersoll, which is why I have been sharing so many of his quotes recently. Today I am going to share a few more which I found really insightful, and as always, perfectly stated. "A few have said, "Think!" The many have said, "Believe!" "The intellectual advancement of man depends upon how often he can exchange an old superstition for a new truth." "No one infers a god from the simple, from the known, from what is understood, but from the complex, from the unknown and incomprehensible. Our ignorance is God; what we know is science." "If abuses are destroyed, man must destroy them. If slaves are freed, man must free them. If new truths are discovered, man must discover them. If the naked are clothed; if the hungry are fed; if justice is done; if labor is rewarded; if supersti
Post a Comment
Read more

Understanding Science Better: What is Science? 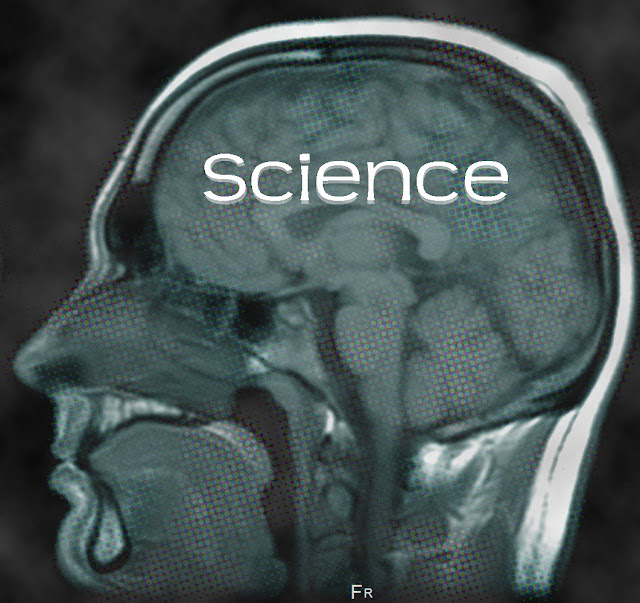 Understanding Science Better I for one feel it is imperative to educate people about the merits of science. But before we can do that, we have to talk about what science is, and only then can we come to a better understanding of science. Personally, I am no scientist. But I did take numerous science classes in astronomy, biology, chemistry, human physiology, and psychology at a prestigious university of science. Also, I practically devour any scientific work of popular literature I can get my hands on--especially in the areas of cosmology, evolution, and neuroscience. Occasionally, I read scientific journals and articles, just to keep with the times. So I think it's safe to assume that I have an idea of what science is. Here is what I understand science to be (but don't take my word for it--read a book--reading rainbow). Science, as we use it colloquially, commonly refers to the scientific method . As such, science is basically just a methodology for testing
Post a Comment
Read more
More posts