Showing posts from September, 2013
Show all

My Book About Ignosticism is #1 on Amazon.com! 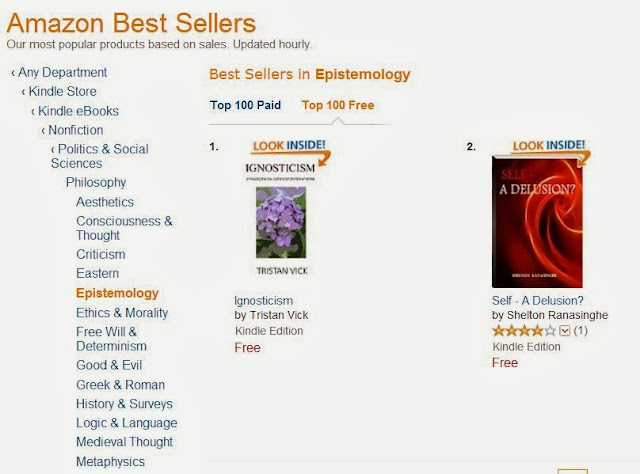 I know nobody knows what the hell epistemology even is, but hell, I'll take the #1 FREE position in epistema-whatever. Woo! LINK to my book Ignosticism: A Philosophical Justification of Atheism (Free until Friday, September 27).
Post a Comment
Read more

YAHWEH's "Divine Transgression" and the Rape of Mary 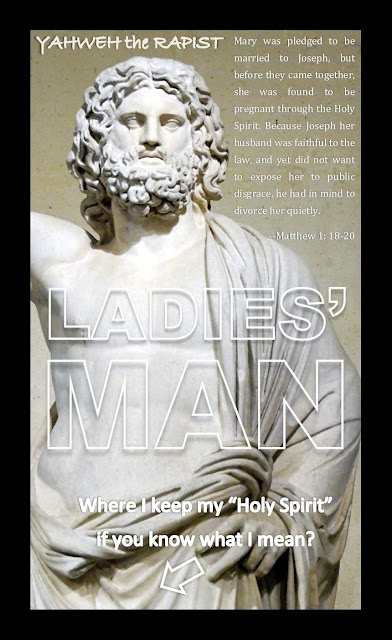 YAHWEH's "Divine Transgression" and the Rape of Mary In Greek mythology Zeus was what we nowadays would consider a womanizer and, most certainly, a serial rapist. Of his many consorts, both divine and human alike, he impregnated over sixty women with his divine seed. Many of Zeus’s consorts were consensual love affairs, while others were victims of his lustful eye and lack of restraint. When talking about sexual consent, you may choose to call it a “Divine Transgression” because, really, who’d ever refuse sexual conduct with a God? Zeus has many stories, but one of the most well-known seductions is of Leda of Sparta. Leda (Ancient Greek: Λήδα) was daughter of the Aetolian king Thestius, and wife of the king Tyndareus (Τυνδάρεως) of Sparta. As the story goes, Zeus takes the form of a swan and, in a strange act of bestiality, rapes Leda. She later gives birth to Helen of Troy—the most beautiful woman in the world. Now if you’re wondering where else we might
Post a Comment
Read more
More posts