Showing posts from June, 2013
Show all

In his recent article “Four Reasons I Think Jesus Really Existed,” the American theologian/apologist Trent Horn listed four reasons why he believes in Jesus in response to the mythicist movement which claims Jesus never existed. He also proudly made mention of the fact that these four reasons needn’t rely on the Gospel account for their defense. Well, we should hope not, since that would merely make his defense predicated on the logical fallacy of circular reasoning.  His four evidences are: 4. It is the mainstream position in academia [that there was a historical Jesus]; 3. Jesus’ existence is confirmed by extra-Biblical sources; 2. The Early Church Fathers don’t describe the mythicist heresy; 1. St. Paul knew the disciples of Jesus. I will address all four points as briefly as possible. Regarding #4. It is the mainstream position of most Biblical scholars. But since most Biblical scholars are Christian anyway, there is no big surprise here. But I
Post a Comment
Read more

June 12, 2013
Before this unexpected tragedy, I always felt that suicide was a selfish act, that it was a cowardice way out, and that it somehow denoted a weak character on the behalf of the person who killed themselves. But my father was none of these. He was no coward, his character was moral and upright, and he wasn't selfish (although he was extremely introverted). He simply lived his life without ever having the urge to ever make anything about him. He was content to stay out of other people's hair, and all he desired was that they'd do the same and respect his privacy. When I heard of my father's suicide, all the stereotypes of what suicide is and means fell to the wayside. In fact, I can't even allow myself to be angry, because there is nothing to be angry about. I only feel pity for my father's situation, I feel regret for not knowing before hand how dire things had gotten for him (as he hid it so well from everyone), and I can't help but feel in a perpe
Post a Comment
Read more

There's Never a Right Time: On My Father's Passing 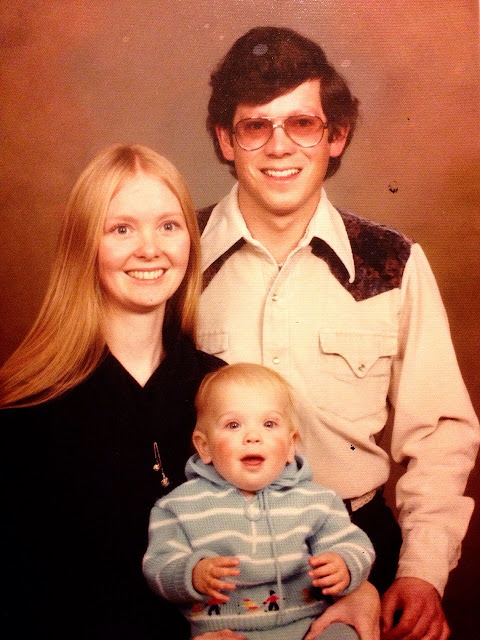 My parents and I (me at 6 months). We're all stories in the end. This one ends with a bang. A bullet. And a broken heart or two. First, I should tell you all that my father's last request was that we have no funeral of any kind. Maybe he didn't want to seem weak. Maybe he didn't find himself all that important. I am forced to agree with my dear friend Jenny Webb that the saddest thing of this whole ordeal was that my father didn't know how many people truly cared for him and how many loved him. After his passing, his home was filled with family and friends. Some of whom we hadn't seen for years. I even met his father's brother John--who I previously didn't even know existed. People flew in from out of state just to give their condolences. Now, I know this much, you don't do that unless you really cared for someone. And to think that this gathering occurred without any notice of death apart from a handful of phone calls from my you
Post a Comment
Read more
More posts