Showing posts from March, 2018
Show all

The Anti-Rationalism of Pro-Gun Activism 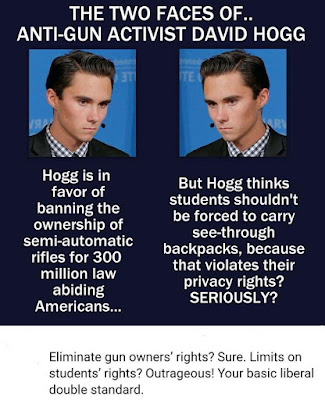 Recently, I stumbled across this inane meme (above). Not once. Not twice. But FIVE times on my various social media accounts. So, allow me to respond. *** If social media existed when the Constitution was written then right to privacy laws would likely have been included in it. But that's why we have the 9th Amendment anyway, because it clarifies there are moral laws & rights that aren't included in the Constitution as it is not an exhaustive text. That said, there's a difference between calling for a ban of a lethal weapon which was used to murder all your friends vs. calling for more rights. One is a response to a problem and the desire not to be murdered by a lethal weapon, mainly a gun. Which is a real problem in America. Although fatal school shootings aren't on the rise compared to previous years, they still register a higher fatality rate than soldiers in active service. That says all you need to know about the gun problem via statistics.
Post a Comment
Read more
More posts