Showing posts from July, 2010
Show all

Doubting the Gospel of Thomas: A Response 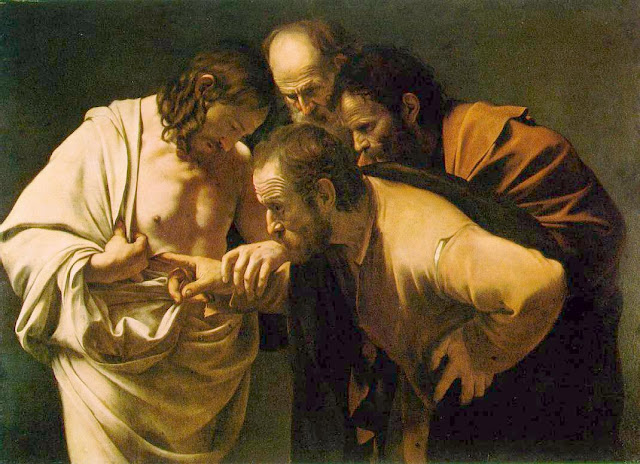 Doubting the Gospel of Thomas: A Response F ollowing a recent debate in which I defended the Q Document hypothesis (abbreviated, Q) by citing the Gnostic Gospel of Thomas (abbreviated, GTh ) [1] as possible evidence which strengthens, if not confirms, the Q hypothesis [2] I seemingly ruffled a few Evangelical Christian feathers, although I don’t see why it would. During my argumentation regarding both Q and GTh with a Christian apologist, who in orthodox fashion denies both the veracity of the Q hypothesis and the relevancy of the Gospel of Thomas, he wrote a rebuttal to the information I provided. This is my response to his article “Doubting the Gospel of Thomas.” In this article, I will be offering commentary to his comments, taking issue with the points he raises, as well as with the poorly sourced arguments he attempts. Then I will offer a proper defense for the integrity of the GTh as being on par with the Synoptic Gospel tradition as an early first century source
8 comments
Read more 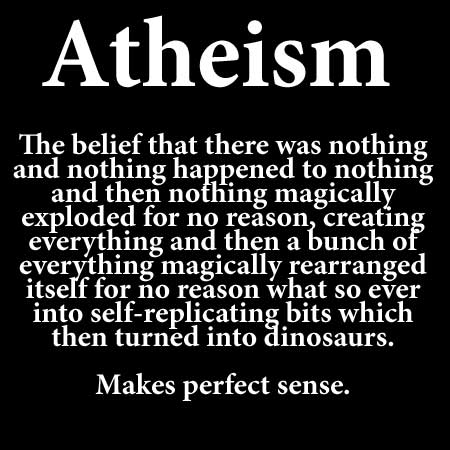 I love the above picture simply because it represent the most common misconception of atheism--namely that atheism is a philosophy in and of itself, such a misrepresentation amounts to little more than religious polemic against atheism and a thinly veiled straw-man. Which begs the question--who is more honest--atheists or believers? In a conversation over at another blog, I had mentioned that Christian apologists bend the truth in their favor every chance they get. We can guess the reason for this is because they want to validate their "truth" claim about God's existence. Although, this only amounts to theological arguments designed to 'sound' convincing because their is no readily available evidence which could easily prove, in a second, what apologists try so desperately hard to. This is why it is call "Apologestics" after all. Following my statements that apologists bend the truth, I offered that, in the religious discourse involving all forms of r
5 comments
Read more 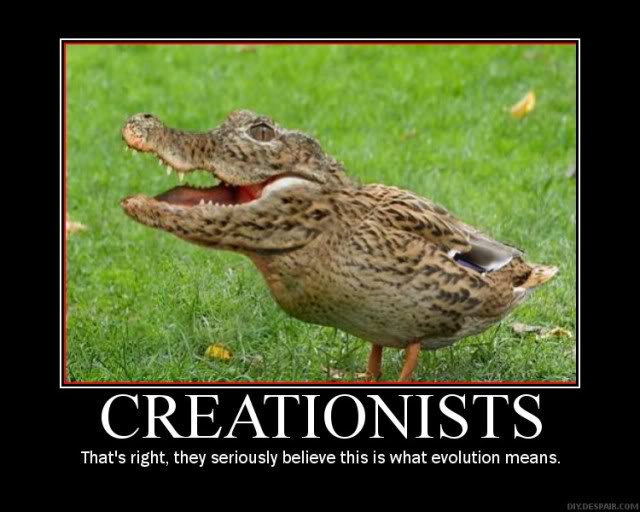 Ray Comfort’s Q uestions A theists C an’t  D efinitively   A nswer Now With Commentary! Ray "the Banana Guy" Comfort is at it again. Watch this rhetorical nonsense by his lackey Kirk "The Teleprompter" Cameron: http://www.youtube.com/watch?v=rKrTK_WUiCo And then this preview sample for the Atheist Bible including the "atheist" bits: http://g.christianbook.com/netstorage/pdf/more/405113.pdf 1. “What was in the beginning?” Atheists have a dilemma when they say that there was nothing in the beginning. This is because nothing cannot create something. If they say that there were gases (or something) in the beginning, then it’s not the “beginning,” because the gases or the “something” already existed. Who or what made them? This is why reasonable atheists admit that they just don’t know, humbling though it may be. Advocatus Atheist : Actually, it’s not just atheists who have a “dilemma” when it comes to understanding how the universe came
5 comments
Read more
More posts