Showing posts from May, 2011
Show all

The King of Bullshit: Part Deux 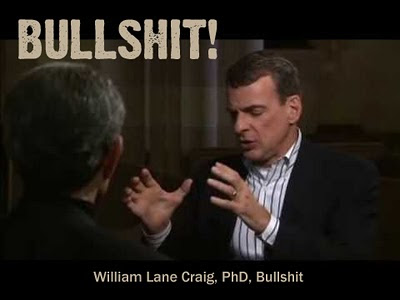 Back in October of 2010, I wrote a polemical called William Lane Craig = King of Bullshit . I still stand by that observation. Even so, it is a hotly contested observation, because there are many many Craig fans out there. Even though I am a detractor of William Lane Craig, I suppose one would have to be a type of fan before one would be willing to bother rebutting WLC in the first place. In that sense, I too am a fan, but I happen to be willing to do what most WLC fans aren’t capable of doing—being critical of WLC. Regardless of how one engages in due criticism, I was recently criticized for offering “far more delusional bullshit” than anything WLC ever said.  In a recent attack on my article, I was informed that This post is unintentionally ironic, for it contains far more delusional bullshit than anything I've ever heard Craig say. I won't go as far as claiming you're 'lying,' for as an advocate of "science, reason and intellectual integrity," I won&
Post a Comment
Read more

The Loaded Irony of Christianity 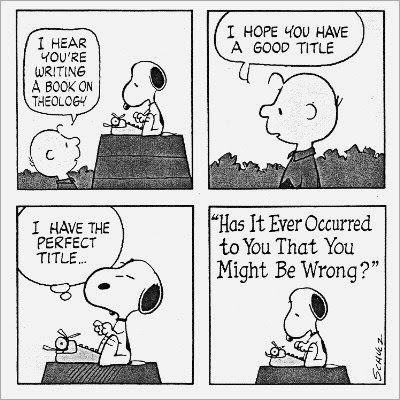 I was just thinking that it was sadly ironic that Christianity teaches abstinence but Christians have more unsafe sex than those educated in the precautionary methods of safe sex. I find it doubly ironic that Christians profess the sanctity of marriage, yet Evangelical Christians have among the highest divorce rates in the U.S. Even more ironic still is the fact that the Catholic Church is thought of as the body of Christ, an extension of his love for us, and yet, child rape runs rampant throughout an obviously corrupted institution. I find it ironic that End of the World millennialists, like the recent Family Radio nutters, would cause their families so much grief and hardship for stupid beliefs which obviously proved false--yet other Christians ignore them entirely--saying they are fringe--and that they don't represent real Christianity. What compassion! What empathy! I find it ironic that Christianity is preached as a religion of love, yet never tires of informin
Post a Comment
Read more 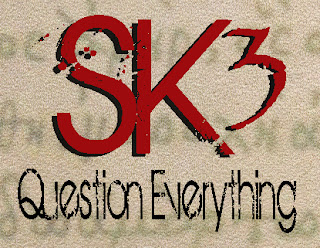 Be sure to check out the new team blog SC3PTICS ! The conversations are already catching on fire. Also, make sure you read the fine blogs of my fellow team members: Dead Logic & The A-Unicornist
Post a Comment
Read more

Quote of the Day: Sabio Lantz 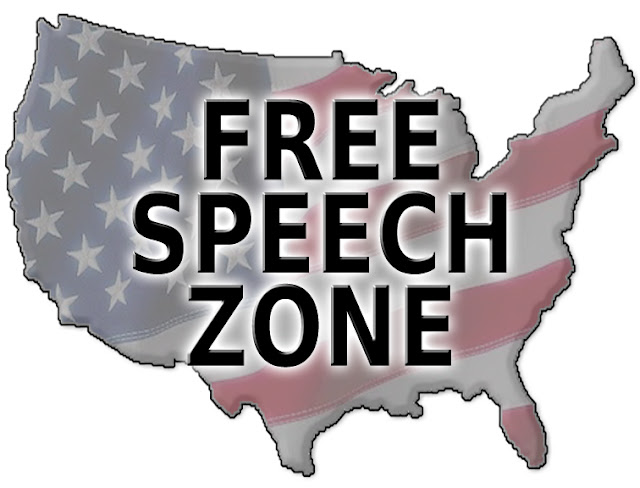 Three Skeptics, or SC3PTICS , is the team of three bloggers: Mike Doolittle of The A-Unicornist , Bud Uzoras of Dead-Logic , and Tristan Vick of Advocatus Atheist . What makes SC3PTICS different? Many freethinking-themed blogs are only sparsely populated by substantive posting – instead being filled with news, reposted videos and personal anecdotes. We want to create a steady stream of thought-provoking content – not just ramblings and opinions, but well-reasoned, educated opinions argued in well-researched articles spanning a diverse array of topics related to skeptical inquiry, science, philosophy, history and belief. If you read this blog, please, by all means subscribe to SC3PTICS today! You won't regret it!
Post a Comment
Read more

Quote of the Day: Lady Atheist

May 01, 2011
If Christianity were to start as a cult today, it would be so thoroughly laughed at and discredited it wouldn't stand a chance.  It only survives today because of childhood indoctrination and a long tradition of rationalization (oops that's called "apologetics").  If there had never been any religion before today and you suddenly had to pick from among the ten or so biggest religions, choosing Christianity would be selfish and amoral.  There's nothing noble in being a Christian.  --Lady Atheist Interesting, because I have never thought about it this way. I mean, if Christianity started as a cult, not 2,000 some odd years ago, but in this decade, would anybody even convert? Probably not very many. At least, I am assuming, there would probably be no more believers in the risen Christ than there are believers in the risen "King"--and by King I mean Elvis.
Post a Comment
Read more
More posts