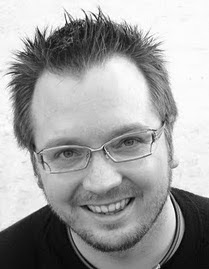 Tristan D. Vick has degrees in English Literature with a focus on Literary Criticism and Advanced Theory and Japanese History from Montana State University. He is a published author and lives in Japan with his wife and daughter.

Education: Two degrees from MSU and a certificate of completion from Kumamoto Gakuen Daiagaku in Japan.

Do I make money off this site?


I use AdSense and am an Amazon.com associate, however, I do not generate enough blog traffic to make any money, so the answer is: no.

My name is Tristan D. Vick. Just another guy with a blog. In the fashion of polite etiquette, however, I feel I should give a less terse introduction and explain a little about myself.

During my youth I was a raging Evangelical Christian and a Christian apologist. Gradually, over the course of my three decade long bout of religiosity, I became disillusioned with the claims of Christianity, and religion in general, and began my journey toward atheism. On my 31st birthday I fully embrace the fact that I had relinquished my prior faith and become atheist. My new found atheism was not a traumatic or scary experience, since my conversational happened while I was abroad, in Japan, a mainly secular minded society.

Luckily, this allowed for an easy transition from belief to nonbelief (although my family--back home--all Evangelicals --didn't understand the unexpected change and became greatly distraught by my dismissal of Christianity. So, in fairness, I thought I would begin to blog about my atheism to help better explain my thoughts and feelings in order to help others cope with the existence of atheists and nonbelievers such as myself. So I killed off my old Apologetics blog, the defunct Chronicles of a Sympathetic Christian, and began this new blog detailing and mapping out my new worldview.


Can you tell us more about your deconversion process?
My deconversion was not based on any emotional challenges in my life, rather, it was purely an intellectual endeavor. While I was still a Christian, as I matured in my faith I decided to stop 'emulating' other Christians like myself and decided to read the Bible completely cover to cover, that was the first blow to my faith. The Bible is simply not a rational, let alone well written book. It's not a book that a God would have written, as I was wrongly led to believe.

On top of the many the discrepancies I found within the Bible, I discovered historical and philosophical inaccuracies and controversies as well. I had recently begun researching the historical Jesus, since, at the time, I genuinely believed that I was in love with Jesus and truly wanted to get to know the persona behind my great heart felt affection. That was the second blow to my faith.

Eventually, and approximately 150 religious history/philosophy books later, it dawned on me that everything which comprised my faith was, more or less, wrong--or at least, not entirely true. Everything I had based my beliefs on up to that point were predicated on incorrect or misleading information. My faith began to dwindle away to near nothing. I saw my Christianity fading away before me, like the illusion of a mirage fading away as sober thought takes purchase, and I knew that I faced a crisis.

At about this time the New Atheist movement flared up like a wild-fire, and I got caught up in the intellectual challenges of the debate raging between theism and the new atheists. Upon reading Richard Dawkins, Sam Harris, Dan Dennett, Christopher Hitchens, Victor Stenger, Dan Barker, John W. Loftus, and many others, I came to realize that their arguments were much more scholarly, well researched, and contained a crystal clarity of reasoning which most of the Christian apologetics--which I had regarded as the best defense against my faith--lacked. Much of what they said about religion rang true to my ears, and as was largley unfamiliar with the secular arguments against my faith, having been so sheltered from them, I decided to investigate. I read Spinoza, Kant, Hume, William James, J.L. Mackie, Bertrand Russell, G.W. Foote, Robert G. Ingersoll, Thomas Jefferson, and Thomas Paine, just to name a few. This was the third major blow to my faith.

Each of the major pillars of my faith were knocked down by superior arguments by superior thinkers than I. In retrospect, the only pillar left remaining was the emotional one, but as I had grown detached my Christian life, without the suffocating, smothering, protection of the Church and the daily conditioning of like-minded worshipers, I had to start relying on myself to formulate my own thoughts. Instead of going along with everyone else--I was forced to make my own choices and decisions based on what information I had available.


Once I started to think for myself, I felt totally liberated--as if I had matured into a self-actualized adult. No longer were my beliefs dictated to me by my parents and authority figures. Now I was my own person--my own authority--and that came with a whole new responsibility. When I was still a believing Christian, I simply took this responsibility for granted. After all, it was all in God's hands, I referred all my troubles and worries to him--put faith in him--that he'd watch out for me. Once I was an atheist, I realized, to my great dismay, that I no longer had that luxury. If I wronged someone, I couldn't simply ask God to forgive me, rather, I'd have to ask the person I wronger for their forgiveness. Imagine that? This new responsibility forced me to grow up--and mature, both mentally and emotionally, in a way that religion would not allow.


Why did you become an atheist?
Once it dawned on me that my faith had utterly crumbled under exacting scrutiny, and with no evidence to speak of, I turned toward philosophy and science to start searching for answers--and to my happy surprise both areas of study greatly reinforced my atheism. Meanwhile, the cognitive dissonance which continually haunted my days as a pious Christian evaporated in the face of more logical and scientific rationale.
Aside from the intellectual reasons already given, I met my wife who, in her compassion and open mindedness toward other cultures and peoples, along with her brilliant mind and capacity to absorb other languages (she's a polyglot), helped me to begin to question my evangelical upbringing which warned against worldliness and taught that physical love was merely a materialistic distraction.

Perhaps, my involvement with her was the catalyst which started me on my quest of questioning my faith. Why, I wondered, would God not want me to be happy? If God loved me, then why was everything I told about God contrary to my understanding of love? There was something very wrong, and very illogical, in the Christian beliefs I was raised with. According to these beliefs, my relationship with an imaginary dead person--who died over 2,000 years ago--was, supposedly, more important than the real people in my life. Why should this be? In retrospect, it just didn't make very much sense.

As such, I began to look outside of the Bible to try and find answers which would explain for the contradictions rooted deep within my religious held beliefs. While the Bible seemed overly confused, metaphorically vague, or metaphysically nebulous with regard to the questions I had, the outside information I discovered all seemed so lucid, clear, and in tune with reality.

In the end it wasn't just one thing that destroyed my faith, but my faith, like the sculptor's marble block, was chipped away from all sides, over three long decades. Instead of finding a pristine marble sculpture encased underneath all that rough exterior, however, all I founds was useless sand--and my faith quickly disappeared--like a sand castle on the beach being washed away by the sea's tide.

Armed with a broader understanding of the world, coupled with my research into the historical Jesus, and aided by a better understanding of philosophy and science, spurred on by the choice between being loved fully, and loving someone fully in return, all of this outweighed the strangely artificial psychological relationship forced on me by Christianity which stunted my humanity, my intellect, and my reasoning.


Why advocate Atheism?
After my faith crumbled away into nothing, like the soft grains of sand flowing out of a broken hourglass, I rose up, like a gladiator rising out of the dark shadows and out into the bright arena, and felt the shackles of religious oppression fall away, and I was left to carve out my own destiny.

Although I call my blog the Advocatus Atheist, the meaning is more subtle, I'd like to think. I wish to advocate the things which lead to an naturalistic, atheistic, worldview. This includes talking about skepticism, science, philosophy, critical thinking, and so on. A good understanding of these things will, in my opinion, always lead one to be more skeptical of religion. I don't hate religion, but I don't think it offers anything other than false promises and pipe-dreams. Therefore I want to advocate a more realistic mind-set, a more mature attitude, for dealing (and coping) with the real world.

This work is licensed under a Creative Commons Attribution-NonCommercial 3.0 United States License.