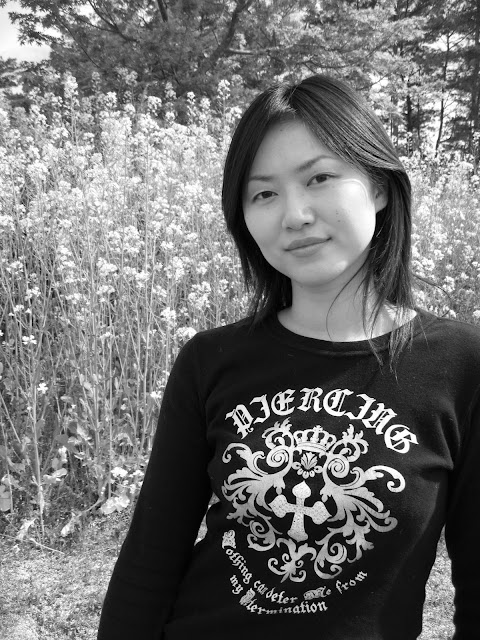 “Be ye not unequally yoked together with unbelievers: for what fellowship hath righteousness with unrighteousness? And what communion hath light with darkness? And what concord hath Christ with Belial? Or what part hath he that believeth with an infidel?”
2 Corinthians 6:14-15, King James Version


Okay, so here is the sort of Christian I was, because it was who I was, it is how I thought:


Then I met Sayaka.


My whole life I had been raised in a Church which taught that if I married a non-Christian, such as a Buddhist, I'd go to hell. And in my piety I believed it.


But then I met Sayaka, and suddenly, an eternity in hell seemed like a risk worth taking.


Like many fundamentalist Christians, I was raised on entirely conservative values, where my Pastor denounced premarital sex and called it lust and a temptation of the flesh, living together before marriage was shunned, and to even talk about one’s sexual identity was taboo. Abortion was seen as evil and homosexuality was a grotesque perversion of human morality. And I believed it all.


But then I met Sayaka, and she showed me there is more to people than unfounded stereotypes. She opened my eyes, and taught me compassion and empathy for others, no matter their race, gender, sexual orientation, or background.


And nothing my faith held seemed to make sense anymore. It was telling me I couldn't love the woman of my dreams because she was an outside force tempting me away from my faith. My form of Christianity taught that I couldn't be with her, that if I chose to love this woman... that if I chose love… God would punish me for it.


My fundamental, quite literal, convictions weren't compatible with a more multicultural and open-minded view of interracial relationships. I believed God was all loving, but only of his chosen flock. If she wasn’t a true Christian, then I’d be jeopardizing my very salvation by allowing myself to be led astray.


So I had to seriously start questioning my faith, and what it taught, because I found someone who I loved and who loved me with all her being back. And that’s not something I wanted to give up. Who would?


I didn't want to be a lonely bigot preaching about the power of God’s love but know nothing about love. Who is going to believe the message of Jesus Christ’s message of love for us all when the same people turn around to hypocritically denounce homosexual’s right to marry, tell people who they can and can’t have sex with, and attempt to restrict the rights of women to govern their own bodies? That’s not a religion of love, it’s a faith based ideology predicated on inequality and hate.


When it came to devotion to my faith, or devotion to my future wife, I chose my wife over the religious ideology. Granted, it wasn't the only thing... just the tipping point and the catalyst. It's what started to make me question everything. EVERYTHING. It gave me the ability to be skeptical and challenged me to seriously rethink things.


Indeed, I had to open my eyes and reread the Bible as a book again, not as the literal truth on everything. Sayaka was the catalyst that caused me to go back and re-evaluate things, everything from who I was as a person, to what I believed, to who I wanted to become.


So learning to love someone fully, regardless of who they were, what race, or cultural background was a challenge for me coming from my very radical, fundamentalist, Christian views. Even as I struggled with the belief that I would go to hell for loving, I kept thinking, how is this not sick and twisted? Jesus was supposed to be all loving, but when I went back to the Bible to confirm it, instead of support I found more outmoded, sexist, xenophobic teachings. And then I had to make a choice, either keep believing in it, because it's all I knew—It's what I was taught—or go back to square one and re-educate myself, become something new, and I’m not ashamed that I did, and that I did it all for a girl.


Sayaka changed my world in more ways than one. In fact,

she is my world. She is everything to me. And I'm a hopeless romantic... but better off for it, me thinks.


In the long run, I want to help others, like homosexuals, religiously oppressed women, and unsuspecting children, who feel the same anti-humanitarian fear and hate coming from religion. I want to help liberate them from the theocratic rule which has stifled their spirits and caused them to doubt themselves. I want to show them how to shed the shackles of archaic bronzed age superstitions which still actively influence us today, and move beyond such backwards ideas. So I wanted to advocate reason and equip them with the most powerful tool they’d ever need. I want to share the enlightenment I have undergone, because it was so liberating, but not only this, it also saved me and turned my life around.


Psychologist Darrel W. Ray in The God Virus has a great chapter on how religion perverts the normal psychology of sex, distorts it into something wicked, and depicts how it tries to interrupt your life and strives to retard an otherwise healthy sex life by seeking to control one's sexuality. I found that I experienced many of the same negative influences at the hands of faith and it made me utterly miserable. A good book for anyone who wants to see the psychological scary side to religious indoctrination and belief might be interested in this book.