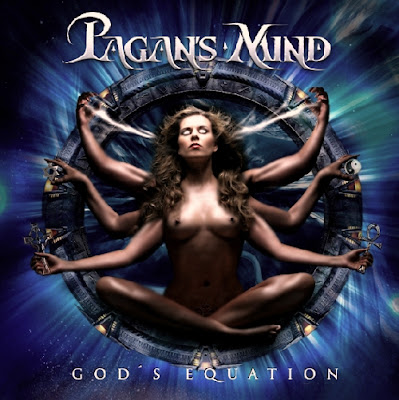 It's simple math folks. If *hell is real, then the God who created it is undeniably evil. No ifs ands or buts about it.
There are currently 6.9 billion humans living on this planet. Of this the largest religious majority consists of nearly two billion Christians (1.9 billion to be exact). Now whether or not all 1.9 billion Christians prescribe to Orthodox Christian thought and (coincidentally enough) every single one of them just happen to be genuine believers is a different matter. Most Christians will be the first to tell you other Christians are false, fake, wannabe heretics. But assuming there are actually that many genuine Christians (even as we know this is impossible based on diversity of Christian belief alone), but giving the statistic the benefit of the doubt, this means that 71% of the world's population do not believe in Christianity, Jesus, or the Christian concept of God.
According to Christian doctrine (e.g., the Bible) this means 71% of the world's population (currently) will be going straight to hell (not to forget the countless billions already presumably enjoying their unjust sentence there). That's over five BILLION people on a one way ticket straight to hell! Unbelievable doesn't even begin to describe such a preponderance of absurdity.
Now this raises an titanic ethical dilemma. How could an all "loving" God consign five billion people to hell simply for not believing in him enough? Think it through for a moment. According to Christianity those who don't believe in God will not be saved and will be sentenced to everlasting torture and punishment for the crime of ancestral sin (never mind that such a concept is irrational and incoherent to begin with).
All those innocent lives... simply forfeit. Christians like to affirm that if they knew God then they'd know the truth and so they'd believe and be saved (I should know--I used to preach it myself). Not only is this a ethnocentric point of view but it represents a myopic worldview which stresses the narrowest vision and sponsors a crude xenophobia. Never mind that Christianity has spread all over the world, they're not there because they want to embrace other cultures or understand them, they're there because they want to convert you. Why? I have it on good understanding is that because, in actuality, they are terribly afraid that they'll be alone in heaven (after they die), stuck for an eternity with--to borrow the phrasing of Richard Dawkins--a jealous, petty, unjust, unforgiving control-freak; a vindictive, bloodthirsty ethnic cleanser, a misogynistic, homophobic, racist, infanticidal, genocidal, filicidal, pestilential, megalomaniacal, sadomasochistic, capriciously malevolent bully--that is to say--the Christian God.
As for all that Jesus talk, you can keep it to yourself, Jesus doesn't do himself any favors by boldly supporting hell, even threatening those who refuse to follow him with it, so let's cut the B.S., shall we? If Jesus was truly loving he'd practice original forgiveness instead of original sin--let's not kid ourselves--the guy is as big of a prick as his father--albeit a bit of a sadist.
The bottom line is this--if there is a hell, then God is an evil bastard--period. No sane person can reason their way out of this conclusion--it's a logically sound argument--only unsympathetic, lacking in compassion and empathy, self-righteous truth deniers would even attempt to say otherwise. God is a bastard coated bastard with bastard filling... I mean the math doesn't lie. And anyone who thinks God is great, all loving, and concerned for our well being either failed math class or is delusional. Meanwhile the Pope is worried about the utilization of condoms while refusing to pursue and prosecute child rapists in his employ. Are you frackin kidding me? It seems the whole damn enterprise is fraudulent.
I think it's high time we admit the truth--hell is an imaginary place. It's as imaginary as Candy-Land or God. Take your pick.
This important message has been brought to you by your friendly neighborhood atheist.
evil God Greek Hellenism Jeus Richard Dawkins the Pope