Jesus Died for Your Sins! The Quick Response. 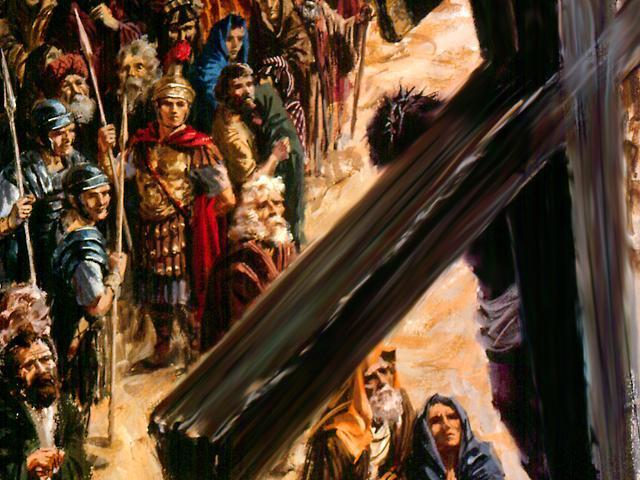 Xian: Jesus died for your sins.


Me: That's what the *story in the Gospel says. The story written by those who never met Jesus or, for that matter, knew anyone who actually knew him. A story, mind you, written by people who lived hundreds of miles away in a different country, with a totally different culture, who were NOT likely to be Jewish, and who spoke a totally different language (of an educated aristocrat no less--meanwhile Jesus was a peasant from Galilee). A story which, by the way, gets important historical details about the region and area Jesus lived wrong. A story which borrows from the OT liberally. A story which fabricates historical events which never actually happened (e.g., the erroneous consensus in Luke, incorrect account of the massacre of innocents which didn't happen, conversations which never happened--when Joseph and the angel were alone--when Mary and the angel were alone--when Jesus was alone with Satan--when Jesus was alone in the Garden of Gethsemane, along with the resurrection which early Christian tradition is split on--yes, I know you probably are just learning this for the first time, but there was a whole group of Christians who didn't believe Jesus rose up from the dead--they were called Gnostics, a historical fact written out of the NT for obvious reasons--can't be having half of the Christians saying Jesus didn't rise up--that would be so...um... un-Christian). The story of the gospel Jesus is a story which other writers also told but which, subsequently enough, disagree with each other on key events within the *exact *same story (and by exactly the same we mean totally different).

So my question to you is, how is any of this anything but a badly told story with continuity issues and incorrect details and why should it matter to me any more than any other badly told story?

Besides all this, lots of fictional characters have been known to die and come back to life. Captain Jack Sparrow did it. Harry Potter did it too. Big frickin' whoop. The only reason you choose to worship Jesus and not Harry is because you made that choice. Don't ask me to make any such choice--because I view any such proposition as totally nonsensical.

Before you attempt to answer that question, it is only fair to warn you--if you state the Bible is the final truth, or that it's all historically accurate, or that it was written by God (or inspired via the Holy Spirit--a non-existent entity), you will have proved yourself ignorant (ignorant as to the historical details as well as ignorant about the textual criticism you are unaware of by the very reason that you seem to permit yourself an indefensible platitude just because you haven't... and this is the obvious part... considered any of the objections) and, I'm sorry to say, the conversation is over. It's taxing wasting my time trying to educate people who should have at least Googled before they spoke, but that's not the crux of the matter. The real kicker is, I have already heard your version of the story--which is patently wrong--demonstrably wrong--and so, in truth, you are only convincing yourself. "Jesus died for your sins," is what you want to hear. Nobody else cares. Therefore, you have no reason to be talking to me and I have no reason to listen.