I'm sorry, I haven't written a blog in quite a while. I've been too busy publishing books and stuff.


But I thought I would write a not so meaningful post mocking a sophist Christian. Not because he's Christian, but because he's sophist. I hate sophists.


Mike D. over at the A-Unicornist pointed out recently that the Christian theologian/apologist/whatever David Marshall recently wrote this:

"Genuine faith in the Christian sense is that act of mind and will by which we discover all that we ever can come to know. Faith means trusting, and holding firmly to, what we have good reason to believe is true, in the face of trial. In that sense, no science, no history, not even the most platitudinous reasoning, would be possible without faith." 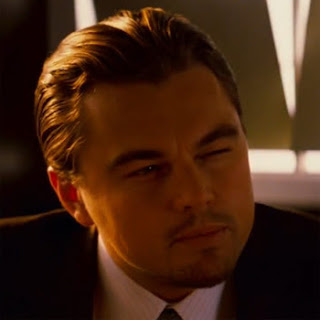 But then I remembered that I am actually good at thinking. And so I re-read it, since that usually brings to light the parts that confuse me, and then I was like... 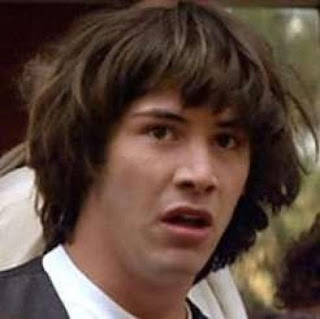 Cuz you know, when you actually stop to think about it, the whole thing makes almost no sense, except that Marshall uses colorful philosophical language to make faith sound all great and stuff.

But does he really believe in that sort of faith?

What if Jesus spoke to him and asked him to kill himself? Would he have faith in the truth of that message? Or would he check himself into the psyche ward for hearing ominous voices?


Buddy Jesus has a message for David Marshall... 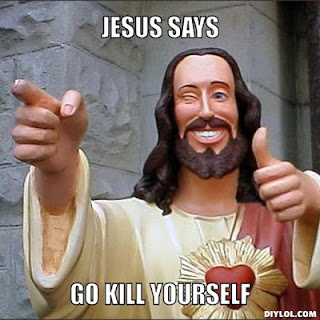 Mind you, I would never ask anybody to kill themselves.

All joking aside, you might wonder is there a point to this? Yes, actually.

My point was, albeit rhetorical (and obviously tongue in cheek -- no, I don't want David Marshall to really kill himself, that's silly) if Marshal kept to the faith as he defined it in that quote, and he believed that Jesus really, truly asked him to kill himself, do you think he would heed his call?


If not, it's not really the sort of faith he says he practices. He might pay lip service, and make it sound like some great thing, but he wouldn't actually want to live by it -- not as he defines it -- not really.

I was challenging him to think about that for a bit.

A Muslim suicide bomber, on the other hand, might carry out such an act if they had enough faith based conviction.

Apologists strike me as hypocritical. They frequently change their definitions to suit their needs, move the goal posts back.

[Update: Just to clarify: David Marshall replied to this post taking personal jabs at my career and writing that I actually said "Marshal, Go kill yourself" which I never actually said. I used a meme of Buddy Jesus pointing which said to "Go kill yourself" in a nondescript sort of way to show that I wasn't at all serious and that the point wasn't to sound threatening to but see if Marshall really believes in the medicine he's selling. Personally, like Christopher Hitchens, I think faith is one of the most overate virtues.]