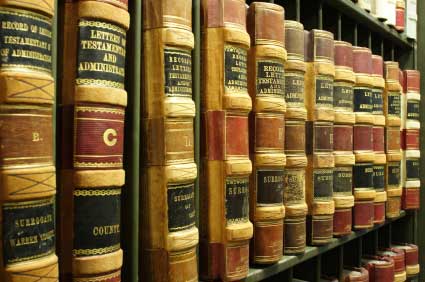 Religious people never cease to amaze me when it comes to their ability to reverse the burden of proof. But they must be careful not to make this mistake for a couple of reasons. First, it’s bad form when you’re involved in a dialectic which relies on formal logic to suddenly disregard the rules of logic in your favor simply to shift the burden of proof off you (even as you’re supposed to be defending your claim). Secondly, it’s a form of denial. “Oh yeah, well you can’t not prove that fairies at the bottom of my garden don’t not exist!”
When faced with stubborn believers who think the onus is on the atheist to prove that [G]od *doesn’t exist, I think they’ve missed the point of the argument they are trying to make (which makes them look like they don’t actually know what they are talking about—which does not reflect well in their favor). You can’t make a positive claim (a claim which affirms something) then turn around and expect someone else to prove a negative (a claim which hasn’t affirmed anything). It’s illogical—and shows an inability to reason properly.
This is why atheists will often remind believers that, not only is the burden of proof on the one making the claim, but also that extraordinary claims require extraordinary evidence. Extraordinary evidence is whatever evidence would be required to sufficiently prove an extraordinary claim.


For example, say I was in possession of antique oil lamp, but not just some ordinary lamp, a special magic lamp with a magic genie inside! Now supposing I told you that this magic genie inside would grant you three wishes if you rubbed the lamp, what sort of evidence would you need to prove such an extraordinary claim?


Simply put, you'd need to produce either the genie or support your claims by fulfilling three wishes which could only be performed by said genie. In the end evidence is evidence, but the grander the claim the more demanding of a need to support that claim. It's as simple as that.
Personally, I like to use the comparison of a magic genie in a lamp because it is analogous to the [G]od-concept which theists posit in favor of the existence of [G]od. It’s not your obligation to disprove that I don’t have a magic genie any more than it’s my obligation to prove that God does not exist. *You not being able to prove my magic genie does not ever enter the equation, because we both know, there is no evidence for magic genies which would establish their existence in reality. The same can be said for the existence of [G]od.
Moreover, it’s not your burden to prove to me that there are no such things as magic lamps with genies inside, because we all know that you’re not the one claiming to have a magic genie—I am, and since I am making the incredible claim I am the one with the sole burden to prove my claim true.
The way we prove something true is by using science. Science is the intellectual and practical activity encompassing the systematic study of the structure and behavior of the physical and natural world through observation and experiment (Oxford Dictionary of English 2005). So if you want to prove something is *real, then you use science. If science fails to establish any consequential effect, either directly or indirectly, of what it is you propose exists—then chances are you may want to re-evaluate your claims. That is, we must fit our theories to the facts (not the other way around).
Recently the comedian and outspoken atheist Ricky Gervais made a very good point on this subject when he stated:

I couldn’t have put it better myself. Indeed, it is precisely because there is no evidence for magic genies in lamps, or for that matter [G]od, that we can’t just assume the existence of magic genies or God. As science would seem to suggest, when it comes to supernatural things the best stance we could presume to take with regard to their existence is one of agnosticism. Agnosticism being the default position then makes it rather presumptuous to claim that the supernatural is real (minus the evidence) and it is more than a little bit mistaken to assume the burden to prove *your claim is on everyone else. 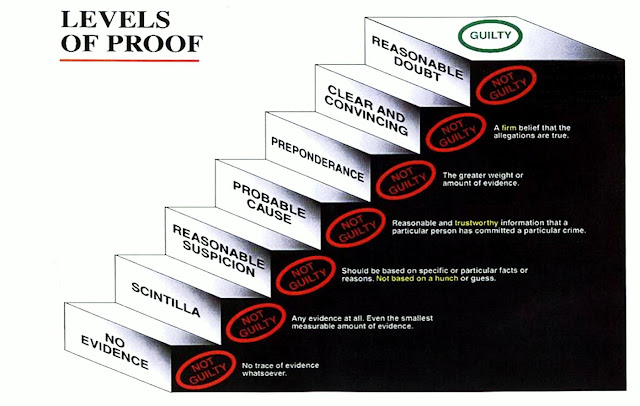 Proving things exist, on the other hand, is easy when it, in point of fact, actually exists. I can very easily prove to you that I have an apple sitting on my desk next to me as I write. I could describe it to you, take a picture of it, or better yet film a video of me eating it and then post it on YouTube. Of course, if this fits with your experiences eating apples, and other people who can corroborate and confirm it fits their experience of what eating apples is like, then chances are I really did have an apple (which I then ate). Proving that my genie in a lamp has magic powers and will grant you three wishes if you rub it a little bit requires a whole lot more evidence than I am capable of producing as to even make my claim believable. The same goes for the existence of [God].
That fact that proving things exist is (typically) easy doubly confounds believers because, as they well know, if their idea of [G]od actually had a referent then their claims would be much easier to support—in fact their claims would be so well backed by a superfluous amount of evidence as to constitute as obvious if not completely undeniable. But to the chagrin of the believer, the reality of the situation is, the concept of [G]od has no empirical basis for support (in reality).

In Law there is a scale of evidence which leads one to make the informed decision before presiding on a verdict. It’s no surprise that evidence for [G]od lies at the bottom of the scale—not even a scintilla of evidence. So before theists can even presume to have won the verdict on the [G]od debate they first have to make their case—and this does require producing genuine evidence. No evidence means no case can be made, and this is exactly where we find arguments for the existence for [G]od today—they just don’t pass muster.
Meanwhile, the claim that [G]od is transcendent, that he exists beyond space and time, simply is an admission that [G]od cannot be proved to exist—and thus the theist shoots themselves in the foot by making their idea of [G]od wholly untenable, because they have now made it impossible (even for themselves) to prove whether or not he actually exists. Many theologians bemoan the fact that atheists don’t take the transcendental argument seriously, but we don’t take it seriously for these reasons, it’s not reasonable let alone even plausible—and all it seems to do is safeguard the [G]od-concept from being disconfirmed entirely (i.e., it is a way to salvage the mere idea of [G]od).  Even so, the standard for what is reasonable to believe has been set by science, and where there is deficient (or a complete absence) of evidence one must tacitly admit that, as a consequence, there can be no real reason to believe in unsubstantiated claims other than the fact that they want to believe—that is to say the transcendental argument merely allows for a way for the believer affirm a belief in belief (even as [G]od proves to be imaginary).
In conclusion I find no good reason to believe in the concept of [G]od. In a world with working logic and the powerful methods of science the [G]od-concept grows more and more tenuous by the day. The more knowledge we accrue the more difficult it becomes to affirm, let alone establish, feasible reasons to believe. On top of all this, the fact that theists (from all faiths) have failed to meet the basic standards of proof shows that they are simply whistling into the wind, and perhaps, would like to rethink things before they (predictably) try and reverse the burden of proof.