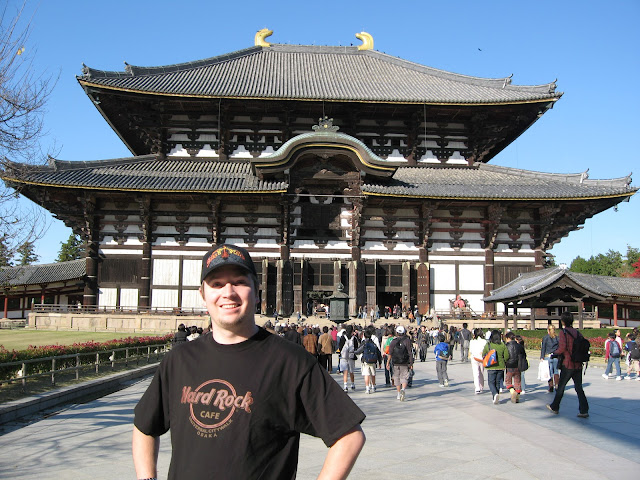 Just a heads up, this post is more about my personal life and less about anything religious in nature. If this is not your cup of tea, feel free to skip it.

Usually I like to keep people posted on what I am reading, however, the past couple of months have been hectic as I have moved to a new city, had to find a new job, found one, then had to get accustomed to it. Luckily, the people that I work with at my new school are much more personable than at my last couple of schools. Also, I have access to the Internet unlike my old schools--which prohibited use of the Internet--because it was somehow "evil."

Well, they didn't just come out and say it. But many of the teachers were abusing it for, well, checking email, Facebook, and blogging. Even if it was related to school activities.


I once tried to convince my school to move the school newspaper to an online blog--where the students would have control of the publication and content. That didn't fly well--because then they'd need a teacher to teach them how to do all that stuff--you know--like posting articles online. I tried to explain that it was simple, sort of like writing an email, but then the idea fizzled out--because the Principle didn't want kids spending valuable class time writing emails. *Sigh.

But what can you do when people just don't get it, moreover, refuse to get it even when it is drawn in easy to read crayon for them? Pretty colors and all. It's like trying to explain the benefits of the invention of the wheel to a dinosaur. They just won't care about your silly little donut-whole of a contraption--they're living in a different era on the space time continuum. But I was taking for granted that I am in Japan, surrounded by technology, and the fact that it's the 21st century. Living amongst the tech doesn't mean people are necessarily computer literate. Computers are a specialized form of tech. But oh well, like I said, not much I can do about it now.

I am just glad the faculty at my new school is a bit younger--a lot of twenty and thirty year olds fresh out of college teaching their first, second, or third year. Most of them are with the times--and I finally have people my own age to talk to! It's great.

But I digress. Enough about work. I enjoy my new school, my new location, and living in the city is great. For those that don't know--I live in Kumamoto, Japan.

As for books, it has been slow reading as I have had to meet deadlines as I try to finish editing my short novella series called The Scarecrow and Lady Kingston.


I am currently finishing the fifth short story, prepping the third and forth ones for publication, and plotting the finale. Meanwhile, I began my first foray in the genera of horror, thriller, survival type stories. Yeah, it may sound cliche, but I thought I would take a stab at writing my first zombie story. It's still in the first stages, but I can tell you this much--it will be called Bitten: A Resurrection Thriller.

When I do get time to read, that is when I am not writing a book or a blog, I have been working my way through the lectures and interviews of Robert G. Ingersoll, which I am almost done with. One might find it hard to match such a great mind as Ingersoll's, and they would be right, so it was sort of difficult to select my next read.


Happily, however, I discovered a decent Kindle edition of The Meditations of Marcus Aurelius, also known as the Emperor Philosopher of Rome, and I am already making my way into his philosophical mindset. He was of the Stoic school, a non-superstitious, non-believer, and his humanistic insights into the world are quite moving and inspirational.

To balance the philosophy side of things I downloaded Lisa Randall's new book Knocking on Heaven's Door, which is a comprehensive overview of the most up to date physics, theories, and concepts in science. It also is a discussion on how science, and scientific thinking, benefits us in our daily life--and I highly recommend this book.