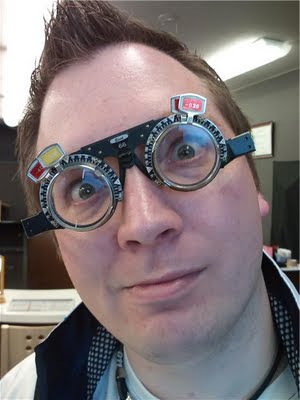 My wife married a god fearing Christian and to her great relief an atheist emerged shortly thereafter.

I count myself among the lucky--that my prior faith--and so too my subsequent crisis of faith--played a minimal role in my relationship with the woman I love. In the end, I think it all really depends on how open minded both couples are--and how honest they are with one another (as well as themselves). If one of them turns out to be completely religious--and the other is not--there will undoubtedly be some friction. This friction can be smoothed over by the simple agreement not to talk about religion in the home--like the one my Japanese wife and I had when I was a raging, proselytizing, missionary for Jesus save em' all Christ.

Lesson 1: Family comes first. If you and your significant other share opposing worldviews, be it religious or political, don't talk about religion and/or politics in the home. It will save the both of you a lot of wasted breath and heartache arguing over trivialities.

Not talking about religion in the home is probably what saved my marriage. If I would have continued with my preaching--my every day religious rambling, regardless of how important it seemed to me at the time, I am almost positive my wife would have eventually worn thin--and in all likelihood probably would have distanced herself from me one way or another. Luckily, however, I came to see the light. By light, I mean the truth according to enlightenment values.

Lesson 2: Embrace change instead of fearing it.

It's time for a change of pace here at the Advocatus Atheist. So for the next several months I am going to focus exclusively on myself and my journey from believer to non-believer. It will be the most in-depth analysis of myself and what I believe that I have ever attempted. It will be--pure unadulterated Introspective reflection.

Hopefully you will enjoy reading about my journey from self-righteous Christian tub-thumper to radical atheist polemicist.

The reason I have decided to start this Introspection series is two fold. First of all, I feel it may be of use to others who may be experiencing the same sorts of doubts and who may have similar questions about their faith as I once did. Perhaps they can take something from my experiences. Secondly, I still abide by the rule--out of fidelity to my wife--not to bring the cruel mistress of religious dialog into the home. Therefore, all this and more is best suited for blogging.

Please join me--and remember--these are merely my opinions, experiences, and beliefs according to the revelations I have had along the path from theistic belief to lack thereof. Feel free to treat my Introspection series as one giant letter to the editor--take the best and leave the rest.

As it is a personal reflection of my own life--all I ask is that you be fair in your criticism--that is all. Thank you.