God is Love or Jesus is Divine--But NOT Both! A short Bible Contradiction Discussed 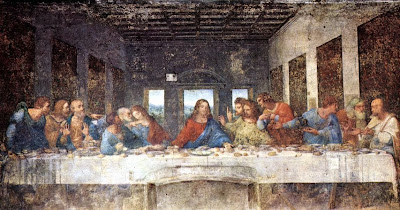 The New Testament is filled with errors and contractions. If single verses aren't in conflict with each other’s claims then entire themes are found to be contradictorily negating each other.
For example, suppose we ask whether or not God is loving and that Jesus is divine. Christians will say yes to both, but the Christian concept of God is clearly WRONG. (Bible ignorance strikes again!) Apparently, the New Testament is quite clear on the issue, and when compared with the character of God explained in the Old Testament, we find it makes it abundantly clear that God cannot be all good if Jesus is divine, and if Jesus is divine then God cannot be good. Let me explain (emphasis mine, of course):

Love is patient, love is kind and is not jealous (1 Corinthians 13:4)

You shall not worship them or serve them; for I, the LORD your God, am a jealous God (Exodus 20:5)

So my question would be this: Is God a loving God?
Logically, considering the evidence, love is kind and not jealous, God is jealous, therefore God cannot be love, according to Paul's definition of love, and so John 4:16 is a contradiction in God's character. We know God is, and cannot, be love by the definition given by Paul, who spoke with authority via the Spirit (Ephesians 1:17, 3; 1 Corinthians 2:3-5, 12:3, 14:1, 18; Romans 8:14,16; etc.) that love is not jealous. The author of John, however, equates God as love, and we are in conflict. The problem being that God (who we've established is a jealous God by his own account) is incompatible with the definition Paul gives and is in conflict with Johns message of God being love.
So someone must be wrong here. It couldn't possibly be God (should he exist), so we'll rule out that possibility. So either Paul is wrong or the author of the book of John is gravely mistaken.
God can only be love if, and only if, we claim that John's definition of  a loving God is incorrect, but this causes us a bigger problem. Why? Because the author of John claims to be speaking through revelation (Revelation 1:1), thus if his claims on the nature of love are false, then his other claims lose credence as well, including his claim that Jesus was divine. Let's not forget that the the 4th Gospel's message is clearly that Jesus was divine and co-eternal with the Father, and so Jesus too is a divine being of love, but more importantly let's not overlook the fact that this message, this theological premise is only found in the Fourth Gospel and not the Synoptics. Therefore the Christian theist has a conundrum, because of the logical conclusions one derives at given the evidence.
The strict rationalist must conclude one of two possibilities: 1) Either God is love and Jesus is NOT divine. Or 2) God is not love, and therefore has the capacity to be capricious and malevolent, and Jesus IS divine (but with the capacity to be capricious and malevolent).  Finally, there is the third possibility which I waited to mention because for the Christian it will seem absurd, but might be the only viable option for those who want real answers, and that is: both Paul and John are wrong. If Paul is guided by the Holy Spirit, and John by divine revelation, then both must be right! Therefore their contradictory claims about God negate each other, and so we can know that God is NOT love.


(Not to mention this causes us to be highly skeptical of whether either of them is telling the God-given truth or not, because if taken at face value their words become meaningless and we are only left with doubt in any of the other incredible claims which they may have made. Furthermore, Paul claims that “God is not the author of confusion” (1 Corinthians 14:33). However, if God divinely reveals two opposing revelations to two different men, then this constitutes a confusion. Paul obviously had forgotten that God deliberately confused the people of Babel in Genesis 11:6-9 and Jeremiah 20:7. And all this on top of the fact that Paul states in 2 Corinthians 4:4 that, "The god of this age has blinded the minds of unbelievers, so that they cannot see the light of the gospel of the glory of Christ, who is the image of God." How is that not stirring up confusion? God putting the blinders on so unbelievers can't find God, then how are they supposed to find God? You know what it sounds like, right? Pin-the-tail-on-the-deity. Confusing enough, if you ask me. Who are we to trust?)
Either way you choose to look at it the problem is inescapable and the only way to reconcile it is to forgo one and take up the other, but at the risk of losing the belief in one of Christianity’s two biggest convictions. So obviously Christians never do this, they're not prepared to, not even at the sake of making themselves into hypocrites. They want to have it both ways, so they ignore the discrepancy, accept both Paul and John's conflicting definitions against good reason, and so the Christian theist settles for the lesser of two evils: hypocrisy over unbelief.

But for the atheist, this is absurd, because to make oneself a bigot for fear that the actual truth would diminish your belief in God as being something other than a loving being, or  else Jesus not being divine, is ridiculous. The truth is the truth regardless of what you want to believe, and in this case, it's plain as daylight that the basic tenets of Christianity which Christians esteem as a vital and fundamental component to establishing their faith are often times incongruous or just plain incompatible. To build a belief system on inharmonious claims, or contradictory ones for that matter, is undeniably outrageously unreasonable. Even so, such  bothersome bits of discordant theology help affirm the atheist proposition that Christian doctrine and philosophy is not only faulty, but is often times undone or proved false by its own inexorable inadequacies. 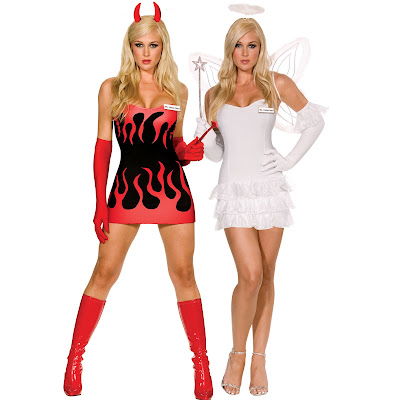 Dear Christian, you must ask yourself, which God do you prefer? Do you want the all loving God? Or the divine Jesus Christ? Because both are IMPOSSIBLE according to Christian doctrine. If you choose both, then you've done away with the validity of your faith, and furthermore, have made all your claims unjustifiable by letting such contradictions simply lay.

*Possible Objections to my Argument*

Having been an Evangelical Christian for three decades I think I have the experience to venture some possible objections to my argument, and play devil's advocate for a moment. Needless to say, all possible objections are fairly strained and very predictable responses, and ones which I have anticipated. Let's discuss the only feasible objections and how such an obvious apologetic strategy fails logically and otherwise to defend the theist position against this devastating critique.


"You've misunderstood the scriptures because you are a (confused) unbeliever and you don't have the Holy Spirit to reveal the hidden truth to you."

According to this objection, if god confuses unbelievers then that is different than confusing believers. They will say that the scriptures look foolish to those who have not been blessed with the Holy Spirit, and I can see an apologist claiming that the scriptures are not confusing to those who dwell within Christ, subsequently what Paul said remains true,  and so God is still not the author of confusion for those who have the secret insights via the power of the Holy Ghost. Since atheists and nonbelievers (supposedly) do not have this special ability, then they cannot see the truth.

The first problem Christians face is that the confusion is not between believers and nonbelievers, but Paul and John's author, both self-proclaimed Christians brimming with the Holy Ghost. So a Christian would be hard pressed to use the argument in the first place.

The second problem is that it's a non-argument. A Christian who presupposes that the Holy Spirit/Ghost (whatever that may be) reveals the truth has made the fatal error of assuming the Spirit is at all a validated piece of evidence which supports their argument. It's not.

Here the problem persists, as they haven't even justified the claim that the Spirit is real, and before they establish it as support for their theory they need to prove it exists and is a quantifiable scientific fact. If they can't prove beyond a reason of a doubt that the Holy Spirit is a real entity, a real energy, which inhibits non-believers thinking but acts as a direct conduit to the mind of God for those who are in Christ (a testable hypothesis mind you), until they can establish this via blind and double blind tests as to attempt to gain any reliability what-so-ever, then I'm just afraid it's not admissible as evidence.

Therefore, the argument that believers can see certain truths and unbelievers can't because those who are in Christ have the Spirit to guide them to truth whereas all else are lost is simply invalidated by the fact that such a claim is wholly unfounded, and so lacks any credibility form the start.

Thus to actually invoke such an argument is actually a sign of critical thinking weakness. Christians would be quickly embarrassed if they even tried as much, since such a tactic is an obvious ploy to safeguard the theist's position without ever having to justify it, and this automatically makes the Christian's claims to be the participant of special revelatory messages dubious, and furthermore, because it is impervious to scrutiny (since in actuality there is nothing to scrutinize) it gets away with the sin of intellectual *dishonesty.

If pressed on the matter they will dance circles around the issue, as they will inevitably try and do, and attempt to safeguard the Spirit as evidence argument with the infamous shifting the blame game. Only by stating it's impossible for us to disprove the Holy Spirit could they even pretend to use the argument to begin with, but even so, to make the claim that they will only accept our valid criticism if we can first prove to them that something which is *nonexistent, in fact, doesn't exist at all is faulty reasoning if I ever saw it.

As we all know, this is impossible to do, and so if it's impossible to prove or disprove, then there can be no evidence of it, and again it becomes inadmissible. Ergo: it is a non-argument and it completely fails on logical grounds alone.

Consequently, I rest my case.
Posted by Tristan Vick at 12:59 AM