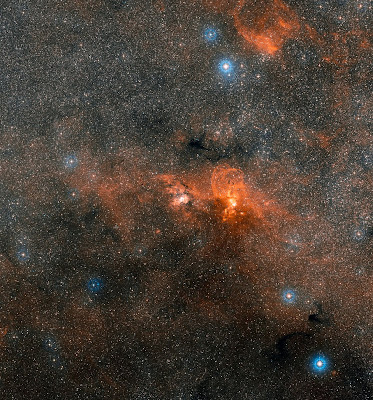 “During those 100 years, the rationale for defending a flat Earth has become progressively absurd. They'll never run out of evidence for a flat Earth, but the fact that their evidence is being demonstrated as becoming progressively more absurd tells us that they don't have a strong case.” –Hugh Ross (Creationist/Astrophysicist?)

1)    Neuroscience and evolutionary psychology will map out how supernatural and religious thought develop in the human brain so that we will be virtually 100% certain that religion is a manmade social and cultural phenomenon.
2)   The theory of evolution will continue to prove itself with new undeniable proofs and subsequently align with new biological, genetic, and archeological information and/or discoveries and thereby continue to provide reliable answers where religion does not.
3)   Natural sciences will begin to make light of morality offering a sound and reliable foundation for not only human morality, but also human consciousness, and our perceptions.
4)   Epistemological roots of human understanding will no longer be a vague and nebulous conception left to religious patriarchs to define as they wish, but rather, will be explained steadily and systematically by hard won scientific knowledge. In other words, we will begin to have an understanding of how we understand and perceive reality at the brain via the aforementioned sciences of neurobiology and evolutionary psychology; i.e. it will no longer be a question of “why” but simply a matter of “how” and “by what cause…” Accordingly, this epistemic naturalism will replace all epistemic metaphysical assumptions.
5)   Philosophy already offers many adequate, if not superior, arguments for morality. The natural moral arguments, along the lines of Kant, will become the standard axioms of truth as the natural sciences begin to confirm the relationships between morality, nature, and our perceptions along with our experiences.
6)   Once a solid naturalism is established theorists and philosophers will take the scientific framework and create an overall portrait of the moral landscape of humans and all living species and will likely better define us as distinctive in our cognitive functions, self awareness, and unique language abilities but also show how we are interrelated with every other living thing; this will tie directly back into our genetic lineage and further validate evolution.
7)   Cosmology and Physics have refuted Intelligent Design beyond a reason of a doubt and will continue to make all earth religions obsolete as it actively refutes all remaining “god hypothesis.”
8)   As our cosmological understanding becomes greater it will lend to enhance and support the natural understanding of the universe, our world, and all the living things which exist—but more importantly—will begin to unravel the mysteries of why we exist at all; as it is already doing.
9)   Once a fully actualized natural worldview has been established people will either embrace it or deny it, but none will be unaware of it or its implications. As such, I foresee, a continued secularization where natural philosophies encroach upon religious territory and usurp religious beliefs and replace them with a more thorough and accurate understanding of the world.
10) Religion will persevere, but it will exist in a diminutive form as traditional observances and age old habits of custom rather than active beliefs. Science, having comprehensively disproved religious claims, will have given us good solid reasons to be skeptical of any further incredible and unsupported future claims, making it difficult for religion to overcome the burden of proof in consecutive generations of learned scientific understanding—that is ‘the age of modern reason’.
Thes predictions are a ways off yet, perhaps anywhere from sixty to a hundred or so years before these predictions become a viable reality. Even as such, you may have noticed the uncommon Creationist quote at the top, which is, wholly accurate as far as I can tell. Indeed, the implications of scientific advancement are the same across the spectrum, that is: it makes all supernatural and mystical supposition as well as all of the speculative theological arguments more absurd, more incredible, and more unbelievable. So to amend the epigraph to encompass the entire array of esoteric theological creationist conjecture, as well as all the faith-based bombastic B.S., we are left with this weighty implication: During the time religions have flourished and thrived, the rationale for defending their doctrinaire claims, core beliefs, and theological speculations have become progressively absurd. They’ll never run out of “evidence” for their tenuous assumptions, but the fact is that their evidence is being demonstrated as becoming progressively more absurd tells us that they don’t have a strong case.
Posted by Tristan Vick at 11:43 PM