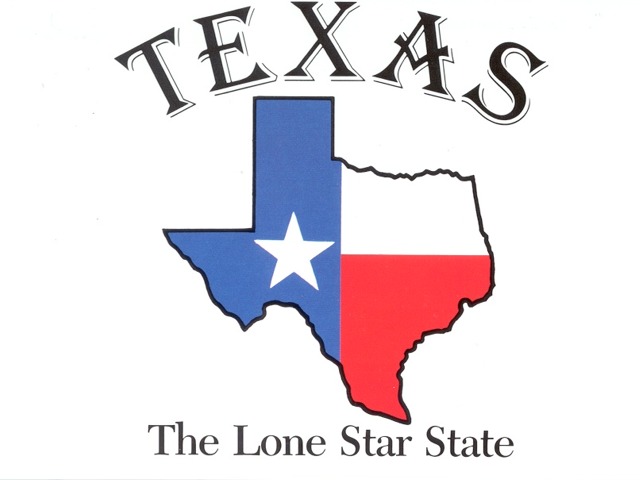 Why ? Why???
Texas State Board of Education board members want people to know that: ’s laws and government should be based on the Christian Bible. When I read this, I was like, WTF?! You’ve gotta’ be kidding me.
Sadly, it’s no joke. But it gets worse folks. If you’ve been reading the news lately you’ll probably be aware of the fact that they made disreputable changes to the social studies curriculum, changes which will affect five million (that’s right—five frackin' million!) student's educations. How is this? The Texas State Board of Education is the second largest purchaser of K-12 school textbooks (after California). Meaning what Texas requests as the educational curriculum standard usually becomes the country wide standard.
Why should this bother us? Well, first of all it seems the board members are making up a fake history as they go along—and have sent the expert historians, sociologists, scientists, and political science experts packing—which should throw up red flags right there.
The school board’s historic battle against the theory evolution is just one small example of their discomfort with scientific facts. This utter lack of awareness as displayed by the majority of the Texas State Board of Education board members may become the standard, a frightening notion if there was one. Lower the bar a little bit more, why not?
In turn, this disgustingly low standard, more like a standard of retardation, bolsters other state education boards to attempt the same feats of brain aching stupidity, and for other narrow-minded states, like Kansas, it gives them an excuse to continually attempt to ban evolution from their discourse and from their textbooks (see this MSNBC and New York Times articles for more detail on the ongoing anti-evolution battle HERE and HERE).
Meanwhile, in an unrelated yet equally dubious act, the Arizona legislature has passed an overtly racist and discriminatory boarder protection law which is technically out of its jurisdiction since boarder matters are taken up at the national level (unless Arizona can begin to issue or revoke U.S. Visa status they have no authority to deport foreign nationals at the local state level—illegal aliens or not—that’s an issue for Homeland Security and the U.S. Department of State and the Bureau of Consular Affairs—yet that’s not the only thing wrong with the law; but I digress).
Whatever nonsense is going down in the southern areas of the , is leading the charge! Yobie Benjamin at the San Francisco Chronicle reports:
One of the most controversial changes is to deny the slave trade. The Board of Education wants to refer to the slave trade as the "Atlantic triangular trade". What the hell is the "Atlantic triangular trade"? What do you call the millions of African-Americans whose ancestors came here as slaves? Descendants of triangulates?
Likewise, the Texas Freedom Network president Kathy Miller opines, “All of these issues, as serious as they are, are really symptoms of the larger problem — allowing politicians with personal agendas to write our children’s curriculum, rather than teachers and scholars.”

Meanwhile, one of the more self righteous board members, Cynthia Dunbar, has gone on public record as laying out the “Christian nation” vision of American history that the board’s powerful bloc of social conservatives advocates, espousing, “I believe no one can read the history of our country without realizing that the Good Book [Holy Bible] and the spirit of the savior have from the beginning been our guiding geniuses.”
If you’re not flabbergasted by now you should be. Not only is this religious ill-bread ethnocentrism painful to listen to for any well cultured or culturally open minded person, but Dunbar goes one further as she has written in detail on how to apply a “Christian litmus test” to the national education curriculum as to safeguard it from the influence of evil so that America’s public education system won’t become, and I quote, “subtly deceptive tool of perversion.” Wow, such a completely baffling, mind boggling, display of stupidity… and this is the guiding influence behind ’s education system. Seriously, how can we not be bothered by this?
Words cannot begin to describe the antipathy I feel for those who threaten my child’s future, and the future of all children, by withholding them a proper education and, not only this, promising to brainwash them into mindless zombies for Christ as well. I’ll teach my child about religion all in due time, I don’t need some crackpot Ms. Braybrook to do it for me. It is my opinion that this lady is in need of some serious psychiatric counseling. We literally have a religious radical in our midst influencing other highly devout believers who have sway over the nation’s education system, and as a result our children's futures are at stake.

Whatever happened to Thomas Jefferson’s ideal wall of the Separation of Church and State? is not, nor has ever been, a Christian nation—although many Christians have lived there. It’s a nation of freedom, which comes with individual liberties, and in this liberty comes the freedom of religious diversity as well as the freedom from religious theocracy. This is protected by the First Amendment to the United States Constitution, which reads "Congress shall make no law respecting an establishment of religion, or prohibiting the free exercise thereof . . ."
Anyone who is concerned that ’s education curriculum has taken a turn for the worst need only ask: Why , why?
However, since protesting such a faith-based initiative, and the blinkered unthinking religionists who want to zionize everyone and everything,  seems to me to be like two nearly identical yet opposing castles are all screaming at each other but cannot make out what the other is saying; a futile endeavor if ever I saw it. So instead of protesting I've decided that I shall give my support to the Texas State Educational school board in changing history to whatever we wish it to be, mean, or say. I mean, real tangible facts are subject to our subjective interpretation, right? Therefore anything which we find disagreeable may be bent to our every subjective whim, after all, keen objectivity is for know-all elitist intellectual snobs. Heaven forbid we endure any of that them there erudite thinking (as if we're concerned about a proper education in the first place--don't make us laugh).
For starters, why not simply re-label the Holocaust to be called “A Dreary Day” instead? After this, we can call World War I “that thing we did with planes,” and concordantly WWII would become “that thing we did with planes, bombs, and cigarettes in which all our grandpas died.” The Vietnam War could simply be “The Liberation of Vietnam” because we wouldn’t want to have any anti-American sentiment now, would we? The could be renamed “That War Everyone Forgot About.” And when we talk about the nation’s founding fathers we’ll simply claim they were all Christian and ban all their writings which state to the contrary. No more Age of Reason, no more Virginia Statute, just Thomas Paine and Thomas Jefferson, proud Christian founding fathers, because according to the zealot is a Christian nation--just as surely as my atheist feet be wearing Christian shoes. See? It makes perfect sense.
Capitalism becomes a dirty word and the slave trade becomes the “Atlantic triangular trade,” and while we’re at it, why not have women’s suffrage simply be called “Bossy women who talk too much incident” since we surely don’t want to dismiss Biblical authority on such matters, doubly since the Bible is crystal clear that women are property (chattel) and have no rights unto themselves outside of the marriage or subjugation to a man. If we want a truly Christian nation where the Bible is the authority, we better go all out and not just half ass it, right? God willing, homosexuality would be classified as a "contagious disease which frequently causes natural disasters," and women's cleavage would be deemed "mountain shaking impropriety" literally  too dangerous to gaze upon due to the accursed boob-quakes which would ensue via God's unchecked wrath.

Expectations to the contrary, we wouldn't want too many modern ideas getting into our heads lest it make us civilized. And what would a God-fearing people desperately holding on to bronze aged myths and mentality do if they found out their God simply didn't exist? God forbid! And goddamn those lying God-haters and blasphemers for besmirching God's good name. Might as well rename all free thinkers and atheists to "Social Communist Satan Worshiping Nihilists," and call it a day.
Frankly speaking, this whole debacle frightens me. It appears, from my vantage point of a critical minded, well educated, non-religious, rational human being that if the Texas State School Board has its way—then we’re headed right towards the sequel to the Dark Ages. But you don’t have to take my word for it, just wait until the new textbooks arrive, indeed, for ways to know in how to grow, just take a look, it’s in a book… reading rainbow. But be forewarned, if you agree to buy published textbooks, you’ll only be growing stupider by the page. And don’t be expecting LeVar Burton to come to your rescue with his books of knowledge, because, well, he’s a Descendant of the Triangulate, not to forget, and Arizona will probably—having confused him for some sort of minority because of the color of his skin—have already shipped him off by the time anyone wises up to what’s going on.
Posted by Tristan Vick at 10:17 PM