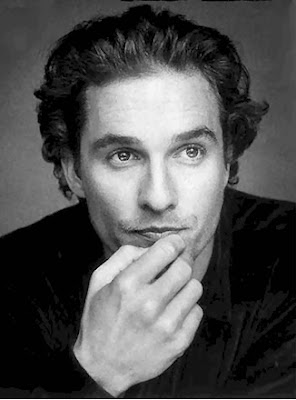 A few days ago Mike over at The A-Unicornist blog wrote an interesting one about a common misconception the religious have with regard to our own conceptualizations, such as the idea that although we can't prove where love comes from doesn't mean there isn't such a thing as love. As if this comparison will ease our doubts about God.

On his blog Mike observes that theists make this analogy quite often:


This sentiment was recently echoed by Rabbi Alan Lurie over at Huffpo, who asks whether God's existence can ever be proven.

The attempt to prove the existence of God through the scientific method of hypothesis, controlled experimentation, observation and documentable repeatable results is somewhat akin to trying to discover the cause of a person's response to a deeply moving work of art. We can examine the painting, analyze the composition of the canvas and pigment, study the arrangement of shapes and colors, discover the historical context of the work and the biography of the artists, or even conduct psychological experiments and CT scans, but none of this will do anything to explain, understand and share in the person's aesthetic experience. This person may try to explain her experience, but she will ultimately fail to convince someone who only sees pigment on canvas, and who may conclude that her experience is delusional, and that the study of aesthetics is a waste of time. To the person who was so deeply impacted by the painting, though, such an assertion completely misses the point, and does nothing to convince her that her experience is not real, and that she was not touched and expanded by her encounter.

Mike adds, "There's a scene in the movie Contact when Ellie, who's an atheist, asks her Christian-philosopher boyfriend Palmer if he can prove God exists. Palmer responds, "Prove you loved your father."

Recently, I re-watched the movie Contact since I hadn't watched it for a couple years now, and I recalled to really have enjoyed it. I wasn't mistaken.

I always thought Palmer's analogy was, in actuality, a false dichotomy. I like to call this Palmer's fallacy anytime a religious person tries to make it.

The fallacy arises when he is comparing a metaphysical concept (the god-concept) to a human emotion. Now emotions are things we can measure scientifically, because anger increases blood pressure, calm reduces it, a palpating (and twitterpated) heart will increase in beats per minute and a lonely person will suffer bouts of depression which can be regulated with drugs, etc. etc. So this is Palmer's first mistake. Science can detect and measure the emotion of love. That means it is testable! This means conceptual love has a referent.

An emotion like love has physiological proof--in that we can actually see the emotion having a measurable effect. The concept of love does not. But then conceptual love is usually complicated by the fact that everyone is bound to have different tastes or different turn-ons, different physiological responses to different things, so this is Palmer's second mistake. The conceptual love is not quantifiable, it's merely abstract, so no two people would ever have the same definition of "love" so it could never be qualified as evidence.

I doubt that religious people who think like Palmer would be willing to admit this about God (even though this is the implicit claim that God is merely experiential--therefore unquantifiable).

The god-concept is not quantifiable for two very important reasons. 1) Even the second kind of conceptual love has a referent in the real world. We can say Romeo love Juliet because we have a story which refers to two young lovers--and we have our own experiences of love which provide experiential knowledge which makes romantic love quantifiable. Whereas God experiences do not have any real-world referent. 2) There are consequences of loving (or not loving) which are subsequent to the emotional response conceptual love invokes. In other words, to say "There's no greater concept than love" is to show an understanding that the concept of love plays a very important role in the practical sense. It's the admission that "love" actually is something worth aspiring to because it has real sway in reality. Thus there are measurable effects. The God concept (unto itself) does not (again because there is not referent to react to or experience--even as many believers make the claim that they experience god daily).

Therefore concepts like "brotherly love" relate to the amount of affection we often have for our friends which rivals that love we share for our siblings, our real life brothers. In such cases it clear to see conceptual love has a real world referent and therefore we have an understanding of what this conceptual "brotherly" love should be like. Even if the concept itself is merely an idea worth aspiring to. When Christians say God loves you, we know what love is, but it is complicated by the fact that we do not know what God is. Often times believers work around this by claiming God is love, or the embodiment of love (i.e., the source of love), but this confuses things because it says the referent for conceptual love is the concept of love itself. Which is a nonstarter.

The problem with Palmer's analogy, as I see it, is that the god-concept doesn't fit either the conceptual or actual varieties of love. It's not testable like real emotional love, it has no direct side effects, no measurable consequences of real existence, therefore cannot be experienced.  However, like conceptual love love it seems everyone has their own definition or understanding of "God" and so the god-concept is not quantifiable, but unlike love actual and conceptual love the god-concept not having any referent makes God's existence even harder (if not impossible) to establish. Therefore it's unlike love for these reasons, thus it's a false dichotomy.

Perhaps I should have prefaced that last comment that god-concepts do not have real world consequences insofar as any religious consequences are not relatable to God proper, rather they are consequences related to belief in god and stem from other factors such as doctrine, dogma, and faith-based infinitives.

Therefore my objection is maintained, Palmer's analogy is, in fact, a false dichotomy. He's comparing a real-word concept which has a referent with a metaphysical concept without a referent. This is Palmer's fallacy.

Now Ellie merely states that if something like God exists it should have a testable referent, just as conceptual love has a testable referent in emotional love, but since God is wholly without referent he is therefore untestable and is more likely not to exist.

Carl Sagan, however, does a splendid job of deflating the scientists ego when, at the end of the story, Ellie must testify in front of the Supreme Court and confess, to her disappointment, that she has no actual evidence that she experienced what she claims to have experienced (accept she actually did have evidence but did not know it--because as you will recall the video recorded exactly the amount of time she said she was away for). Yet as far as her experience went, there seemed to be no way to justify her having had it--other than through the analogy of religious experience. Which I found to be both moving and beautiful. Here Sagan reminds us that even science can be as emotionally gripping and moving as religious experiences.