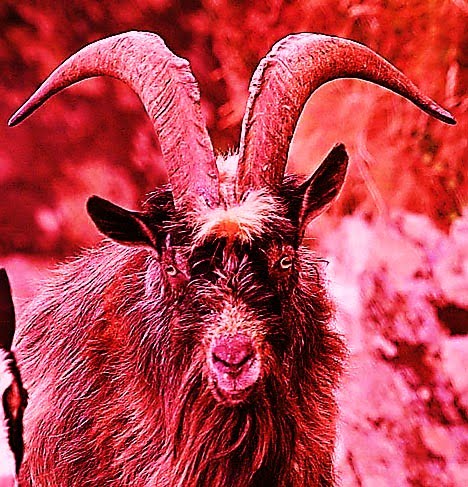 Book Banning Gets My Goat

“Yes, the hard-bound human mind, like the hard-bound soil, has to be ploughed up. Let it shriek as it will, the work must be done, or the light and air will never penetrate, and an ocean of seeds will lie barren on the surface.”

I know many of my rants are dedicated to the perceived ills of religion, but there are other certain things that will get under my skin just as deeply as a religious injustice, and mainly it is the idiocy and the general injustice which comes with willful ignorance.
Browsing the news, we discover it reported that the Idaho school district of Meridian has recently banned Native American author Sherman Alexie’s latest book The Absolutely True Diary of a Part-Time Indian for allegedly containing bad language, sexual content, and anti-Christian content.
The book having been banned cause somewhat of an outcry among the Meridian district students at Junior Mountain High School who contested the ban. With the support of their local bookstore, the went around handing out free copies of the banned book (off campus of course to comply with the ruling).
This is when the cops were called in to break up their merry free book giving charity endeavor.
Having the cops called on you nothing new in the day and the life of your average teen, as teenagers are known for traveling in loud obnoxious packs, playing their music at a billion decibels too loud, and generally getting into their fair share of mischief. But the reason for this particular incident is new.
So why were the cops called on these mild-mannered, book loving teens?
The whole series of unfortunate events began earlier in the year when the Meridian school board voted to ban Sherman Alexie’s book. The book, which was assigned reading at Junior Mountain High School, had alarmed a concerned Christian student who in turn showed his (may or may not be Nazi) parents what he deemed to be an offensive and anti-Christian passage in the book and the parents, not being happy about it (since it did not comport to their may or maybe not Nazi beliefs) brought it to the attention of the school board.
So the cops were call, again, why? Because some Meridian district students were giving away a book that some adult somewhere disagreed with. Really, that’s it.
Now before you go jumping to conclusions, let me just say right off the bat that the book’s passages in question are not pornographic in anyway. It was regular old literature. Yes, folks. Literature written by an acclaimed, award-winning, Native American author, Sherman Alexie. Whether or not Alexie’s ethnicity had anything to do with prompting the parent’s hateful attack on his literature is anyone’s guess, but I wouldn’t rule it out. Banning books and racism often go hand-in-hand, just ask any Nazi.
Needless to say, I think banning books is, in general, a really terrible idea. But banning books you haven’t ever read, I’m sorry to say, makes you a complete idiot (if not a Nazi). At any rate, the story gets better.
The (may or may not be Nazi) parents who objected to the book were obviously not thinking about the teens living on Idaho’s five Native American reservations, who look up to Sherman Alexie, a succesful Native American author and a role model for those who want to follow in his footsteps. The whole book-banning thing didn’t sit well with those who had read the book and found it innocent of the charges lobied against it, and the district’s local teens fought back, organizing a petition to have the book reinstated.
In response, a local Boise bookseller, Rediscovered Books, crowd-funded a $3,400 campaign to buy copies of the book for each of the 350 students who signed the petition. The teens handed out books in Kleiner Park (a public park) and gave away nearly every copy. That’s when the cops were called in to break up this otherwise peaceful protest.
Boise news station KBOI reported that the cops were baffled when they arrived on the scene—and how could they not be, for the teens weren’t doing anything remotely disruptive. The police didn’t find any harm in what the teens were doing and left them to their business of sharing free literature and spreading knowledge (a gift the so-called Nazi parents who called the police in would greatly benefit from).
But the story gets even better yet.
Sherman Alexie’s publisher, Hatchette Book Group, heard about the ordeal and sent 350 additional books to Rediscover Books to give away on top of the ones they had already given out. So, I feel a hearty congratulations goes out to the teens of Meridian school district and Junior Mountain High School for a victory well-deserved.
In fact, the parent’s brash cop-calling behavior is already backfiring in their faces. I am sure there are many like me who haven’t read a good Sherman Alexie book since college, and this whole incident piqued my curiosity, so I went ahead and purchased my own e-book copy The Absolutely True Diary of a Part-Time Indian for my Kindle. I’ll be reading it this weekend.
But that leaves one pressing question. More of a concern, really. Who are these horrible, anti-intellectual, narrow-minded parents who think they can go around banning books they obviously haven’t read? Who do they think they are to tell the district of Meridian what books it can and cannot read? Who are they to decide that handing out literature is a felony so terrible that the cops must be brought in to put an end to it? Finally, don’t these parents realize that peaceful public protests are protected under the First Amendment of the U.S. Constitution? What could be more peaceful than giving away free books in a public park?


It seems the moral of the story is clear, while the young people of the Meridian school district, posessing wisdom beyond their years, are out on the streets doling out knowledge, quite literally, the book-banning parents need to go back to school to get “ejumacated” and stop wasting everyone’s time attempting to ban books and maybe read some instead.

For more on the incident please see: