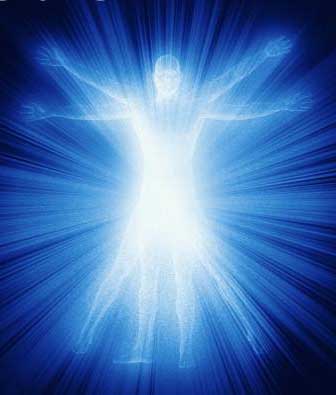 Analytical reasoning is not easy. I'll be the first to admit it. It took me four years of studying philosophy before I became comfortable with it. It took another year to feel like I knew how to even apply it to the questions I had. I've always been a systematic thinker, and I aced all my philosophy and theory classes back in uni, if you consider such things an accomplishment. I've taught rhetoric and argumentation at the college level before, so I do know that people struggle with it. Organizing our thoughts is never easy, let alone making them clear to others.

So even though I got better at analytical reasoning, having read Kurt Godel, Burtrand Russell, and Ludwig Wittgenstein and having taken courses on modal logic and being a student of Kant's reasoning, it has only been incrementally, not to mention painstakingly, baby steps that I have gradually become able to see the analogs that are lying under the surface of any given philosophical problem.

Like those Magic Eye autostereogram images that you have to step back from and squint peculiarly at before the hidden image becomes clear. Sometimes taking a step back gives us a much needed perspective.

It seems there was some confusion regarding my earlier statements regarding atheist vs. theist assumption in relationship to nature, and I wand to expound on this topic a bit.

Earlier I said that both the atheist and the theist make a priori assumption to get their respective theology off the ground. This, I mentioned, was true of any belief.

As such, I explained that the respective premises are as follows:


This is the a priori assumption either position must make to form either belief there is a God or belief that there is no God.

Additionally, I claimed that the atheist's assumptions are finished since their assumption apparently matches with the physical reality we observe.

The reason is obviously because atheists haven't added anything to the equation. In philosophical language we say the atheist has not made a positive claim while the theist has.

The theist has added--or posited--something to the equation. They have posited +1 God to the physical reality we observe.

Atheists and theists are both in agreement that God should, in principle, be provable. A theist who says we can't prove the existence of God has backed themselves into an impossible corner of an impossible hole they cannot climb out of. As such, no reasonable person would negate their own belief by making it impossible to prove. As such, theists and atheists alike look toward the natural world for signs of what might constitute evidence for God.

Some people think it is up to the atheist to disprove the negative claim. But I maintain this doesn't make sense because the atheist claim seems to match with observation.

That doesn't mean the atheist couldn't still be wrong, but if they are, God's features are hidden from us otherwise there would be no dispute over the issue. In order to claim atheists simply haven't understood the obvious evidence staring them in the face is to talk down to the intelligence of people who are the majority in fields such as philosophy and science. If God was obvious, we'd know it before most theists would (but that would technically make us theists, but you get my point).

However, I don't think the theist assumption pans out. At least, it doesn't appear to be the case.

In fact, they have posited things such as God existing outside of reality, beyond space time, as an eternal being, who is all powerful and all knowing necessarily, otherwise there would be no interaction between this being's open-existence with our closed-off existence.

Somewhere on the Venn diagram God's reality must intersect with our reality or there is absolutely no way to detect God and the theist claim is rendered futile.

It is because we live in a physical world where these things are easy to measure, observe, and test that any disturbance of them would be equally noticeable. That is, anything crossing that threshold would be immediately detectable as a disturbance or anomaly.

As such, this is the playing field where we would look for interactions with a supernatural entity like God.

So when theists posit +1 God, we look toward nature to see if any residual ripples are immediately detectable from the overlap which would need to exist between our reality and God's to confirm the existence of such an entity.

But when we look down at the pond, all we see is clear, still waters.

The atheist isn't required to make any additional assumptions about the nature of reality. Some may, but it's not required. Our belief with respect to the non-existence of God appears tentatively justified by the features of the natural physical world we observe.

Theists on the other hand, well, all their work is all still ahead of them if they want us to assume along with them that there is more to nature than what is observed. And in order to take the next step in forming a comprehensible belief that takes +1 God beyond a mere a priori assumption, more assumptions will have to be made--at least until definitive evidence is forthcoming.

Now one may say we shouldn't always demand empirical evidence for God. But this argument doesn't hold water because it ignores the fact that the reality we do live in does act in accordance to certain detectable physical laws. It is precisely because we exist within such a system that we have no reason to expect that the system wouldn't detect an anomaly such as God or the supernatural; either directly or indirectly.

All we can do is say, take us to the threshold. That intersecting segment on the Venn diagram where the interaction will be.

So the real question becomes, in a world where a basic set of physical laws explain the features of reality we observe, why wouldn't we be able to pin-down a God?

God may be complex, but the system we are seeking to describe in relationship to this God is rather simple. To suggest we couldn't detect something like a God's interaction with that system goes back to making God unfalsifiable, thus impossible to prove. In which case, the claim +1 God exists becomes incoherent.

Now, I am certain some smart-ass theist will come along and point out that atheists cannot prove that God does not exist, but then they have misunderstood how demonstration works.

You don't prove things exist by proving what doesn't exist.

If you say something doesn't exists but someone can conjure it up for you to test, then you'd have no further reason to claim it didn't exist.

The very reason atheists can claim God doesn't likely exist is because the burden of proof simply hasn't been met to establish, beyond a reason of a doubt, that +1 God is a valid claim.

It's true that both theologies appear tentative, but it seems to me one has a higher probability of being correct. Mainly the one which makes less assumptions and doesn't complicate the equation. The more assumptions you make the more arguments you will require to justify each additional assumption, ad naseaum--or at least as many times as will be required to get everyone to the same understanding of God.

That's the challenge. It's a rather big challenge. And it's probably why after two-thousand years of theists professing the existence of God we are still having the same ole conversation.

If only professing were enough though, because I'll tell you something--I have lots of things I'd like to profess. Like how much Angelina Jolie loves me, the fact that I'm a multi-billionaire, and how I will likely live to eight hundred years old. Well, like I said, professing is one thing--proving it all is entirely another thing.